This is part 4 of my review series of the 2021 Ram 1500 TRX. If you missed the first part, explaining why we are doing a review series and looking at the one downside to the TRX, click here. If you are familiar with the series, here is a look at the real world performance capabilities of the supercharged super-truck. 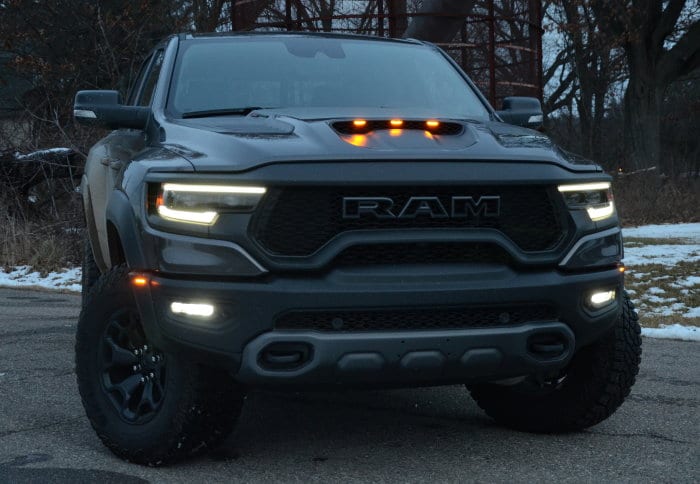 The 2021 Ram 1500 TRX is built to conquer just about any off-road setting within reason, but there is a good chance that many owners will spend most of their seat time on paved roads. The TRX is the first off-road vehicle to feature the supercharged “Hellcat” Hemi, complete with hearty off-road tires. Those tires are less-than-ideal for on-road performance and they effectively limit the capabilities of the TRX. The tires have a speed rating of 118 miles per hour, so per federal regulations, the TRX is limited to 118 miles per hour. These big off-road tires simply aren’t engineered to go very, very fast, as the intention is for them to be pushed to their limits on dirt, so they aren’t safe at very high speeds.

These tires also aren’t ideal for the drag strip, as they are made to grip best when sinking down into the footing, not when launching on perfectly smooth pavement. This leads to official acceleration numbers that are a bit slower than we expected. The company claims that it takes 4.5 seconds to sprint from a stop to 60 miles per hour while a standing quarter mile takes 12.9 seconds. Even at more than 6,500 pounds with a driver, those numbers seem a bit slow for a truck with 702 horsepower and 650 lb-ft of torque. 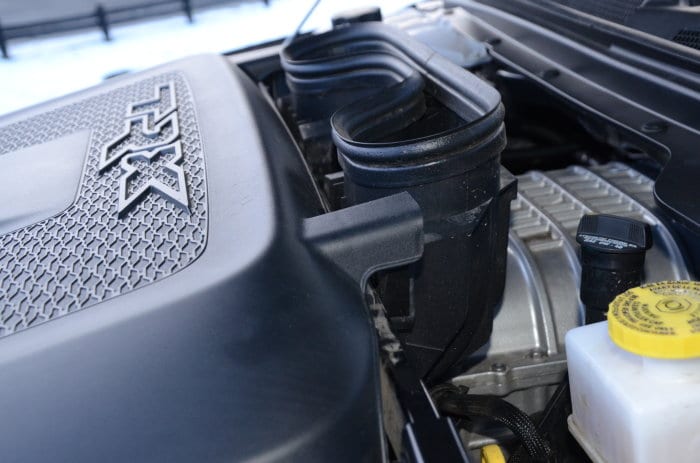 Fortunately, when I first tested the TRX last year in California, I found that the official acceleration numbers were very conservative. Most people who tested the supercharged Ram were able to get into the 3-second 0-to-60 range, myself included, and that was at the high elevation around Lake Tahoe. I was eager to see what kind of performance the TRX would offer at better elevation in the Metro Detroit area and, needless to say, the Hellcat-powered pickup did not disappoint.

Hard Launching with the TRX

While I had the 2021 Ram 1500 TRX in my possession, someone with access to private, paved land allowed me to bring the truck out for hard testing in a safe environment. This was not a drag strip, so there was no preparation to the surface, so it was more or less identical to the average public road, except a little cleaner. The area where I was doing my testing was not long enough to make full quarter mile runs, but I had plenty of room to make hard 8th mile pulls. This testing was done at roughly 900 feet above sea level with a temperature of roughly 28 degrees Fahrenheit. 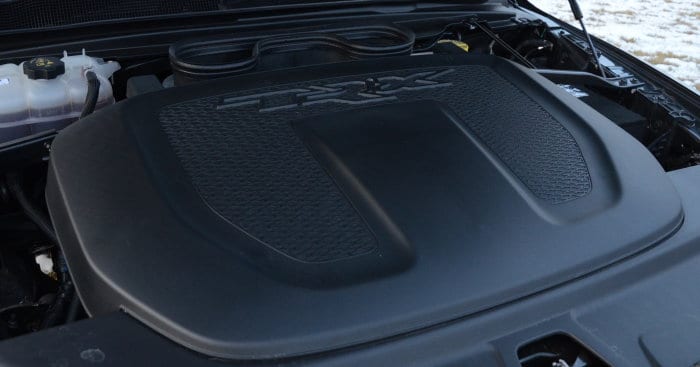 I started by making some 0 to 60 pulls in Sport mode without launch control. Having tested all of the modern Mopar performance machines with launch control, I find that they can all get to 60 without the gadgetry, with the exception of perhaps the 2018 Demon. I would bring the engine RPM up just enough to take the slack out of the drivetrain and let’er rip. This yielded multiple back-to-back 3.9-second sprints to 60. I then stretched out from 60 to the 8th mile and with 0-to-60 times in the 3.9-second range, I was getting to the 8th mile in the high-7-second range. However, there was a slight rise in the pavement a few hundred feet out from the starting line that I thought might be slowing me down, so I found what appeared to be a flatter section of pavement. 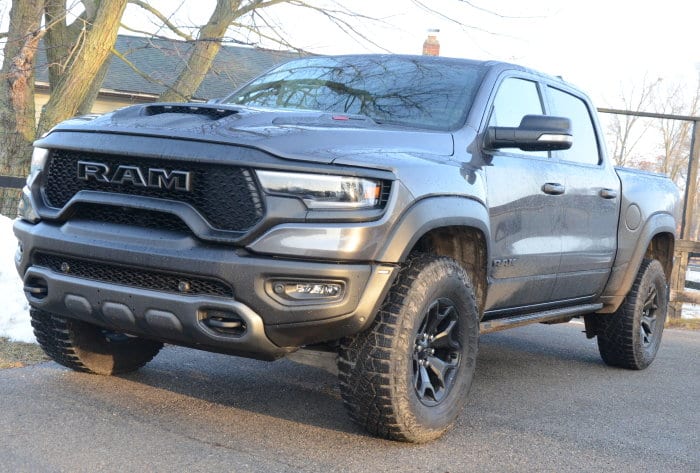 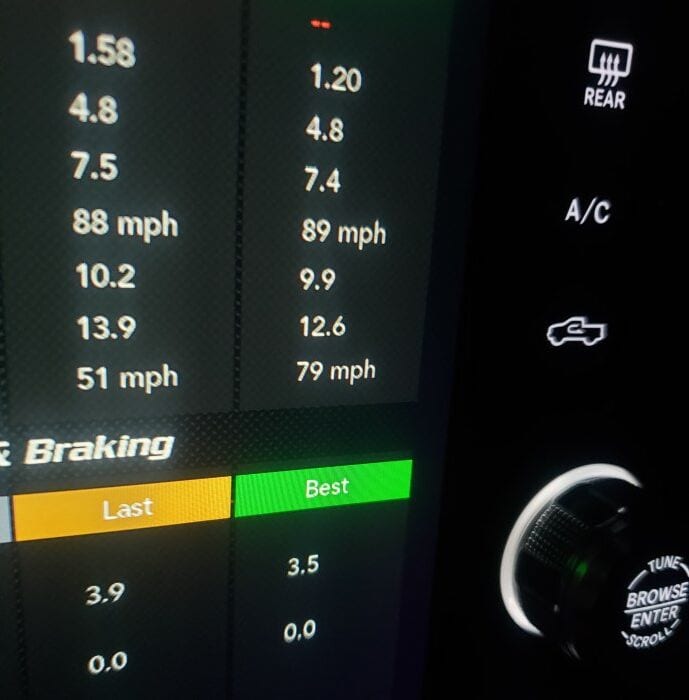 For those wondering, a 7.4 8th mile in a Hellcat Challenger typically leads to a quarter mile time well into the 11-second range. Due to the weight and aerodynamic properties of the TRX, I don’t think that it would get deep into the mid-11-second range, but in factory stock form, the TRX is at worst a low-12-second truck. With stickier tires, it will go 11s for sure, although a good, hard quarter mile run might leave the driver to deal with the speed limiter at 118 miles per hour. 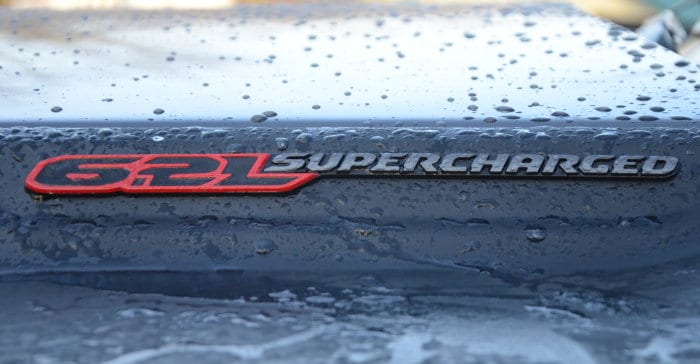 Most importantly, with the ability to cover an 8th mile of pavement in the mid-7-second range, the Ram 1500 TRX will beat almost everything on the street in a short sprint. I am not just talking about beating other trucks – getting to 60 in the mid-3s is good enough to hang with some supercars. Also, running mid-7s in the 8th mile will make the TRX a very formidable foe at the local drag strip on street car night, as the full-time four-wheel-drive makes repeated hard launches – even on cold pavement – very easy. 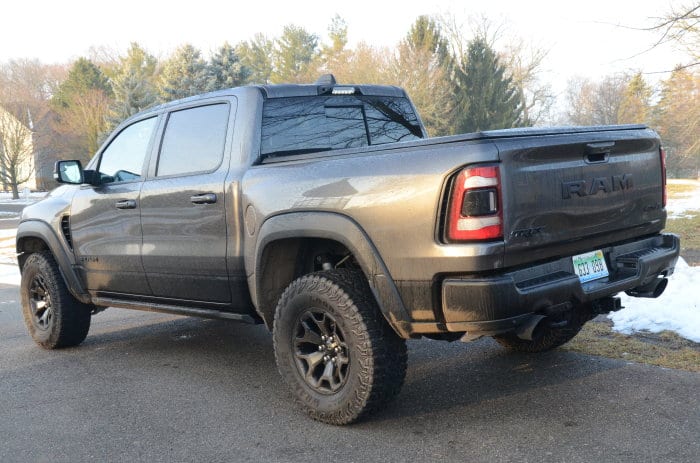 Now, let’s say that you are sitting at a stop light and you just hammer the throttle without any preloading of the transmission. This is the kind of situation that you may find yourself in if the vehicle in the other lane catches you off-guard, yet you still want to put him in the rearview mirror right away. I was able to get to 60 in the low-4-second range just suddenly stomping the throttle, which is still a stunningly quick time for a truck of this size. 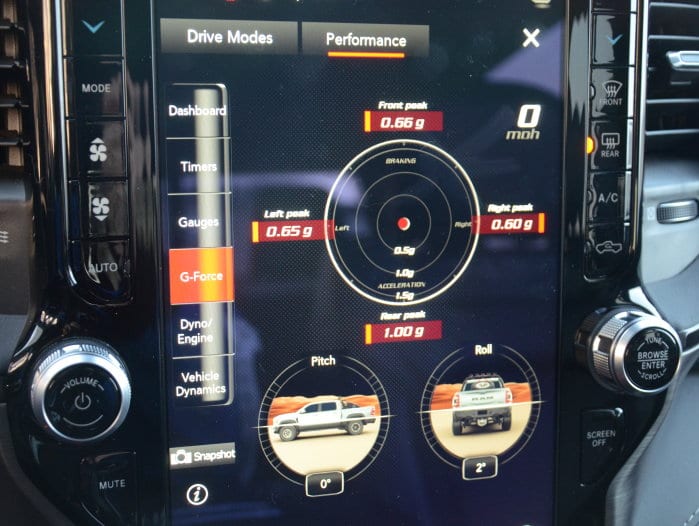 It should also be noted that while making these hard acceleration runs, the on-board performance measurement system recorded launch forces of a full G. That is an insanely hard launch for a truck of this size on off-road tires, showing just how well the TRX uses the available power.

Many people have asked how much of a restriction is caused by the top speed limiter of 118. The answer is “a ton”. I had joked in the past that the Ram 1500 TRX likely hits the speed limiter in 4th gear, but I found that was not true. While testing at the private facility, I made a couple hard pulls, starting at 60mph in 4th gear and pulling hard to the speed limiter at 118. I hit that speed cut just after the shift into 6th gear on a hard 60 to 118 pull. In other words, without the speed limiter, the Ram TRX has all of 6th, 7th and 8th gear to continue accelerating once the speed limiter has been removed. This truck, without the limiter, will go way faster than 118 and removing the limiter is an easy job for a tuning shop, so I expect to see privately owned TRXs going faster than 118 right away. 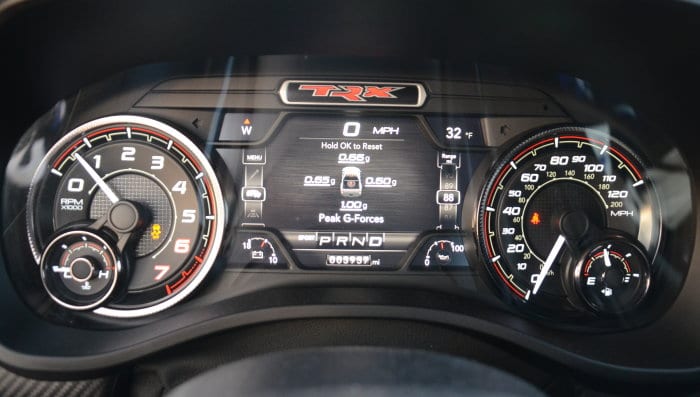 That being said, anyone who does that will not want to attempt those big speeds with off-road tires, as they aren’t made to withstand the internal forces at big speeds. The last thing that you want is a front tire of a 6,500-pound truck disintegrating at 130 miles per hour.

So, if you have a 2021 Ram 1500 TRX on order, unless you live in extremely poor geographic conditions, you can expect that your truck will regularly exceed the official performance numbers. Whether sprinting from a stoplight or racing at the drag strip, the TRX is one of the quickest production vehicles available in the United States right now while obviously being the quickest production truck ever.