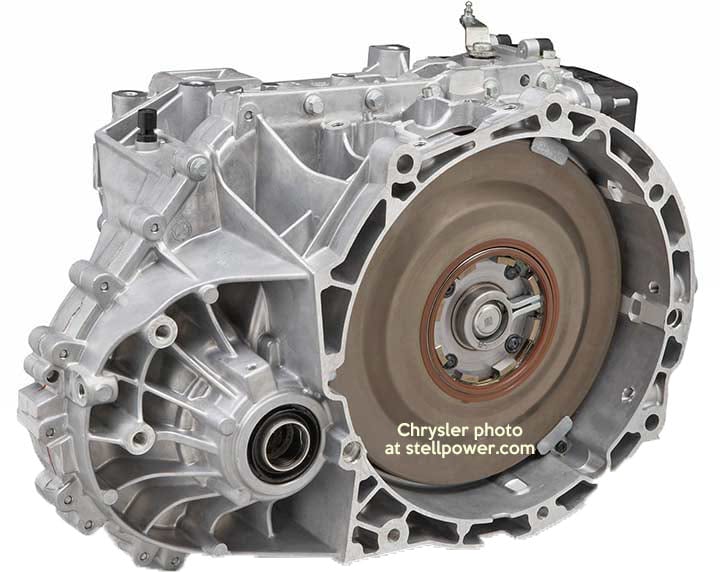 Back in the days when there was still a Chrysler Corporation, engineers started working an a manual transmission that shifted itself—a dual-clutch automatic of the style later produced by Fiat, Ford, and others. At the time, such transmissions had never been successfully used in light-duty vehicles, but were used by heavy-duty trucks.

The transmission was supposed to leave its long development in 2009, debuting in the Dodge Avenger and Chrysler Sebring as well as the similar Dodge Journey. The first use was with a low-horsepower, high-torque diesel; the name of this version was 62TEM (Transverse Electro-Mechanical). Another version, designed for  trucks, was the 79REM (Rear-drive Electro-Mechnical). Neither ever appeared, partly because Cerberus broke their production contract with Getrag. They did get as far as the “would have been produced” stage, but disappeared after that—presumably when Fiat Chrysler chose to bet on the ZF eight-speed and nine-speed automatics instead.

The dual-clutch setup had one clutch for odd gears (1, 3, 5, and sometimes 7) and Reverse, and one for even gears (2, 4, 6). The computer would pre-select the next gear and position the clutch appropriately while the other clutch was still engaged; one would release while the other engaged, so the vehicle stayed under power longer. The gear arrangement helped with choosing ratios, too. Since the clutches created a direct mechanical connection, there was no torque converter.

The system had provisions to deal with stops (e.g. at traffic lights) and slipping when going on a hill from a standing start, and was reportedly extremely smooth. The transverse-engine version, meant for front drive cars, had an integrated final drive and differential.

The 62TEM (front-wheel drive transverse electromechanical transmission) had one overdrive with 500 Nm (370 pound-feet) maximum input torque and a 210,000 mile lifespan; it was designed for a 10,000 pound gross vehicle weight. The 79REM allowed for 850Nm of input torque; it could be used in a 26,000 pound GVW truck with a 300,000 mile life. Both were reportedly tested and ready.

Chrysler’s system was a wet, multi-plate clutch setup, rather than the dual dry clutch (DDCT) used by Fiat. Keeping the clutches immersed in oil kept them cooler; the clutches were also actuated by hydraulics. It was developed in partnership with Getrag, with both companies attaining patents in the project. Frank Klegon told Automotive News to expect 700,000 transmissions per year, back in 2007, enough for about a quarter of the company’s cars and trucks at the time.

Rumor had the truck transmission being dropped by DaimlerChrysler’s German executives due to the cost; this was before the eight-speed was planned for any American vehicles.

It was adapted to the Chrysler ME-412 prototype car, and part of it may be in use today—but not in Stellantis vehicles.