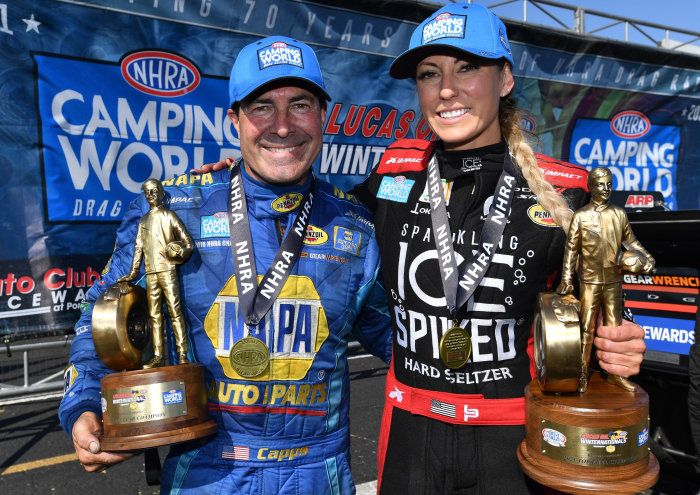 The Don Schumacher Racing team got off to a slow start this season, but the team drivers in both Funny Car and Top Fuel have been building momentum over the past few events. Ron Capps has routinely been one of the quicker cars in his class with his Dodge Charger SRT Hellcat funny car, he came into the Winternationals without a win this season. The same was true for Leah Pruett, who finished second at the Sonoma Nationals last weekend, but the late-run event at Pomona proved to be ideal for both of these Team Mopar drivers.

The Dodge Charger funny cars in the field at the 2021 Winternationals looked strong right out of the gate, with Cruz Pedregon, Ron Capps and Matt Hagan sitting 3rd, 4th and 5th after the first round of qualifying, trailing Blake Alexander and Robert Hight in the top 2 spots. That order wouldn’t change through the second round of qualifying, but in the third round, Capps laid down a 3.941 to jump up into the top spot. As a result, Pedregon dropped to 4th for the start of the eliminations. 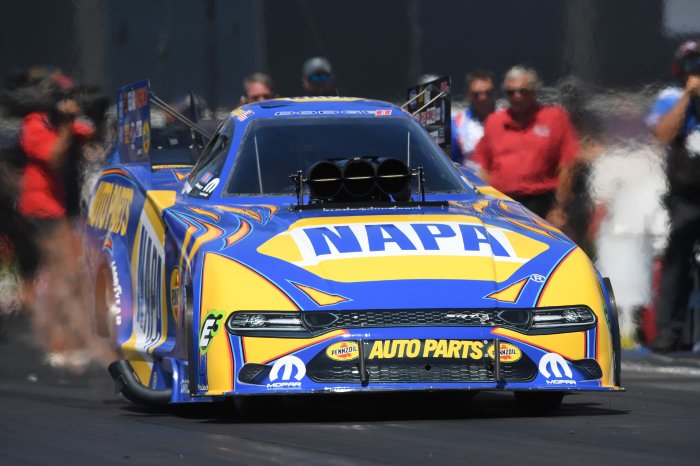 In the first round of eliminations, Capps and his Charger made short work of Bobby Bode, running the quickest time of the class for round 1 (4.020). Pedregon and his Dodge beat Tim Wilkerson and his Ford Mustang, but the first round didn’t go so smoothly for Matt Hagan. He lost a tight drag race with John Force in which he had the starting line advantage, but the Camaro drove around the Charger Hellcat Redeye funny car on the big end.

In the second round, John Force continued his assault on the Team Mopar drivers, beating Pedregon in a race in which both drivers had issues. Meanwhile, Ron Capps continued his run to the top of the ladder, running the quickest elapsed time of the class for the second round in a row (4.151) with his Charger while beating Bob Tasca III in the Ford Mustang funny car.

In the third round, Ron Capps got revenge for both Pedregon and Hagan, beating John Force while once again running the quickest ET of the class. On the other side of the bracket, JR Todd beat Jim Campbell to advance to the Winternational finals. 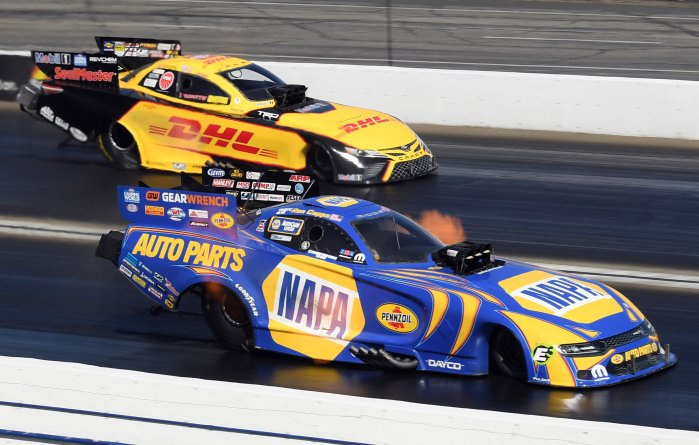 In the final round, JR Todd had the starting line advantage, but Capps ran him down and claimed his first win of the season. In doing so, Capps ran the quickest elapsed time in every round of eliminations for the 2021 Winternationals. You can watch his final round run in the video below.

Coming into the 2021 Winternationals, Steve Torrence had won five out of the past six events while his teammate Billy Torrence won the other event during that time. To say that this family dominates the NHRA Top Fuel class is an understatement, but over the past few events, Leah Pruett has been building momentum with her Don Schumacher Racing dragster. After she finished 2nd last week in Sonoma, narrowly losing to Torrence, she came storming back to get her first win of 2021 in Pomona. 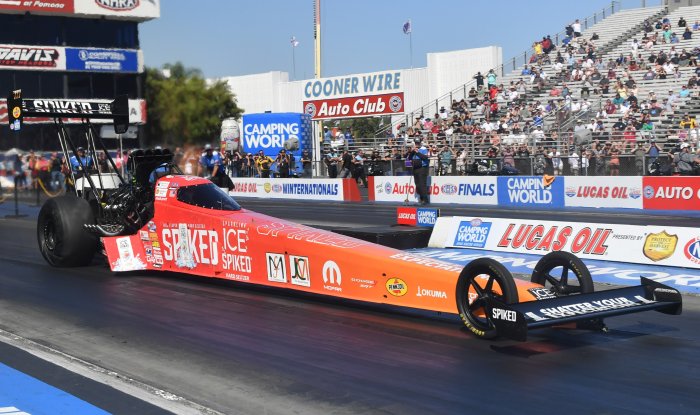 Pruett beat Steve Chrisman in the first round while teammate Antron Brown won a huge race against Steve Torrence. Pruett then had a bye in round 2 due to the short field while Brown beat Shawn Langdon to advance to the semis. In the semis, Brown’s day came to an end at the hands of Justin Ashley, but in beating Mike Salinas, Pruett advanced to the finals. 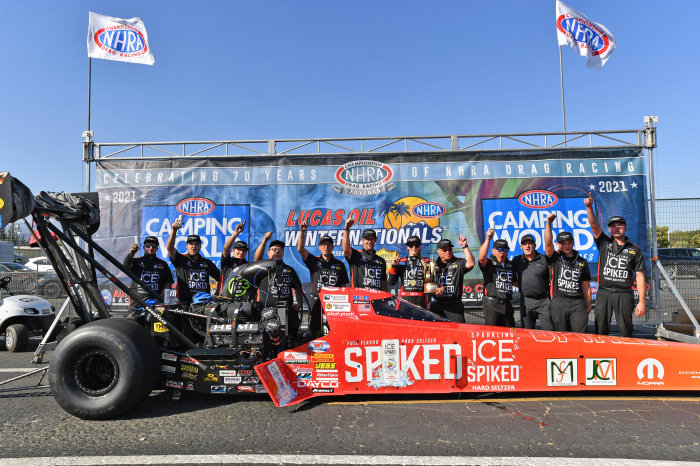 The final round was an odd one, with Justin Ashley climbing out of his car as he succumbed to heat exhaustion literally seconds before pulling into the burnout box. As a result, Pruett had a free pass in the finals to her first win of 2021. You can watch her final round run below.

With the win, Ron Capps has now jumped up into the top spot in the Funny Car championship standings, leading Bob Tasca III by 5 points. Matt Hagan sits 5th 45 points back and Cruz Pedregon is 9th, 197 points behind Capps. At this point, many drivers still have a very real chance of winning the championship in the Funny Car class. 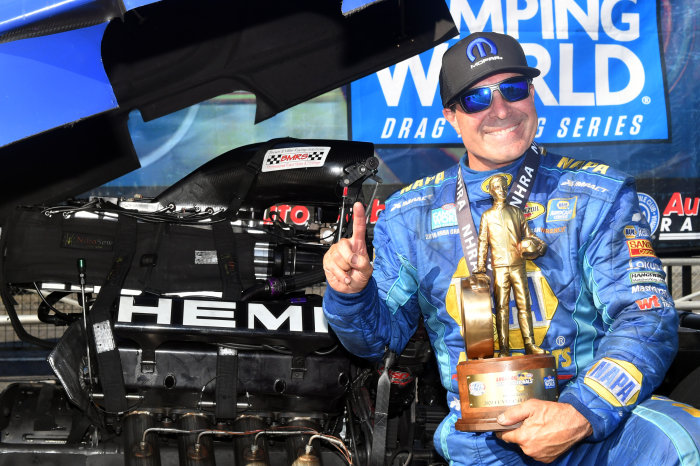 In the Top Fuel class, Leah Pruett’s win moves her into 4th place, 435 points back of Steve Torrence. Antron Brown’s strong day in Pomona helped him gain some ground on Torrence, but he still sits 2nd, 313 points out of the top spot. Realistically, it seems unlikely that anyone will catch Torrence before we arrive at the “countdown” portion of the schedule, at which point the top 10 drivers have their totals adjusted to bring everyone within a reasonable distance of the leader for the final 7 races.