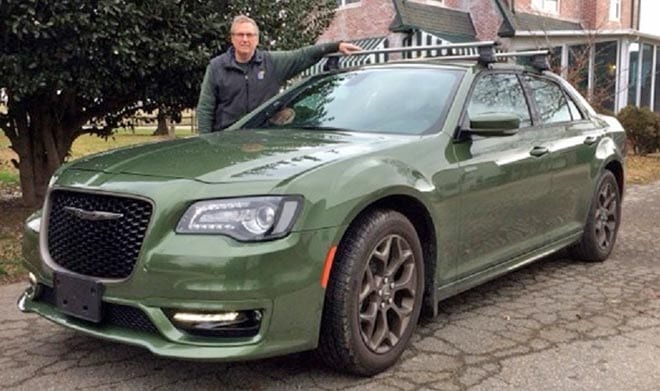 Frank Rhodes, Walter P. Chrysler’s great-grandson, has been battling to save the Chrysler brand for years. Chrysler has been battered and abused since the 1970s; its upscale image was diluted with thinly disguised Plymouths, and then the brand was starved of new product—the always-in-the-future Portal and Americanized Grand Commander notwithstanding. The 300 went from being the SRT8 flagship to having only the V6 and base V8, except in Australia. The 21st-century “lighter side” was being the sole Mopar-minivan brand in the United States, in a country where minivans and sedans have fallen into niche status.

Rhodes has been talking to journalists, bloggers, and both FCA and PSA people for years, trying to promote Chrysler; he educates with stories of the brand’s innovative heritage and keeps trying to make contact. As he reaches more people, he may be doing more for Chrysler than Chrysler itself.

Why bring this up? Because, lately, pundits have been predicting which brands would be killed off by Stellantis once the deal is done in a couple of weeks. Chrysler is slated to be on the block by most of them, though Alfa Romeo has proven to be more of a distraction than a success and Lancia remains on life-support in its one remaining market (Italy).

The value of Chrysler is hard to estimate without market research, but the pundits do have some facts right. The brand has not really been defined well by generations of product planners and brand leaders; many do associate the name with bankruptcy, more than with innovation; and there isn’t much room in people’s heads for nuance with car brands—Toyota reliable, Honda sporty-reliable, Ford trucks, Chevy American, Mitsubishi hard to say or spell, Dodge muscle. For most people, the next one is Chrysler bankruptcy.  Fiat and PSA do have other brands for the United States, including DS (unknown to nearly all Americans), Citroën, Peugeot, and a panoply of skeletons—Imperial, Humber, Hillman, Sunbeam, Maxwell (handy for electric cars because there was that other Maxwell), and of course the barely-alive Lancia, Vauxhall, and Alfa Romeo. Opel cannot come to the United States, per an agreement with General Motors.

FCA does have an absurd number of brands already, but PSA CEO Carlos Tavares said last year, in a television interview, that they all have a purpose; and that all the brands would probably survive a merger. Many at the enthusiast site Allpar, who have followed the brand through several owners, believe that Chrysler is best positioned to take on new cars based on Peugeots, or for that matter federalized Peugeots; these include both sedans and crossovers. While “doing the job right” might require serious redesigns, there are Peugeots that could be redone very quickly for American sale to strengthen Chrysler’s standing.

That should make Walter Chrysler’s great-grandson happy, but there’s much more to be done to take the tarnish off of the Chrysler brand. Stellantis leaders must go back and rediscover what made Chrysler the car to have in 1924-1930—the same formula that turned Plymouth into one of the country’s biggest auto success stories, albeit a forgotten one. Michigan’s engineers have proven over and over that with the right leadership and structure, they can pull off miracles, and that is what we need.

Do it, guys. Frank Rhodes is counting on you.