The Kia Sedona has been a perpetual far-distant-last-place entry in the American minivan market, but that may change with the 2022 model. Kia is switching to the global nameplate Carnival at the same time. 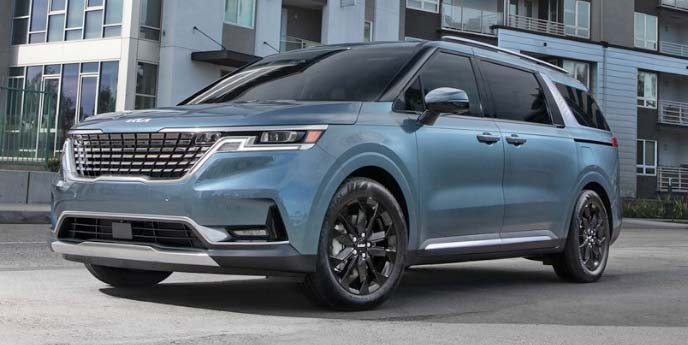 The new Kia Carnival minivan is shaped more like a Range Rover than a Dodge Caravan, with a two-toned interior whose seat color has more in common with the upscale SUV than the Sedona. The dashboard has a modern “driver pod plus large digital display” feel which seems more up to date than the Pacifica’s; the round gauges contrast with the pure digital center screen.

The middle seats lean back but also have railroad-like footrests that rise up with optional VIP Lounge Seating. 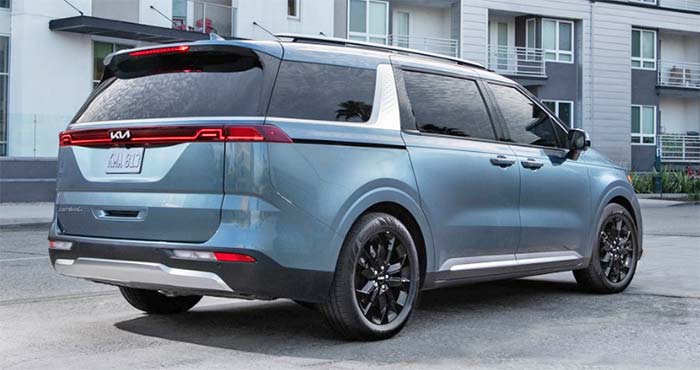 The three-row minivan has seven or eight passenger seating, claiming best in class passenger and cargo space: 40.2 cubic feet behind the third row (vs Chrysler’s 32.3) and 145.1 cubic feet at most (vs Chrysler’s 140.5 cubic feet). Like the Pacifica, it has hands-free door openers.

The Chrysler Pacifica has just been updated, making it likely that the upgraded Kia Carnival will have an open field for a few years; that said, Chrysler does have all wheel drive and a plug-in hybrid option, neither of which is currently available on the Kia. It is yet to be seen whether Chrysler’s long minivan history, dual-model strategy, and AWD and hybrid options triumph over a Kia which seems, on first sight, to leapfrog it.

I Don’t see that interior as superior to the Pacifica’s! maybe the CHRY. Voyagers/Caravan and to me the top Pinnacle trim beats it!!! that trim level is total Luxury! and also did they copy fords old Lincoln look? put a Lincoln cross in the middle of the grille Presto! a old Lincoln and the back favors an older MKT!