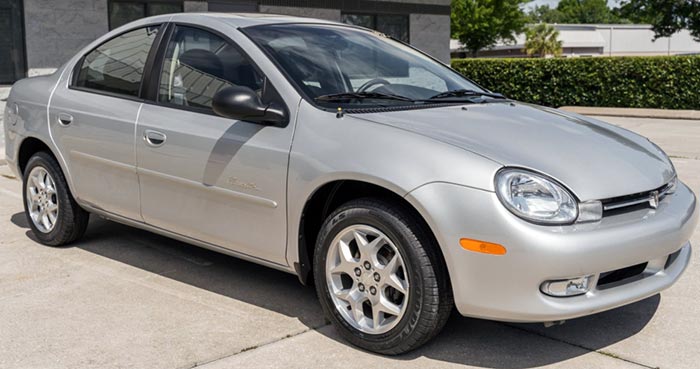 The last Plymouth ever made was just auctioned off by its original owner, Floridian and former Chrysler executive Darrell Davis, for a mere $19,000—less, when adjusting for inflation, than its original price.

The car comes with the factory banner and all original paperwork and documentation. It has the standard 2.0 liter engine and five-speed (manual) transmission, with 15-inch alloys, a sun roof, gray leather seats, and bright silver metallic paint; but it’s hardly ever been driven, with just 68 miles on the clock.

While many, even (shamefully) some of those in a club devoted to the brand, disrespected the Neon and disapproved of one being the final Plymouth, the fact is that the car was revolutionary when it launched. The early Neons may have had some reliability issues—resolved in the 1998 model year—but they absolutely dominated SCCA stock car racing in their class for years; provided better interior space than most competitors, with better handling and more power. The Neon easily outpowered the top Civic model of the time (which only had 100 pound-feet of torque, to the Neon’s 129). Fuel economy was reasonably good, too; and the car was easier to work on than many, because mechanics were brought into the design process. The three-speed automatic did hold it back, but buyers were expected to get the top-of-class New Process Gear five-speed manual.

The second generation Neon was a disappointment to many people, but given that the project leader died partway through, and the company was unwilling to upgrade the engine, it was still not a bad effort. Handling was still quite good, though the car was four inches longer, and it still ran near the top of the pack. The four-speed came shortly afterwards and made the car a better option for automatic buyers.