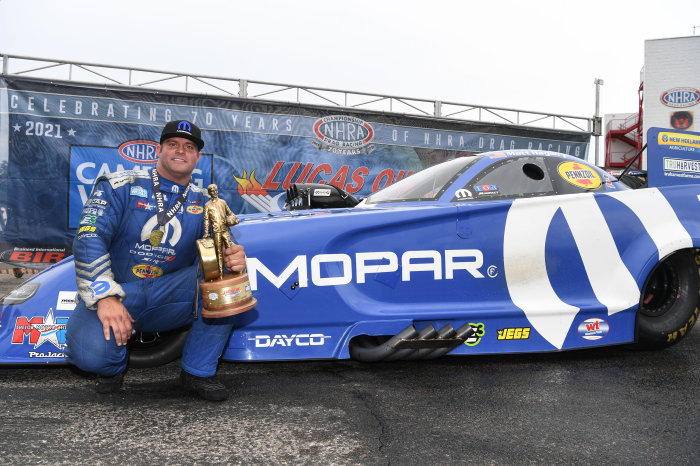 We have been busy this week talking about last weekend’s racing results for amateur Mopar racers, but the pros had a great weekend as well. Matt Hagan took home his second Wally of the year, beating Cruz Pedregon in an all-Dodge final that helped Hagan move into the top spot in the championship chase with just one race remaining before the Countdown to the Championship reset. 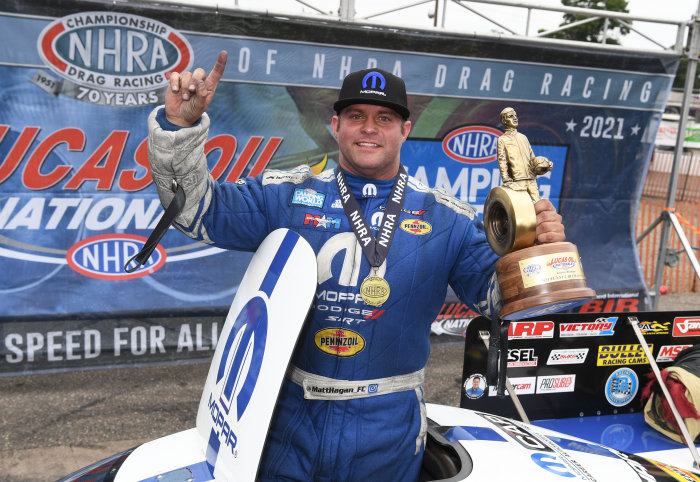 More importantly, as we reach the most critical part of the season, the Dodge Charger funny car drivers are building momentum to take on the competitors from Ford, Chevrolet and Toyota.

While the 2021 Lucas Oil NHRA Nationals at Brainerd International Raceway ended well for the Dodge Charger funny car drivers, it didn’t start off very well. In the first round of qualifying, Pedregon (below) put down a decent run of 3.995, good enough for 6th, but both Matt Hagan and Ron Capps struggled in their first qualifying pass. Hagan and Capps both pulled it together for the second round, moving up into the 2nd and 4th spots respectively while Pedregon jumped up into the top spot. However, in the final round of qualifying, the Ford Mustang funny cars came to life, with Bob Tasca III grabbing the top spot while Tim Wilkerson turned in the third-best time. 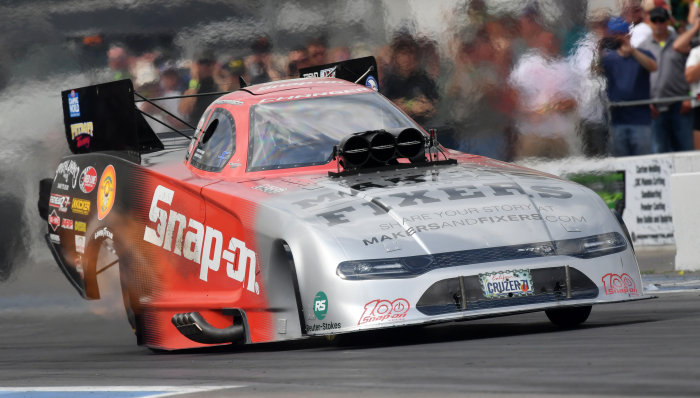 As a result, Pedregon headed into eliminations in the 2nd spot, with Hagan in 4th and Capps in 7th.

In the first round of eliminations, Cruz Pedregon ran a 3.907 (the quickest E.T. of the round) to beat while Ron Capps beat John Force in a Camaro-Charger rivalry matchup. Matt Hagan also won in the first round, beating Dale Creasy Jr. with a 3.911, which was tied for the second-quickest E.T. of the round with top qualifier Bob Tasca III, who run a 3.911 on a single pass due to the short field. 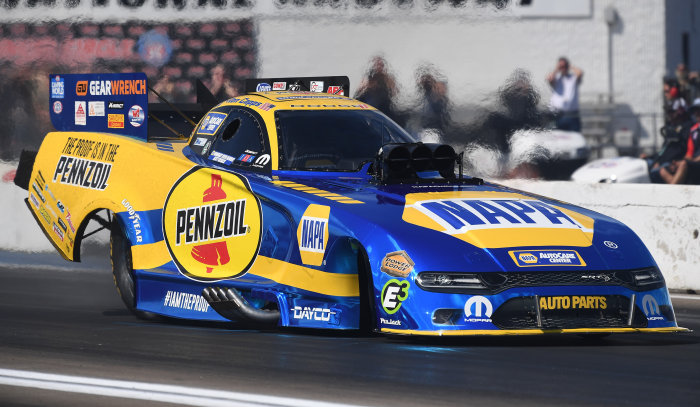 In the second round of eliminations, Hagan beat Paul Lee and Pedregon beat Capps in a battle of Dodge Chargers, but with the quickest pass of the event for any funny car, Tasca ran a 3.899 to beat Blake Alexander to advance to the semifinals.

In the semis, Pedregon took on J.R. Todd, whose Toyota Camry beat the Mustang of Tim Wilkerson to reach the final four. Cruz grabbed the starting line advantage (.058 to .074) and never looked back, winning with a 3.922 to Todd’s 3.955. On the other side of the ladder, Matt Hagan squared off with top qualifier Bob Tasca III, who had been one of the quickest cars in the first two rounds and in qualifying. Hagan took an early starting line lead (.065 to .076) and ran the quicker E.T., winning with a 3.932 to Tasca’s losing 3.940. 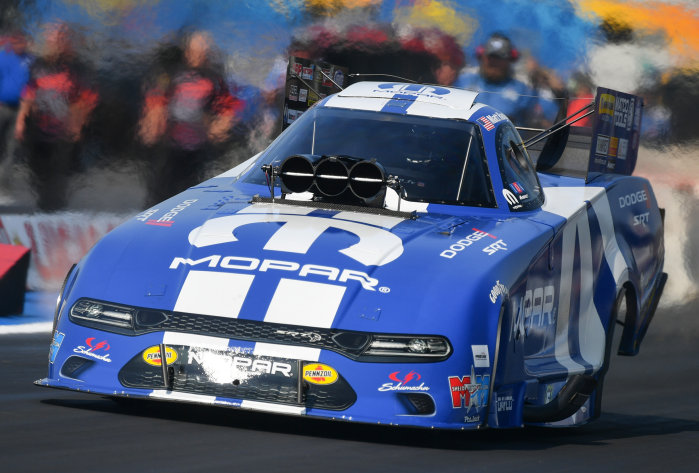 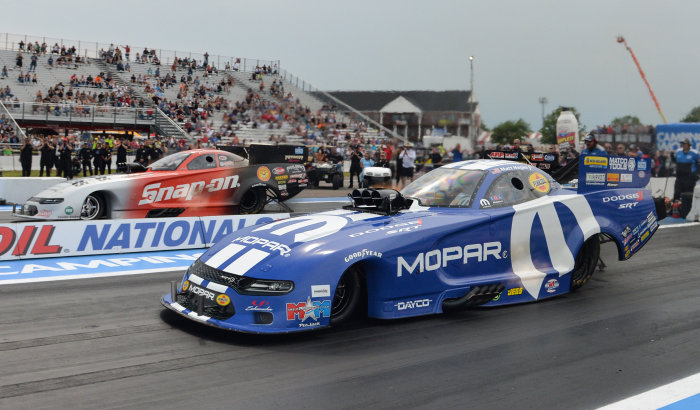 Unfortunately for Pedregon, Hagan grabbed a big holeshot advantage (.051 to .106) and pulled away on the big end, winning with a 3.923 at 327.90 miles per hour to Cruz’s 3.935 at 324.83 miles per hour. That gave Hagan his second win on the second, the third for Don Schumacher Racing and the fourth of the year for a Dodge Charger funny car. Capps and Pedregon each have a win this year as well. You can watch the final round run in the video below.

After the stop in Minnesota, there is just one race left on the schedule before the Countdown to the Championship reset. After the next race, the top 10 drivers in the class will be separated from the rest of the field with a small enough gap from 1st to 10th for all 10 drivers to have a legitimate shot at the title. This was instituted to prevent drivers from running away with the championship during the earlier portions of the schedule, but this year, the funny car drivers are in a pretty tight race.

Hagan currently leads with 865 points, 15 points ahead of both Bob Tasca III and J.R. Todd and 16 points ahead of John Force. Ron Capps is 5th, 25 points back of Hagan, and Pedregon is 8th, 153 points out of first. After the next race, the top 10 will have their scores reset so that 100 points separates 1st and 10th and the champion will be decided in the final seven races of the season.