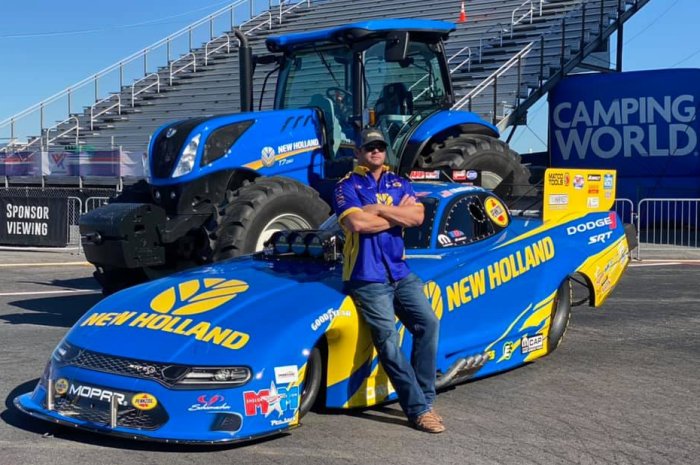 This past weekend, Matt Hagan drove his Dodge Charger SRT Hellcat Redeye Widebody funny car to victory in the NHRA Midwest Nationals. It was his third win of the season, his first during the Countdown to the Championship portion of the schedule and – most importantly – his first win since recovering from Covid-19. With this win, Hagan improved his chances of winning the 2021 championship as he currently holds the top spot, leading teammate Ron Capps by 59 points after trailing Capps by 5 entering this event. 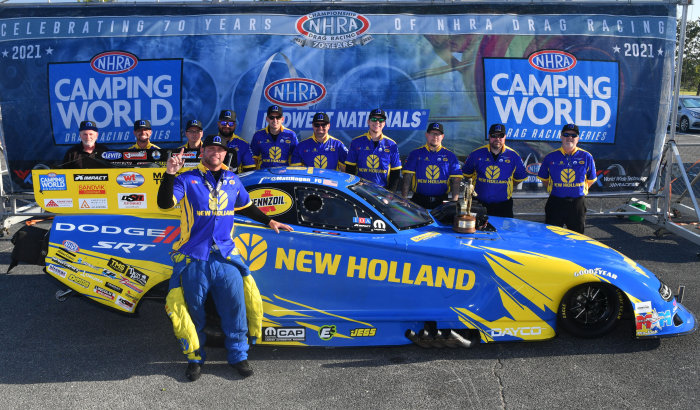 The Don Schumacher Racing Dodge Charger Hellcat funny cars of Matt Hagan and Ron Capps came out fast at the 2021 Midwest Nationals at World Wide Technology Raceway in Illinois. Capps set the pace in the first round of qualifying with a 3.888 and Hagan was a crazy-close second with a 3.889. Those numbers would keep the DSR drivers in the top spot until the third round of qualifying, when Hagan grabbed the top spot with a 3.868 while Capps ran a 3.876 for the second spot on the ladder. 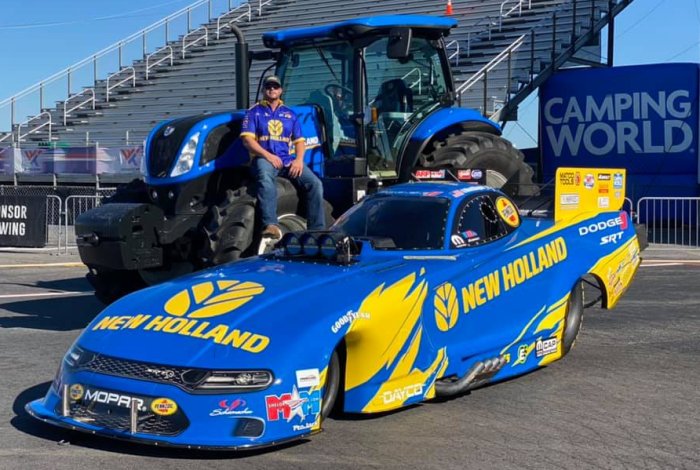 For those wondering, Cruz Pedregon qualified fifth with a 3.896 in his Dodge Charger while title contender and DSR rival John Force settled for a disappointing 10th place start.

Matt Hagan had a free pass in the first round, as there were only 15 funny cars in the 16-car field, so he got a free win in the first round of competition with his new livery, showcasing the New Holland colors. Meanwhile, Ron Capps ran the quickest pass of eliminations to beat Chris King and Pedregon beat Jim Campbell, so all three of the Mopar drivers in the championship chase made out safely out of round one.

In the second round, Hagan made the quickest pass of the round to beat J.R. Todd, which was a big win with Todd in the championship hunt. Pedregon beat Blake Alexander to advance as well, but unfortunately, Capps slept on the tree and lost to John Force.

In the semifinals, Hagan beat Pedregon in a thrilling side-by-side drag race with both cars running in the 3-second range with a speed in the 320 range. However, in the other semifinal race, both Force and Bob Tasca III had issues, so Tasca’s Mustang took the win with a 4.306 at 216. 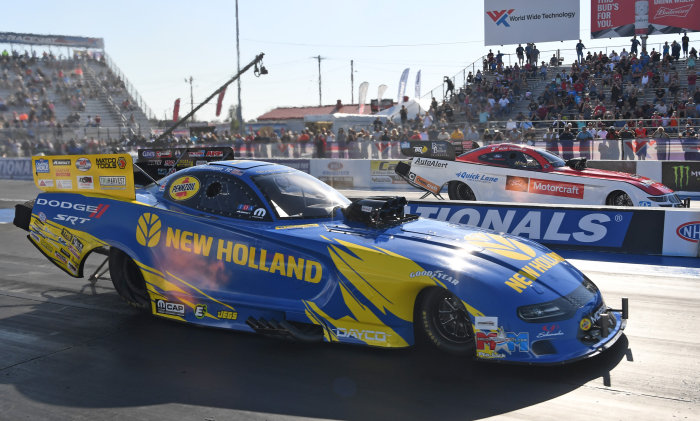 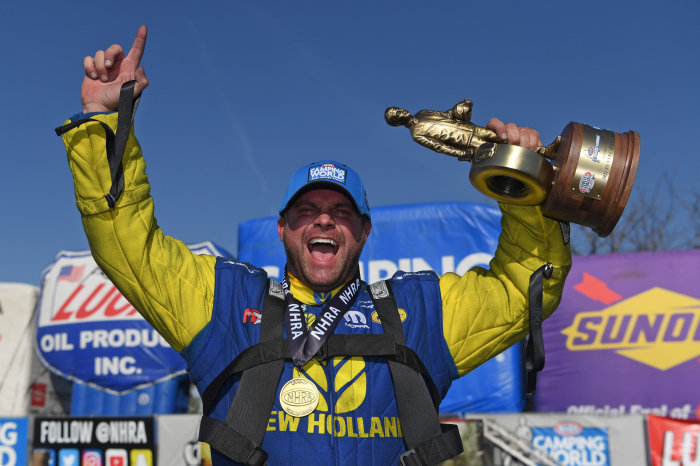 There are four races left on the schedule, so the championships is still up for grabs, but Hagan has the lead and momentum, making him the current favorite to take home the 2021 title.