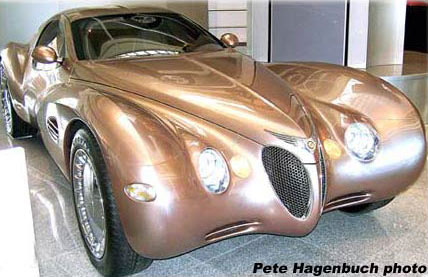 The Dodge Durango has one more model year; after that, it might keep on going indefinitely, or it might disappear from dealer showrooms. It’s quite possible Dodge hasn’t decided yet; Chrysler was surprised by the longevity of the original Jeep Cherokee (XJ) design, and has kept the old Ram 1500 Classic (DS) going alongside the pricier Ram 1500 (DT) series.  If people keep buying Durangos, it might stay in production, depending on how flexible the Jefferson North plant is.  Its chief rival, the Grand Cherokee L, has the more valuable Jeep nameplate, and similar pricing with a newer design.

Meanwhile, rumors abound about the Dodge Hornet being revived. This might be difficult, since Intrinsic Minds of Colorado has trademarked it for use truck and all-terrain vehicle parts—aided by the old Chrysler Group, which allowed it to expire back in 2010. The Dodge Hornet, according to the rumors, will be on the same platform as the Renegade and Compass, with a turbocharged 1.5 liter GSE engine—the latest suggests the 2.0 turbo is not part of the plan. This rumor has been taken up by many outlets, but might not be reliable.

Finally, there is the question of the Atlantic. The last one we recall was the Chrysler Atlantic show car, designed by Bob Hubbard as part of Chrysler’s search for a “this is what we are” car (Plymouth had the PT Cruiser and Dodge had the Viper). This trademark was first applied for in 1999, and is still live, having been renewed in 2009—but in the category of toy cars. Can there be a new Chrysler Atlantic, and if so, what would it look like? The three new Chryslers in the rumor mill over the past five years have been a production version of the Portal show car, an American version of the Chinese Jeep Grand Commander, and a crossover version of the 300.

If you know more, let us know.