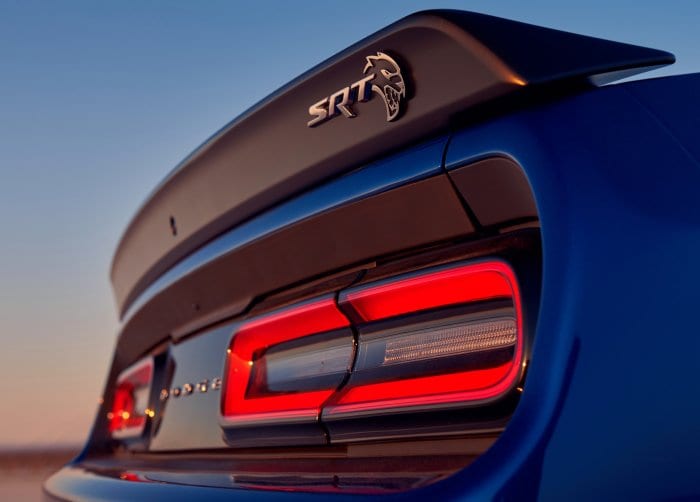 Dodge’s hottest cars, the Charger and Challenger with the 392 (6.4) or Hellcat 6.2 V8s, are getting a software update which will let owners restrict the engine to idle speed—675 rpm—with a peak horsepower of roughly 3. That’s less than 1% of their usual power.

The update is available back to model-year 2015, and should deter most joyrides and high-speed thefts for those who use it. Dodge dealers are to install it for free, on request, on Scat Pack or SRT Chargers and Challengers from 2015 to 2021. The software is expected by the end of this quarter.

The system essentially provides two factor authentication, where the first factor is the key (or at least the radio attached to the key) and the second is a simple four-digit code (PIN) set by the owner. As time has gone on, the wireless unlocking feature has been cracked by thieves with key-code spoofing gear; the PIN adds another layer of protection.

These muscle cars have been targeted, to a degree, by some criminals; locking them down to 2.8 horsepower and 22 pound-feet of torque, which is all you get at 675 rpm, should reduce the fun factor quite a bit. At the same time, they can presumably still be parked.