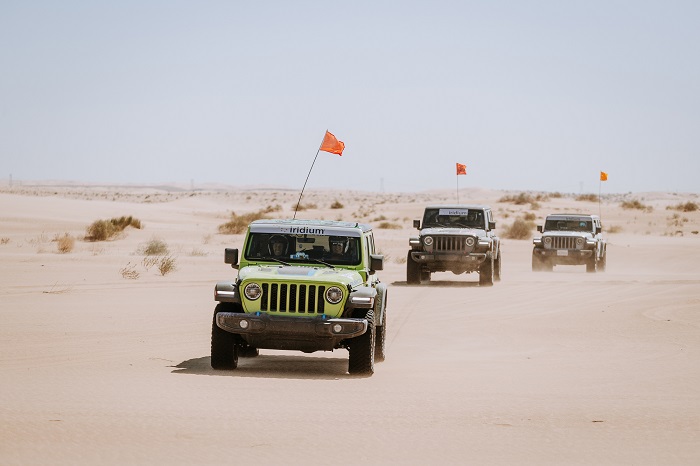 Last week, a Ford representative who had an issue with comments by Jeep brand VP Jim Morrison told the Stellantis executives to “Stay classy”. Based on dictionary definitions of the word classy – which relate to an item or person being of high quality or the best of its type – the Jeep Wrangler did just that in the 2021 Rebelle Rally.

The Wrangler stayed classy in claiming the top three spots, proving once again that it is the best off-road SUV in the North American market, but not just any Wrangler. Wrangler 4xe models finished first and second in the all-women’s off-road navigation rally, proving the off-road-readiness of the powerful gas-electric hybrid package, handily beating the Ford Bronco and all other competitors.

“The Jeep brand continues to dominate for a reason,” said Emily Miller, founder – Rebelle Rally. “Off the showroom floor, a Jeep 4×4 is an exceptionally capable vehicle to take on the Rebelle Rally. The Wrangler 4xe definitely proved itself in an impressive way, taking the top two positions in the overall competition.”

The Rebelle Rally is a 1,500-mile off-road competition that takes place in parts of Nevada and California over the course of seven days. This event allows these female off-road racers a chance to showcase their talents, but it also gives automakers an opportunity to show off their latest vehicles. 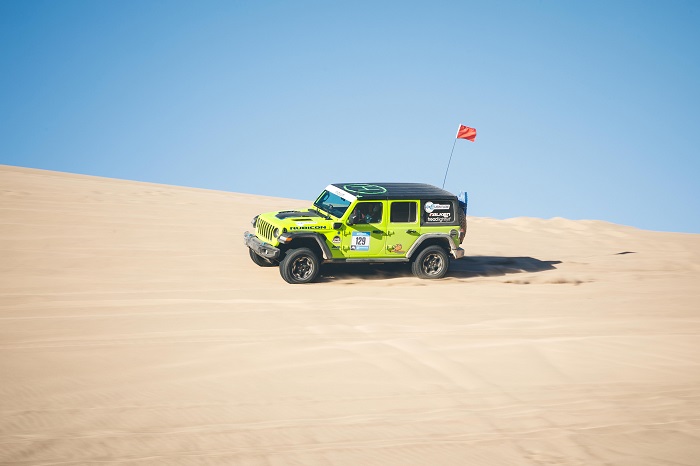 As for the automaker side of things, the Rebelle Rally gives the Jeep brand a chance to remind the rest of the industry that the Wrangler is the most off-road capable vehicle on sale today. 2021 was no different, with a Wrangler finishing 1st, 2nd and 3rd overall and with this year’s win, Jeep has won the Rebelle Rally five of the six times that the event has been held. 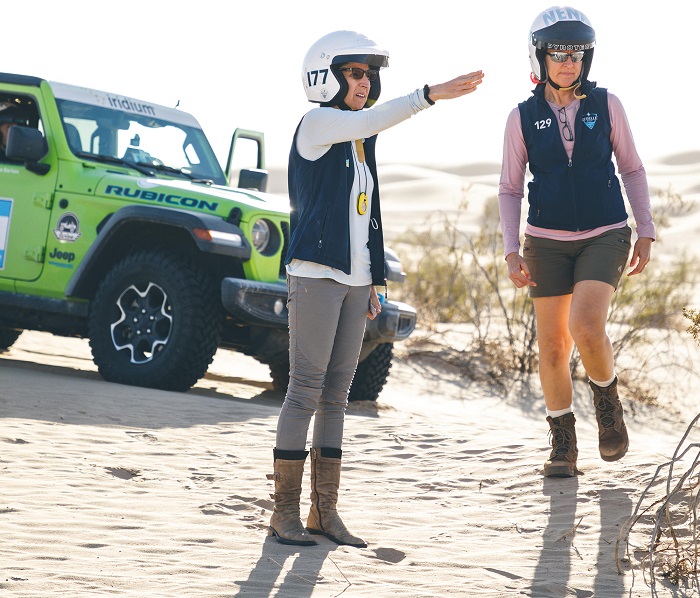 The Rebelle Rally is broken up into two groups – 4×4 and X-Cross. The X-Cross class is for smaller crossovers while the larger, heavier duty off-road vehicles compete in the 4×4 class. 4X4 is the larger class, with 42 entries this year to just 10 in the X-Cross class. Ford won the X-Cross class with a Bronco Sport, beating such notable off-road beasts like the Kia Sorento, the Honda Ridgeline and the Porsche Cayenne. 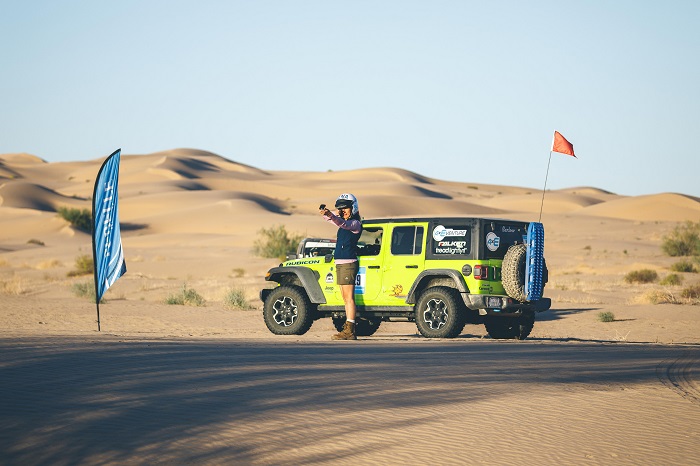 Meanwhile, all of the serious off-road vehicles are in the 4×4 class. This includes vehicles like the Jeep Wrangler, the Nissan Frontier, the Land Rover Defender, the Toyota Tacoma and, of course, the Jeep Wrangler and Gladiator. New for 2021 was a pair of 4×4 teams competing with the new Ford Bronco, giving the Motor Company a great chance to show that their newest SUV is a true competitor to the legendary Wrangler. 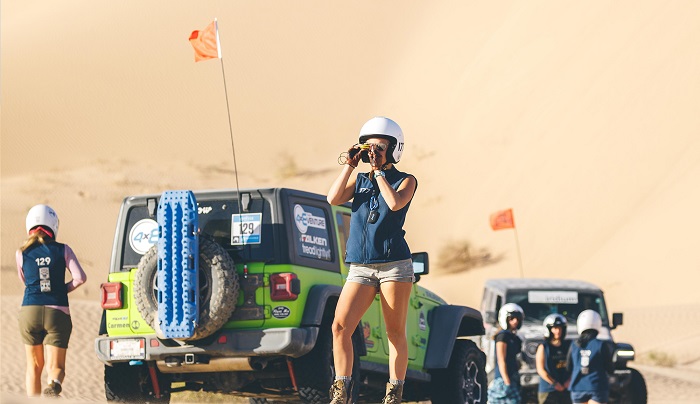 Finally, within the two main classes, there are sub-classes for Bone Stock vehicles, Electrified Vehicles and Rookies, along with other sub-classes that don’t relate to this discussion.

As mentioned above, the Rebelle Rally is run over the course of seven days, covering 1,500 miles of grueling desert terrain. The teams are assessed points for challenges along the route which test their off-road capabilities and when the dust cleared for the 2021, a Jeep Wrangler Rubicon 4xe (green vehicle shown here) piloted by Nena Barlow and Teralin Petereit claimed the top spot with 1,542 points – 95% of the total points available. 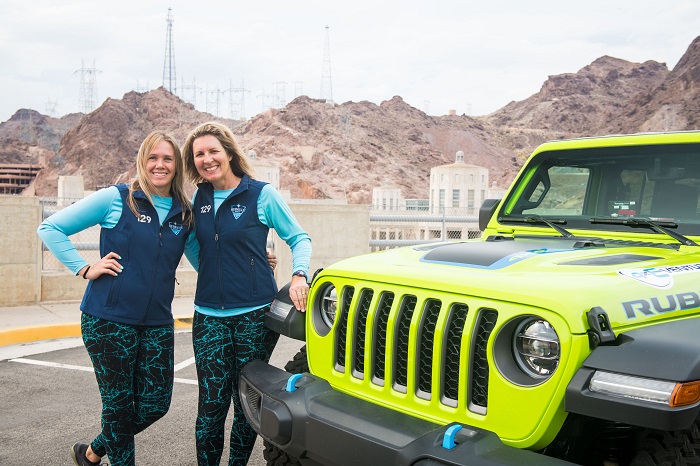 A Jeep Wrangler Rubicon 4xe (grey vehicle shown here) was second, too, with Christine Benzie and Emily Benzie accumulating 1,486 points (91%). Each of the top two finishers were also in the Bone Stock sub-class as well as the Electrified Vehicle sub-class, so Jeep Wrangler 4xe models claimed each of those titles as well. 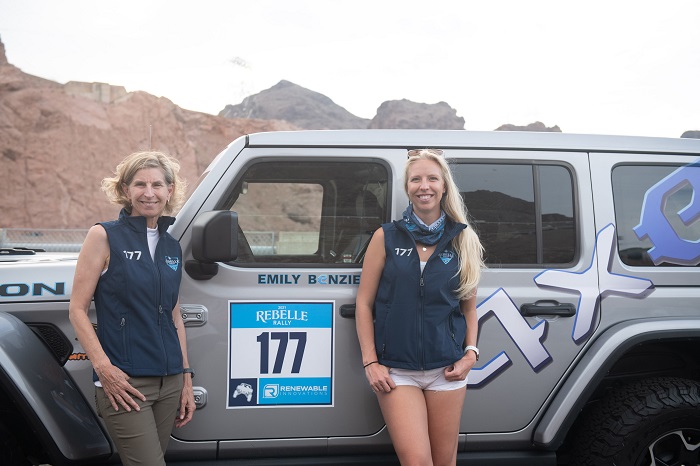 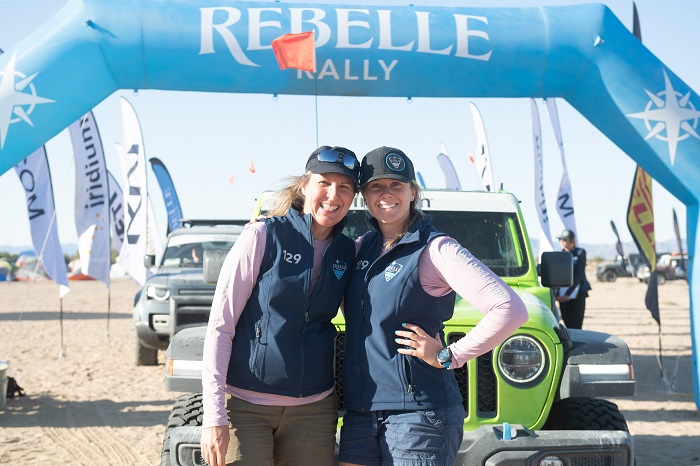 Team 4xEventure, Nena Barlow and Teralin Petereit (above), drove a Wrangler Rubicon 4xe to the overall win and the Bone Stock award. They took the most points in four of the seven stages, and never scored lower than third. This is Petereit’s third overall win; she was in the top three in her other two years, making her the most successful Rebelle Rally competitor. “The course was more challenging than ever this year, but the Wrangler 4xe made it easy,” said Nena Barlow of Team 4xEventure. “We torqued up dunes and rock-crawled mountains and washes with ease and efficiency. Not to mention, we never lacked for range or power.” 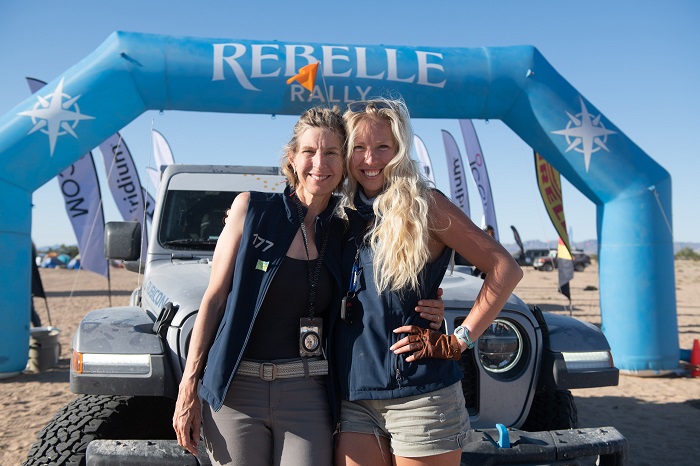 The mother-daughter team Jeep Thrills, comprised of Christine and Emily Benzie (above), drove their 2021 Jeep Wrangler Rubicon 4xe to second place; they had one stage win and never finished out of the top ten. This is their third Rebelle podium in the Bone Stock category. “The Rubicon 4xe was pure pleasure to drive during the Rally,” said Emily Benzie of Team Jeep Thrills. “The suspension smoothed the many whoops and washouts we encountered in the Nevada and California deserts. On the third day of competition, we opened the Sky One-Touch Power-Top, without having to stop the Jeep, to admire the steep cliff faces of the scenic Titus Canyon in Death Valley, and then closed it as a dust storm began to form on the valley floor. On the last afternoon, the added torque from the Rubicon 4xe electric mode combined with the eight-speed transmission created the perfect machine to tackle the soft sand in the large dunes of the Glamis sand dune complex.” 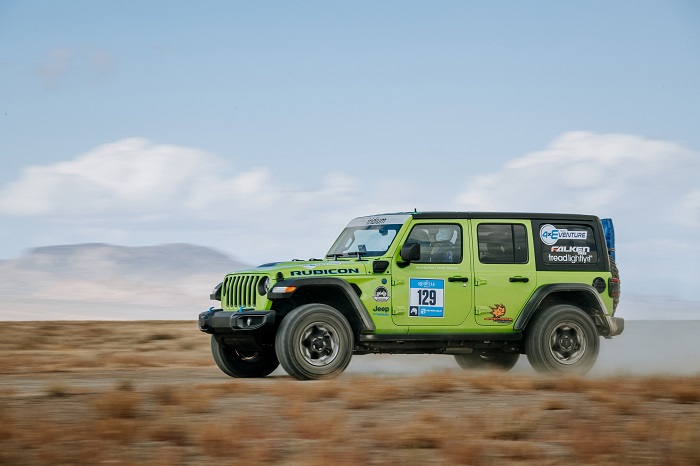 In fourth place was the best-finishing Ford Bronco, piloted by Shelby Hall and Penny Dale, with 1,451 points (89%). The other Bronco, driven by a rookie team, finished 21st overall with 1,141 points, finishing sixth among the rookie sub-class. Seeing as how the Bronco was introduced as a Wrangler killer, we expected it to be a little closer to the winning score, but it seems that it will take Ford at least another year to beat Jeep’s experience in the world of off-roading. 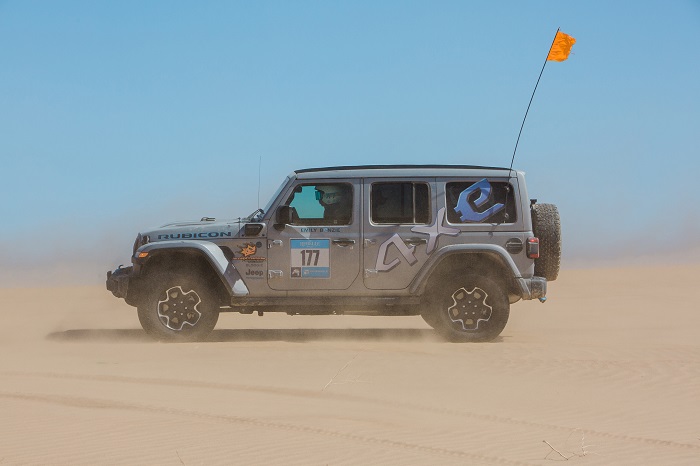 “The Jeep brand has supported the Rebelle Rally since the beginning six years ago and, this year, we were excited to showcase the new Wrangler 4xe in the most difficult off-road rally conditions,” said Jim Morrison, Vice President, Jeep Brand North America. “It’s a testament to our teams in the race and our engineering teams at home that this year Jeep Wrangler swept the podium, with two Wrangler 4xe SUVs placing first and second overall, as well taking the Bone Stock and electrified awards without a single issue the entire Rally. Congratulations to everyone who rallied this year.” 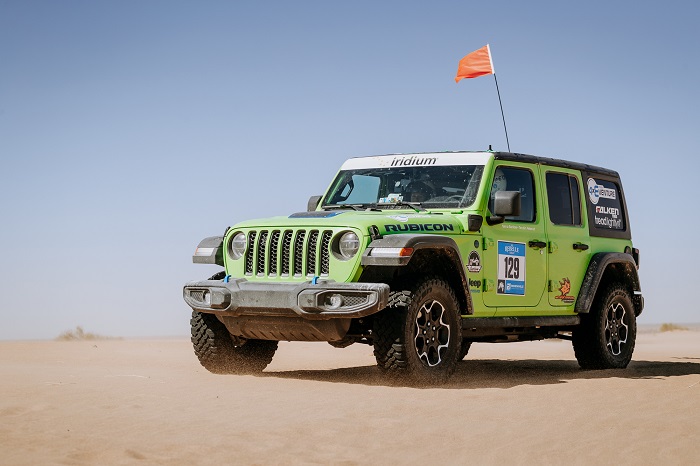 As mentioned above, this marks Jeep’s fifth win in the six years of the Rebelle Rally. 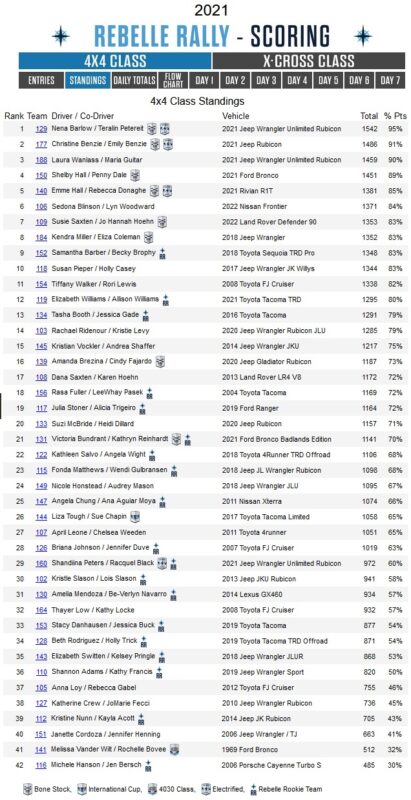