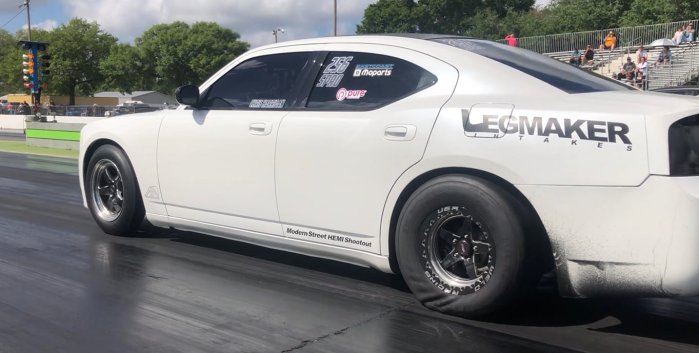 Late last month, the Modern Street Hemi Shootout opened their 2021 season with the first event at Orlando Speedworld being sponsored by Legmaker Intakes. The season got off to a great start, with the event beating any past opener by more than a hundred registered race cars, with NHRA superstar Leah Pruett serving as the host. While the heat was unrelenting, series boss Dan VanHorn credits the track crew with providing a great track – leading to some fantastic modern Mopar drag racing. 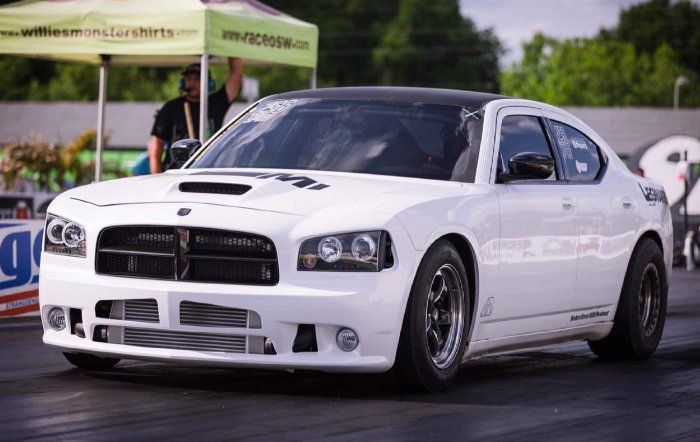 Of course, in addition to the racing program, having the NHRA Mopar driver on hand to sign autographs and pose for pictures proved to be an awesome perk for everyone in attendance. VanHorn praised the job that Pruett did as the event host, but racers and spectators alike loved the chance to meet the popular racer. 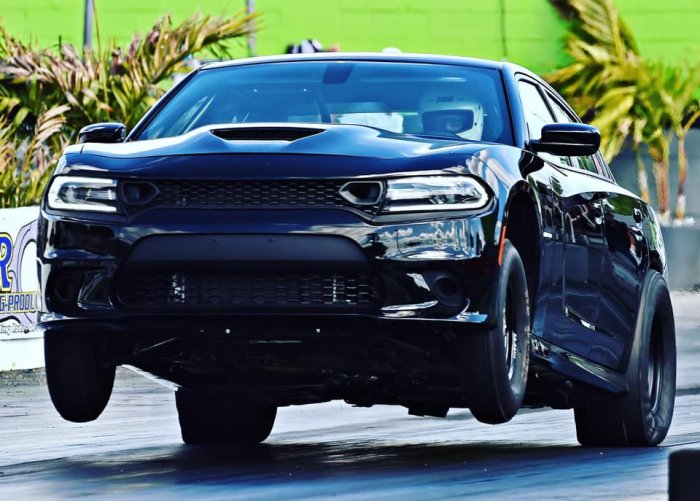 VanHorn explained that racers from Florida came out in force, but there were also many heavy hitters who traveled long distances to participate in the season opener. 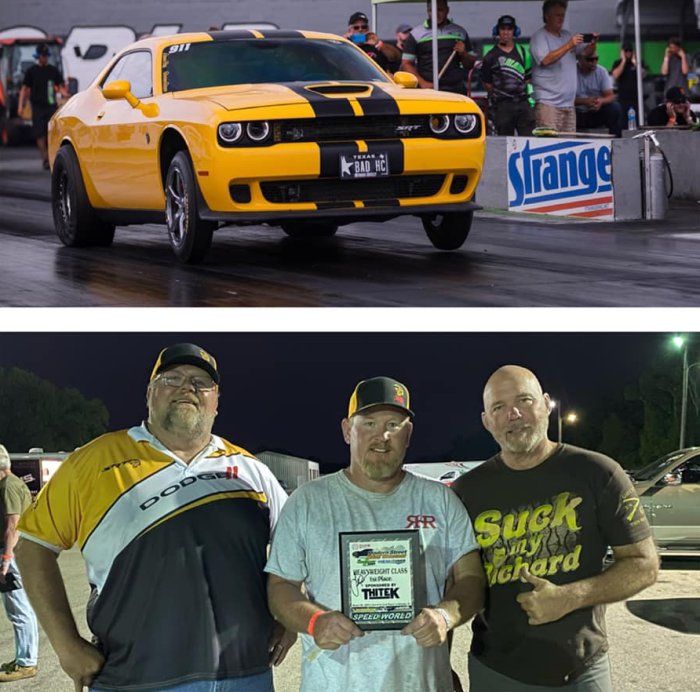 Jerome “Hellcat” Stone won the ThiTek Heavyweight class and Al Scanlon won the East Coast Moparts Bracket class, both having traveled from Texas. Al Gennarelli came from North Carolina to win the HEMI Outlaw class and Brian Brunt brought his wicked Jeep Grand Cherokee from Michigan to win the High Horse Performance 10.00 Index class and the King of the Hill – which pits all of the class winners head-to-head in a bracket shootout. To win the King of the Hill shootout, Brunt ran a 10.004 on a 10.00 dial, with a .008 light. For those who aren’t familiar enough with the ins and outs of bracket racing, that is very near a perfect run. 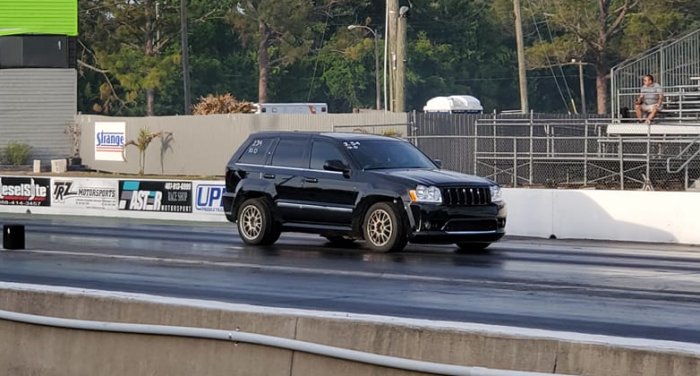 Here is a full list of results from the Legmaker Modern Street Hemi Shootout 2021 opener. 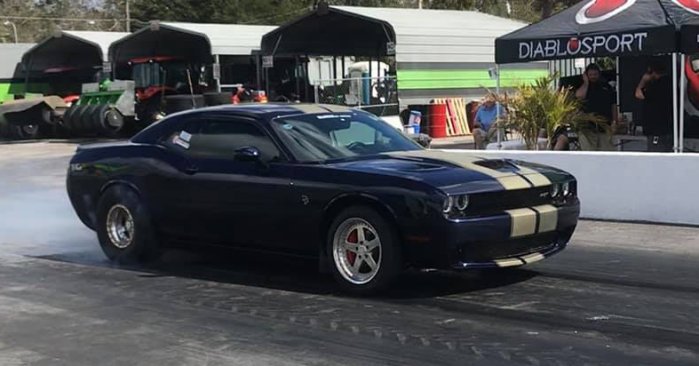 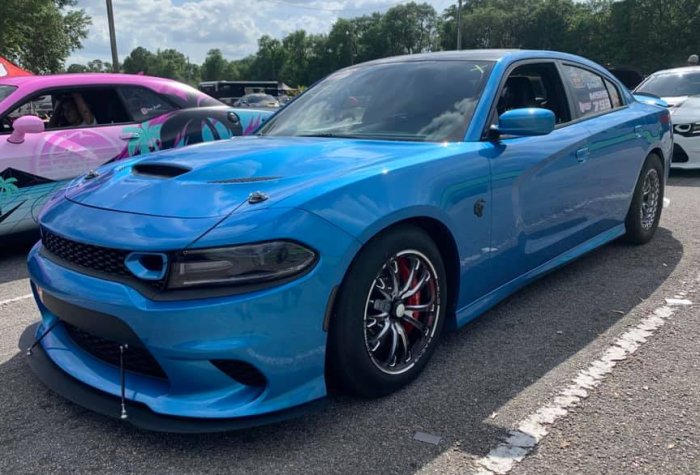 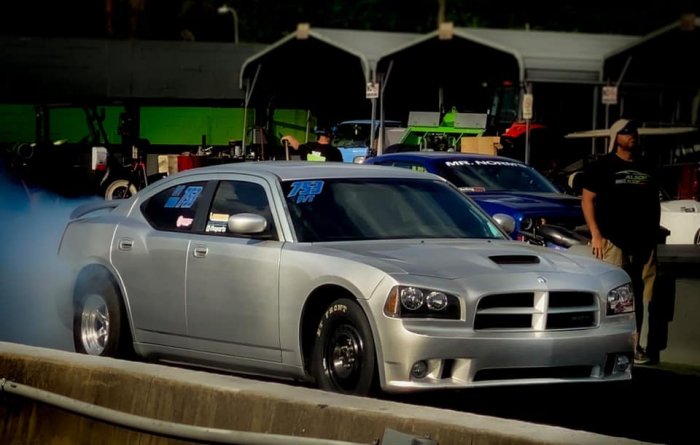 Z Automotive – King of the Hill (dial in)
Brian Brunt 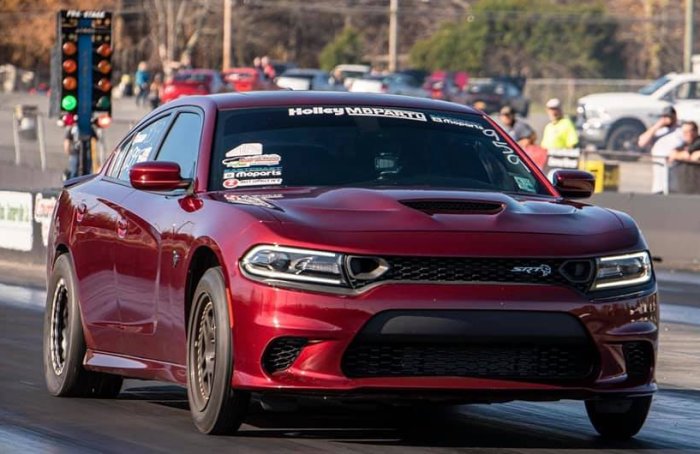 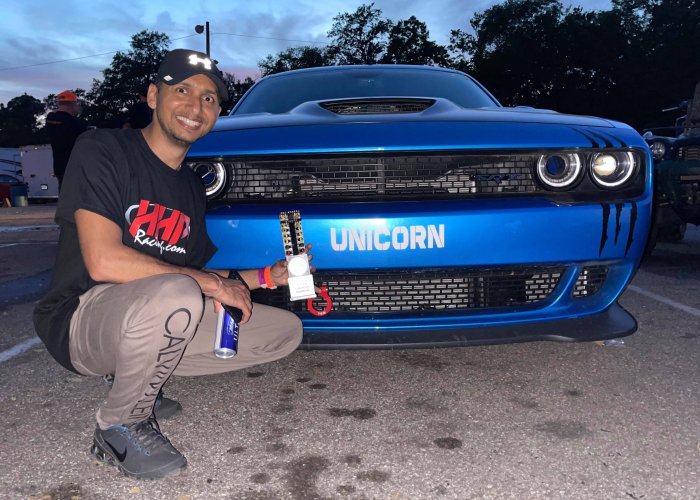 Sumit Goyal and his Hellcat Challenger (above) won the Factory Forced Induction class and went on to beat Leah Pruett in the Diablosport Challenger Redeye in an exhibition race. 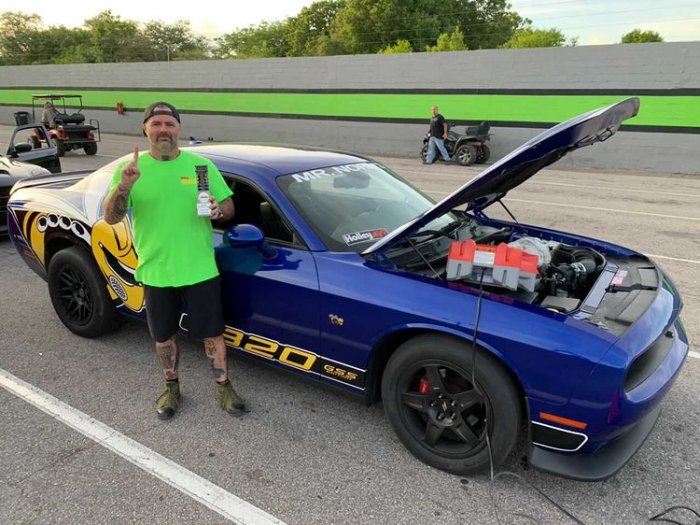 Ed Springsteen won the Modified Forced Induction class in his Hellcat Challenger, Tommy Marauder won the Naturally Aspirated side of the Battle of the Brands with his Challenger 1320 (above) and AJ Berge won the Forced Induction Battle of the Brands class with his 2007 Charger (below) – which is the quickest modern Dodge Charger in the world, running in the mid-7-second range. 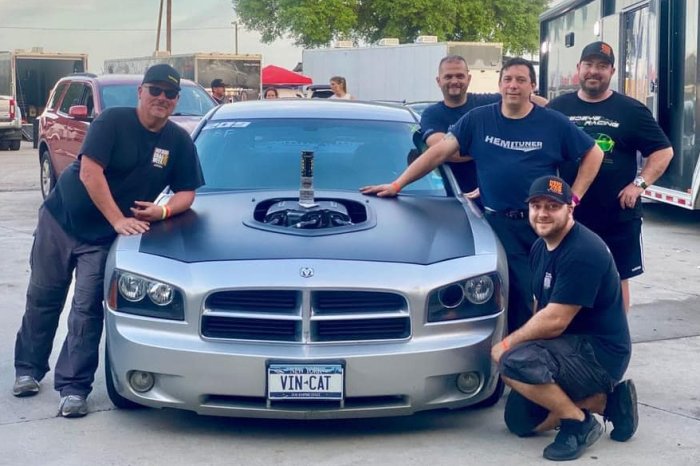 MSHS regular Jason Epling was in the finals in the Unlimited class, but traction issues prevented another Mopar win among the quickest cars in the field.

The second event on the Modern Street Hemi Shootout schedule, sponsored by Demon Performance, is being held on Friday, April 16th at Virginia Motorsports Park. Racer entry is $120, which gets you and your car into two classes and as this piece goes live, there does appear to be space left in the rookie class, which is free to new racers.

Click here for more information on the Demon Performance MSHS event at VMP.

Of course, the Modern Street Hemi Shootout series wouldn’t be possible without the sponsors listed below. 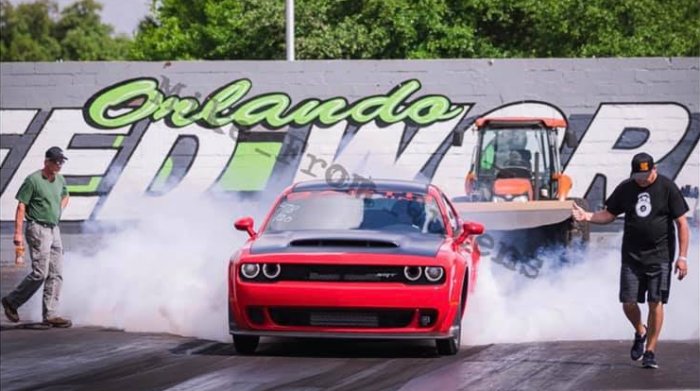