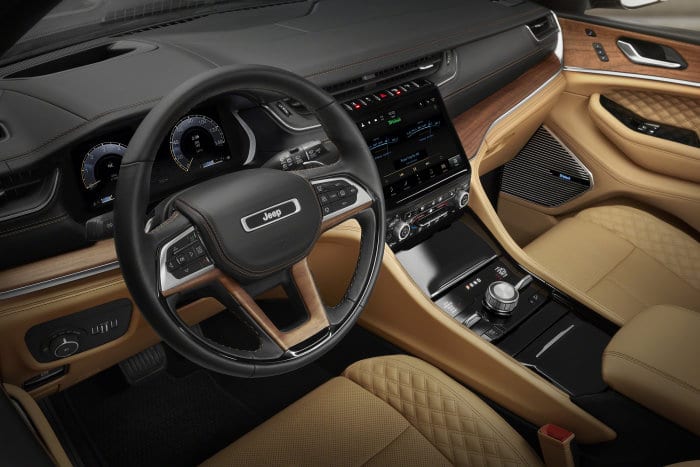 A recent release from Stellantis claims that every single Jeep Grand Cherokee L (and, eventually, ever Grand Cherokee) will be tested on the new Mack Avenue plant’s enclosed 2,000-foot track. The three-minute test simulates real-world driving conditions, with faux potholes, manhole covers, rumble strips, cobblestones, speed bumps, and gravel. An electro-servo shaker, the first of its kind in North America, will provide another 2 minutes, 40 seconds of testing reproducing the buzz, squeak, and rattle track, followed by 3-5 minutes of testing for more aggressive conditions.

Finally, an inline water test will cover every vehicle made in the Mack plant, with 600 nozzles delivering water at 30 psi for 3 minutes; following that, a nine-position water test will simulate different terrains and weather conditions.

This is likely the most intense testing ever done of any vehicle made by what used to be Chrysler Corporation. In the past, few vehicles—Imperials come to mind—had every vehicle fully tested.

Buzzes, squeaks, rattles, and water leaks are some of the strongest correlates to customers’ views of vehicle quality, more important than recalls or occasional dealer-repairable breakdowns.

The Mack Avenue site, incongruously surrounded by miles of single-family houses on mainly curbless streets and sitting next to the Jefferson Avenue plant (which makes the older Grand Cherokee and Durango), was first used for automotive production by the Michigan Stamping Company in 1916. Briggs bought the plant in 1920 to make automotive bodies for clients including Chrysler. In 1953, Chrysler bought Briggs outright, including the Mack Avenue plant; the company built a million-square-foot plant next to what became “Old Mack,” shutting the latter in 1982.

From 1982 until 1989, Old Mack, owned by the City of Detroit, was idle; in 1990, Chrysler and Detroit began to clean the site, and in 1991 Dodge started making the Viper there. In 1995, the city and company demolished the building and finished the cleanup, and also moved the Viper to the nearby Conner Avenue plant, which had made spark plugs. A new Mack Engine plant was built from 1996 to 1998, when it made V8 engines; in 2000, a second building, Mack II, started making V6 engines. Mack II went idle in 2012. Finally, the current assembly site was begun in 2019, at the cost of $1.6 billion.