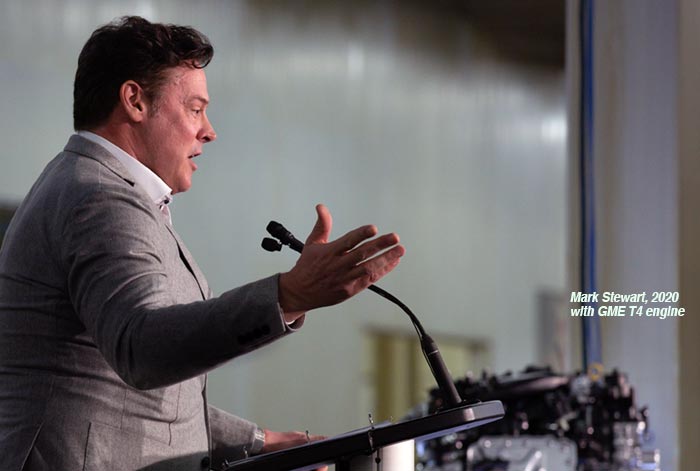 Mike Manley, CEO of Fiat Chrysler after the departure of Sergio Marchionne, has left to lead the country’s largest dealership group, AutoNation.

Mark Stewart, COO of North America, and Antonio Filosa, COO of Latin America, will take his place and report directly to Carlos Tavares. Mark Stewart had risen to Mike Manley’s former job of COO in North America when Manley took the top seat.

An electrical engineer, Stewart has been in a leadership role at auto supplier TRW since 2006, and was promoted to CEO of the combined ZF TRW; he then moved to Amazon as vice president of customer fulfillment before getting his post at FCA.

Carlos Tavares and John Elkann both issued statements crediting his time at FCA and wishing him well in his new role; he was named to the board of the Stellantis Foundation on his exit.

Manley wrote, “After 20 incredible, challenging and enjoyable years, and with Stellantis performing so strongly under Carlos’ leadership, the time feels right for me to open a new chapter. Working with Carlos to create this extraordinary company, with the constant support of our shareholders, has been a huge privilege both professionally and personally. I’m so proud of our Stellantis teams for their extraordinary work and I wish Carlos and them every success as they continue their great adventure. Finally, I am very honored to have been asked to join the Stellantis Foundation Board.”