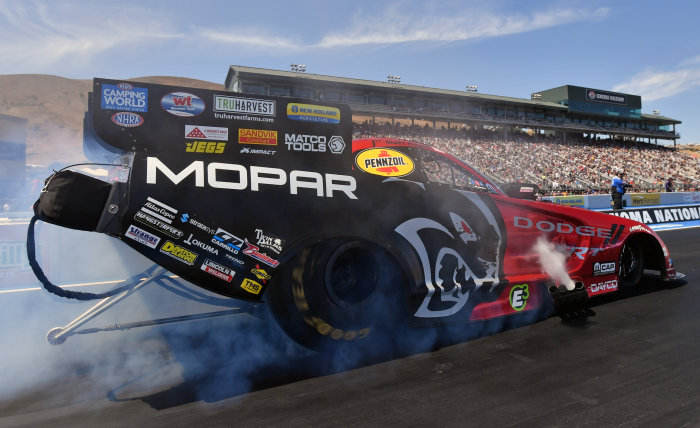 Don Schumacher Racing drivers Matt Hagan and Leah Pruett each finished second in their class at this past weekend’s NHRA Sonoma Nationals in California, while Ron Capps and Antron Brown both made it to the semifinal round of Funny Car and Top Fuel, respectively.  This comes a week after Hagan pulled down his first win of the 2021 NHRA Camping World Championship Drag Racing Series, so it appears that his Dodge Charger SRT Hellcat funny car team is heating up as we near the midpoint in the season.

Matt Hagan came into the Sonoma Nationals with the hopes of backing up his win last weekend in Colorado and he came off of the trailer strong, turning in the third-best time in the first round of qualifying. Only Alexis DeJoria and Ron Capps ran a quicker pass in qualifying round 1, and those times for those three drivers would end up carrying through unchanged and unchallenged to the end of qualifying. Meanwhile, Cruz Pedregon was eighth after the first round, but he didn’t turn in a quicker time in the later rounds, so he started eliminations in the 15th spot. 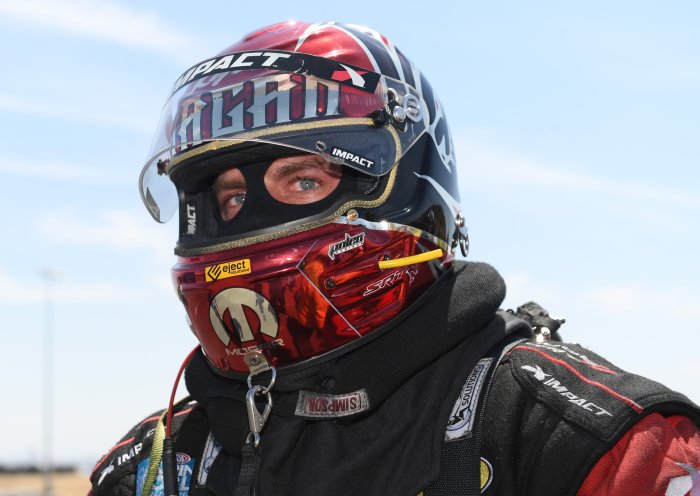 In the second round, Capps beat Paul Lee and Hagan beat Blake Alexander, sending both of the DSR drivers into the semifinals round. In the semis, Capps took on Robert Hight and Hagan took on DeJoria. Capps grabbed the starting line advantage, but Hight’s Camaro came around on the big end for the win. On the other side of the ladder, Hagan beat DeJoria soundly on the line and never looked back, running the quicker time and the bigger speed to advance to the finals.

In the finals, Hight and his Camaro took on Hagan and his Charger in a battle of funny car champions from the past two seasons. Hagan jumped out to an early lead (.036 to .054), but Hight’s Camaro inched ahead for the win with a 3.971 to Hagan’s 3.991.

With the runner-up finish in Sonoma, Matt Hagan has now moved up into the second spot in the funny car championship race, trailing Bob Tasca III by just 21 points. Ron Capps is fifth, 63 points behind the leader and Pedregon is ninth, 195 points back with a little more than half of the season remaining. 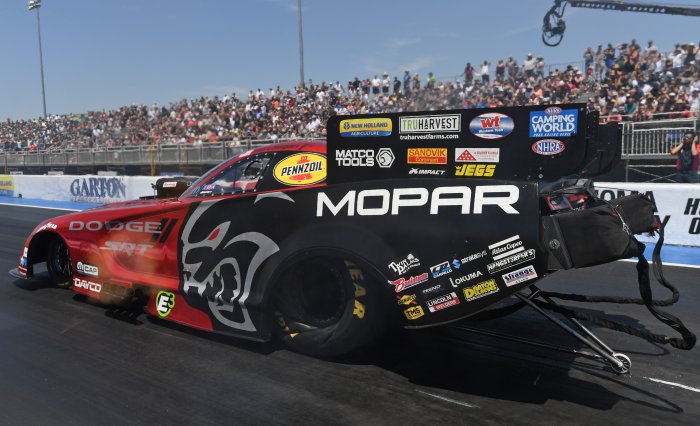 For those wondering, the DSR rivals are John Force Racing are currently third and fourth in the championship race, with Hight and Force bracketed between the two Charger Hellcat funny cars.

Another Good Week for Pruett

Leah Pruett had a great outing last weekend in Colorado, driving her Dodge Challenger Drag Pak to the runner-up position in Factory Stock Showdown. This weekend, she finished second once again, but this time she did so in her Top Fuel dragster. 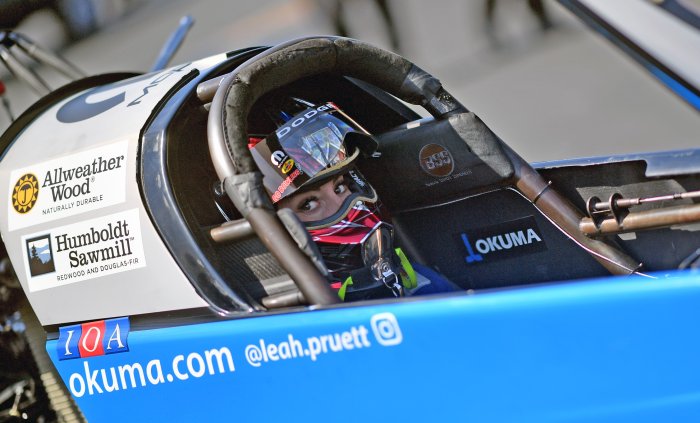 In the first round of qualifying, she ran a 3.749, which made her third-quickest in the class. That would be her quickest run of qualifying, allowing her to start in the sixth spot headed into eliminations for the 12-car field. 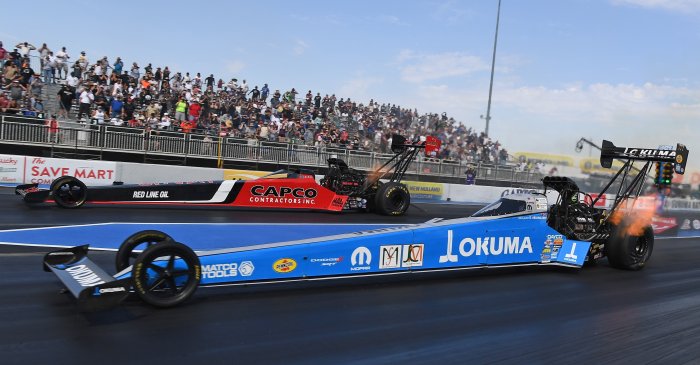 In the first round of eliminations, Leah Pruett beat Justin Ashley and in the second round, she knocked off Brittany Force to advance to the semifinals. Due to the fact that there were only 12 cars in the 16-car ladder, Pruett had a bye run into the finals. Pruett laid it all out in the finals, running a 3.768 at 323.04 but losing to Steve Torrence, who ran a 3.757 at 327.98 miles per hour.

With the second place finish in Sonoma, Leah Pruett has moved up into the fifth position in the championship race, 521 points back of leader Steve Torrence. DSR teammate Antron Brown is currently second, 349 points behind Torrence, who has dominated the class throughout this season. 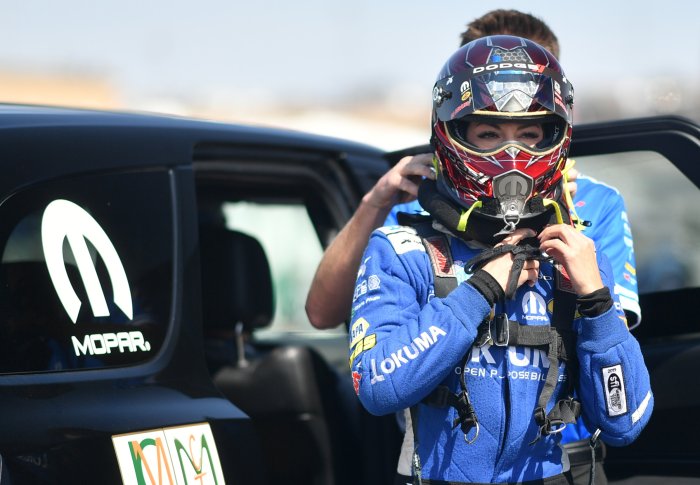 Fortunately, the points will be reset when the teams enter the “countdown” portion of the championship race, which consists of the final seven racers of the season. Unfortunately, it will take a Herculean effort to keep Steve Torrence from continuing his domination of the class and winning another title.