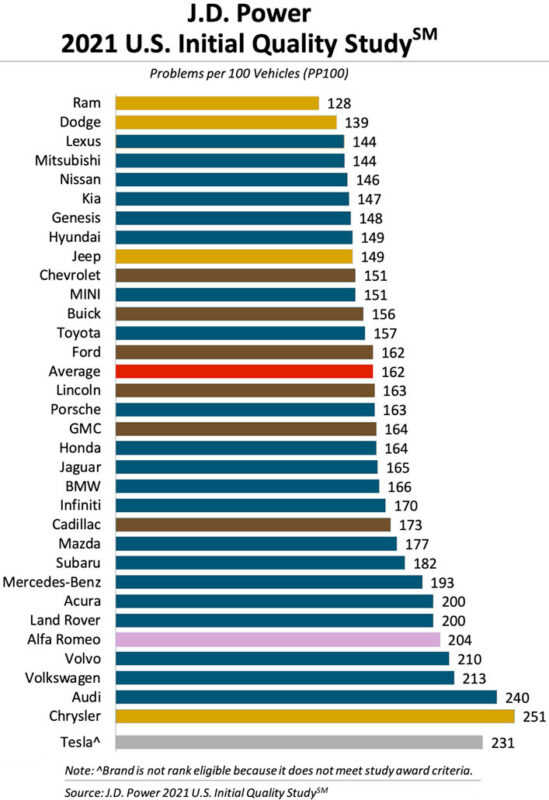 Mopars topped J.D. Power’s 2021 Initial Quality Survey (IQS™), which, since it only tests vehicles for the first 90 days of ownership, tends to reflect factory inspection and telematics systems more than long-term quality. Topping the list remains a high achievement.

Chrysler was the worst brand in the entire industry, presumably due to the Pacifica. For the first time, Chrysler managed to underperform Tesla, which was the third worst brand; the only brand close to Chrysler was Audi.

It was a good survey for the Americans, with Ram, Dodge, Jeep, Chevrolet, and Buick all topping the industry average; Ford equalling the average; and Lincoln and GMC falling just below. Cadillac easily beat Mercedes, Acura, Land Rover, Volvo, and Audi. Alfa Romeo did well for Alfa Romeo, coming in well below average but ahead of Volvo, VW, and Audi; Fiat did not have enough sales to make the list at all. Lexus was the top luxury brand, by a good margin; but Genesis beat every luxury brand other than Lexus. The next best luxury brands were Lincoln and Porsche, both just below average. But see for yourself: