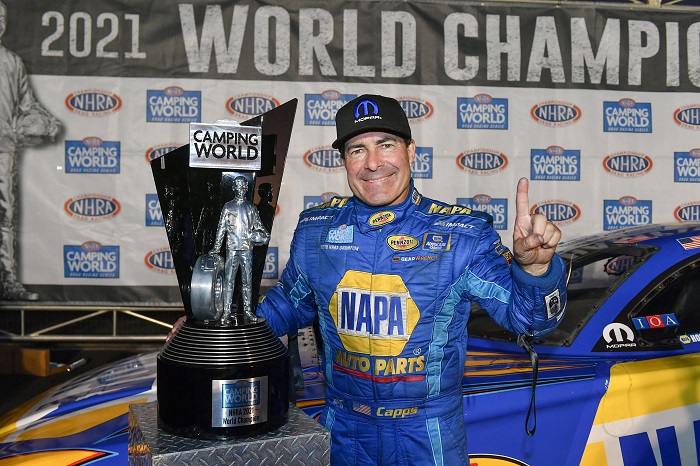 Ron Capps came into the NHRA Auto Club Finals with a large enough lead that many things would need to go wrong for him to not win the 2021 Funny Car Championship. While it certainly wasn’t the best outing for Capps and his Dodge Charger SRT Hellcat funny car team, his solid qualifying position and second round loss to teammate Matt Hagan secured the title – Capps’ second of his storied career.

Coming into the final event of the 2021 NHRA Camping World Championship Series, Ron Capps was sat first, Matt Hagan was second and Cruz Pedregon was third. Those three Dodge Charger racers were separated by 83 points while the first non-Dodge driver in the standings – Toyota driver JR Todd – was fourth, 155 points out of first. 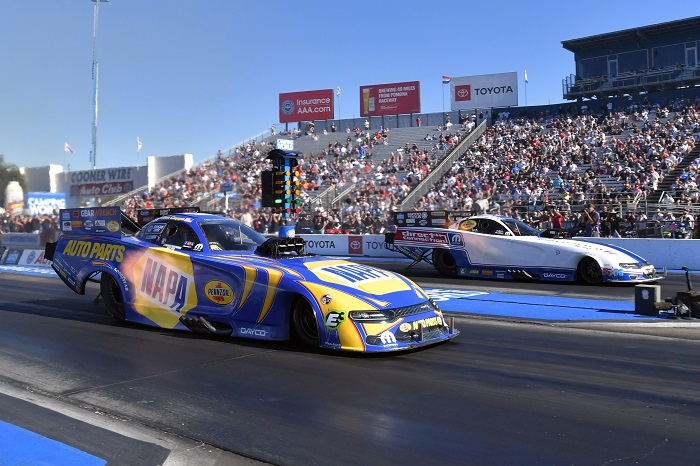 After the second-to-last event, we looked at what had to happen for Todd to leap over the three Charger drivers and in short, everything had to go right for Todd while everything had to go wrong for Capps, Hagan and Pedregon. Todd had to qualify first and run the top time in every round – winning the event – while he needed Capps to qualify last and lose in the first round. You can click here for a look at what had to happen for the Toyota to beat Dodge for the funny car title, but that didn’t happen, so the math isn’t relevant now.

Normally we look at each round of qualifying, but for the 2021 NHRA Auto Club Finals, all that really mattered was that JR Todd qualified 8th while Capps qualified 2nd, more or less locking Capps in as the funny car champion. Pedregon qualified 6th and Hagan qualified 7th, so Team Dodge qualified well enough to prevent the Toyota from having a real shot at the title during eliminations. 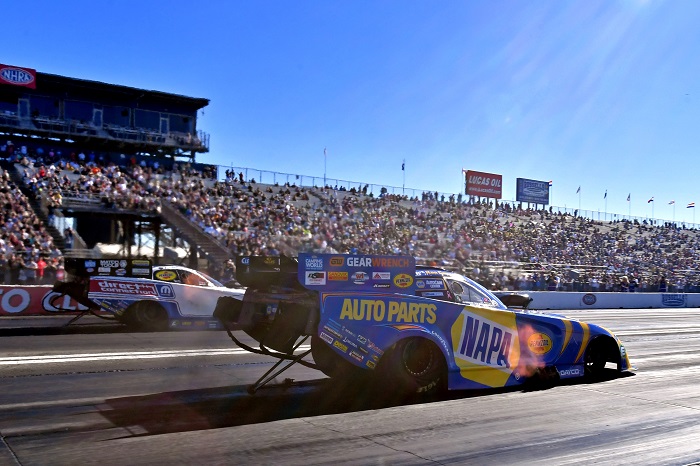 In eliminations, Capps and his Dodge Charger beat Terry Haddock in the first round, meaning that he would have enough points to hold onto the NHRA funny car title. More importantly, JR Todd loss to Bob Tasca III in the first round, so he couldn’t have made a dramatic run at the title anyway. Also in the first round, Hagan beat Tony Jurado while Pedregon lost to Tim Wilkerson. 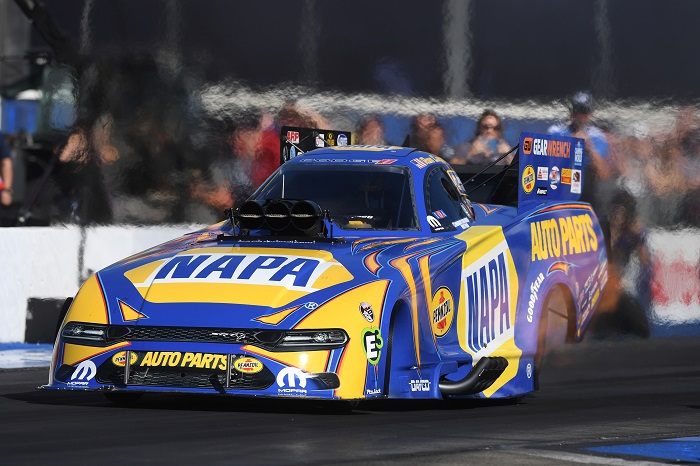 Hagan would go on to lose to Alexis DeJoria in the third round, leaving no Dodge Charger teams in the finals, but that didn’t matter. Tasca would get a win to end the season, but the real winner at the NHRA Auto Club Finals was the 2021 Funny Car Champion – Ron Capps.

“What a crazy day and crazy season. The fact that the Countdown came down to the Pomona Finals and was a real fight between the Dodge Charger SRT Hellcats of Cruz Pedregon, Matt Hagan and I was really neat. And to see that as a manufacturer Dodge had the competition covered, all three of us were pretty proud of that. The Dodge Charger SRT body has been crazy fun to drive this year,” said Ron Capps. “We came out with a new chassis and new body and this year this body has made me a whole new driver. It’s been fun to have more vision and to be able to see better and when you are going 330 mph that’s what you need.” 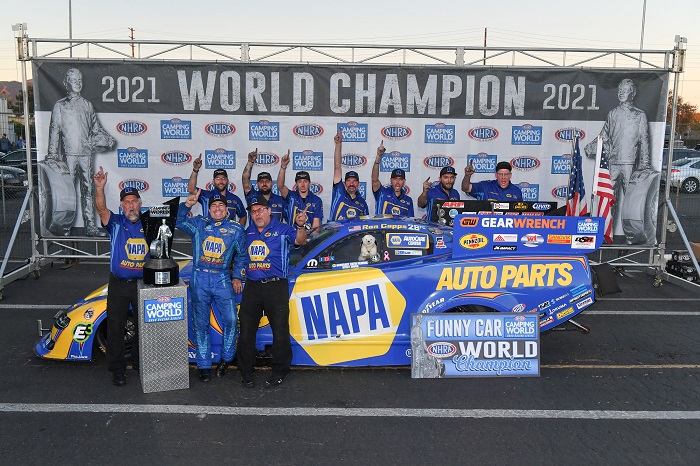