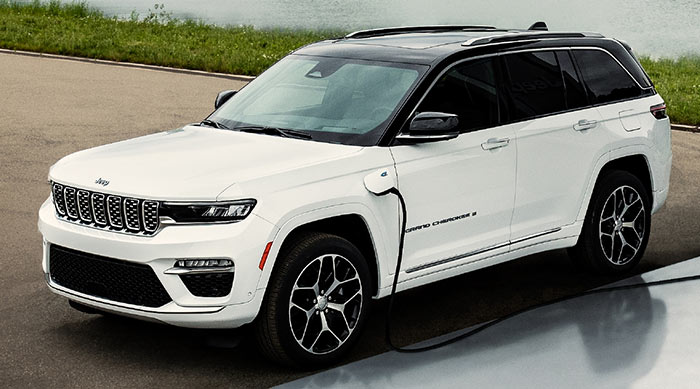 A plugin-hybrid (PHEV) 2022 Grand Cherokee is being prepared, according to a Jeep release today. The new SUV will bear the 4xe name. No other specs were released, but there is a photo. Current 4xe systems use a turbocharged four-cylinder engine which produces more power than the 3.6 liter V6 used as the Grand Cherokee (and Grand Cherokee L’s) base engine.

Earlier today, Dodge teased a return of the muscle-era, rocket-based logo on the front of an electric vehicle, and Stellantis announced major electric-car plans—including a much slower phase-in for North America than for Europe. (For background on the rocket logo, see Allpar.)

The former Chrysler brands currently pay large sums of cash to Tesla each year, in exchange for emissions credits; Stellantis’ moves in Europe suggest that the company would rather not support a competitor quite so lavishly, and much faster movement on the hybrid and BEV front may be expected for the United States and Canada in the next two years.