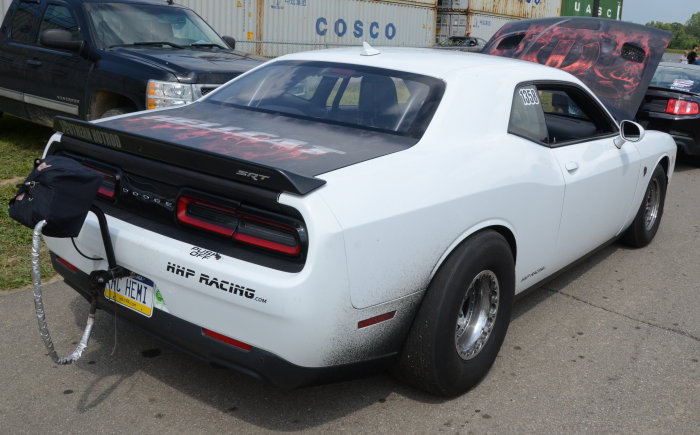 The Modern Street Hemi Shootout series ended the championship portion of the series a few weeks back, but this today’s High Horse Performance Final Stand – Battle of the Brands will include many of the top MSHS drivers in a massive clash of American muscle cars. This event is being held at Cecil County Dragway, where the air will lead to big power while the track prep should lead to insanely quick times. In short, Final Stand could see the quickest times by the Modern Street Hemi Shootout drivers and these Hemi racers could use those scorching times to beat Ford and Chevrolet racers.

The odds are good that if you planned to race at the MSHS Final Stand, you are already at the track or at least on your way, but for those who can’t make make it to Cecil – or for those fans who don’t have a car to take racing – you can watch the action right at home. Thanks to the crew at Drag Racer TV, anyone with access to YouTube can watch Final Stand on your phone or computer.

While the High Horse Performance Final Stand – Battle of the Brands event is not included in the 2021 championship series, it will follow the same format. This includes index classes for 8.50, 10.00, 10.50, 11.50 and 12.50, as well as the Outlaw, Heavyweight and Bracket/Gambler’s classes. The key difference between Final Stand and the other MSHS events is that, for the first time, the event is open to other makes and models of race cars. 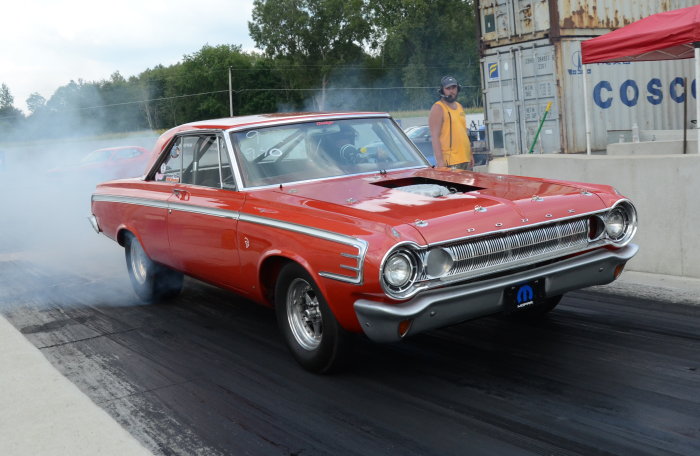 Sure, we have seen a Ford Mustang with a 2018 Demon drivetrain, but for the first time, Ford and Chevrolet vehicles with Ford and Chevrolet engines can come out to battle the quickest modern Mopar race cars in the world. Best of all, this racing will take place at Cecil, with a great track surface and the best air that a racer could hope for, so there should be lots of stunning times posted. 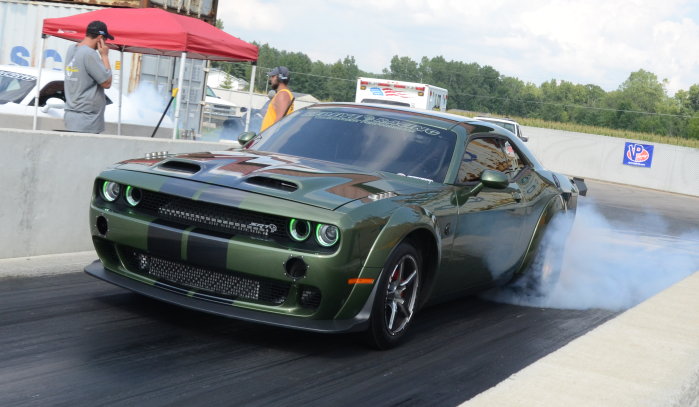 The racing action should be incredible and thanks to the live stream link below, we can all watch it from home or work or anywhere else with an internet connection. Every Modern Street Hemi Shootout event is exciting for spectators, but with a chance to watch some of the baddest modern Hemi-powered cars beating up Fords and Chevys, the footage will be even better. We have shared a few images of MSHS heavy-hitters at past events, but we are not sure if these racers will be on hand for the event. The white car atop this piece is, of course, the HHP Challenger Hellcat known as Top Cat, which we imagine will be on hand with HHP being the event sponsor. The 1964 Dodge with Hellcat power of Ron Polidora is one of the coolest swaps we have seen and the F8 Green Challenger is the first Redeye in the 7s, with James Golden at the wheel. We aren’t sure if Polidora or Golden will be there, but if they are, they will both be tough competitors for the opposing brand drivers.

Of course, if you live close enough to Cecil County Dragway for this morning and you have a Dodge, Ford or GM drag car, you can buy entry at the gate.