With half the year behind us, it’s time for that age-old question: who’s selling the most of what? This quarter, we had a fairly big surprise, in trucks.

First, the #1 company is, as usual, GM—but Toyota is catching up very quickly. Whether that continues past the chip crisis is another question; Toyota had very few lost vehicles compared with just about any other automaker, thanks to firm control over its entire supply chain.

More important to some of us is how Stellantis is creeping up on Ford; Ma Mopar is just 55,000 vehicles away from beating Ford. 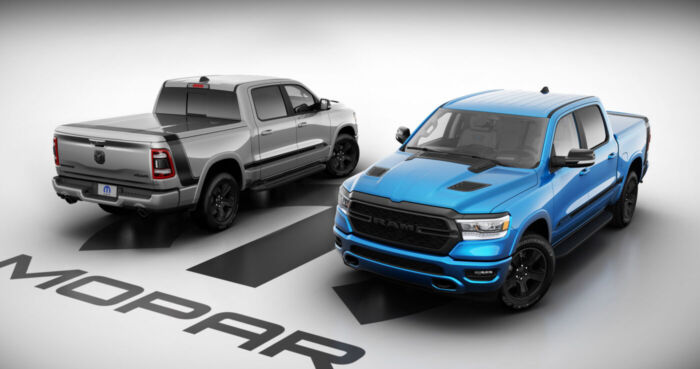 Looking at pickups, Ford’s F-series actually lost ground, incredibly as it sounds, dropping to a mere 362,032 sales for the year so far. (If anyone cared, Toyota’s Tundra also fell). Ram, in contrast, happily posted a 27% gain, to 313,068—possibly the closest Ram has been to Ford in pickup sales for quite a year. This probably is the main reason Ford has only posted a 5% gain for the year to date, which is well below the industry’s average. Stellantis lost ground in the USA, but gained over Ford.

Moving on, one might guess that GM would be the biggest seller of pickups, and they were. The Silverado only posted 291,322 sales, which put it well behind Ram; but add in the Sierra series, and you get 429,734, which clobbers both Ford and Ram. Still, for Ram to beat Chevrolet is a feat to be celebrated, even if the issue for all three automakers was how to get enough chips and parts to build trucks.

With big vans, the real competitor to Ram’s ProMaster is the Ford Transit, which has dominated the field since it arrived, blowing away the first Eurovan to make it to these shores. ProMaster sales shot up dramatically, from 17,498 to 29,009, year to year; that’s a 66% gain, and most of it is thanks to Amazon (which is a fickle friend, since they plan to switch to Rivian vans as assembly starts in earnest). Ford, meanwhile, lost ground in Transit vans, falling 6% from 54,780 to 51,713. That’s still well more than the ProMaster, but the gap is far mroe respectable. Ford did gain 18% in Transit Connect vans; the ProMaster City gained 94%, though. The gap is now Ram’s 8,593 to Ford’s 16,940, which, again, is far less embarrassing than before. The ProMaster gains are likely more permanent; Amazon shows no signs of getting smaller.

At Toyota, the only big car is the Avalon, and it went up by 37% year to date, stalling out in the second quarter with a 22% drop—but the first quarter was enough for a big increase… to 10,328 sales. That’s not enough to even match the 300, much less the Charger. Of course all the former-Mopar brands together only have those two sedans, and Toyota sold 177,671 Camrys, but never mind that. Meanwhile, at Ford, there are no big sedans left, except at Lincoln; even the Fusion is gone. Lincoln sells two cars, the MKZ sand Continental, which together numbered 2,906—down 68%, with both marques dropping like a stone, having left production. That just leaves GM, whose Impala has already been dropped. They did sell 31,886 Malibus (down 33.5%). In the upscale car category, well, there’s no Buick car any more, leaving the Caddy CTs; together, they sold 12,088 of the various CT cars, mainly the CT4 and CT5. None hit the 300’s numbers; the closest was the CT5, with 6,825 sales.

2 thoughts on “Who’s winning the truck/van/big car race? With a big surprise”