Last week, we brought you a look at the two most extreme concepts that debuted this past weekend at the 2022 Easter Jeep Safari in Moab, Utah. The Bob Concept and the Magneto 2.0 Concept were the most elaborate concepts in Moab this past weekend, but the brand brought out five other new concepts – all of which were based on production models, heavily clad in Jeep Performance Parts.

For a closer look at the Bob and Magneto 2.0 Concept, click either of the names.

First up, we have the Jeep Grand Cherokee Trailhawk PHEV Concept. The new Grand Cherokee has proven to be very popular with buyers while the 4xe package has made the Wrangler the bestselling plug-in hybrid in the U.S. market. The Grand Cherokee 4xe shares the same hybrid tech, so we expect that it will quickly become one of the most popular powertrain options in the lineup.

While many Grand Cherokee 4xe owners won’t go off-roading, the Jeep engineers have designed the Trailhawk models to be as off-road-capable as the gas-powered models. At the Easter Safari, the team rolled out a beefed-up Grand Cherokee hybrid, showcasing the models’ ability to become even more capable on unpaved roads with simple upgrades. 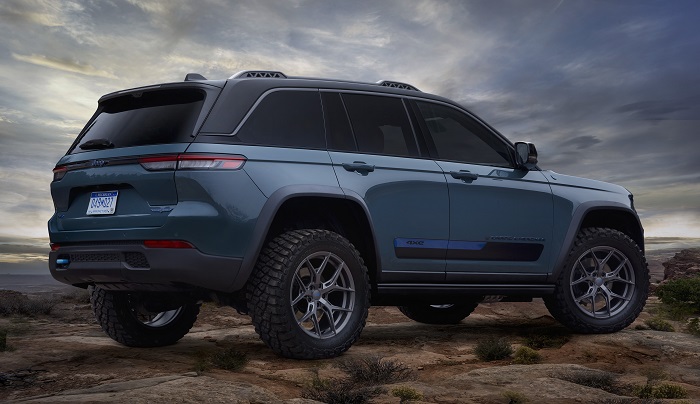 The first Jeep was introduced back in 1941 as a military vehicle and over the course of the past 80 years, that vehicle evolved into what we know today as the Wrangler. The legendary SUV has lasted so long by regularly evolving and the most recent evolution is the introduction of the plug-in hybrid 4xe model. To pay homage to the original with the 4xe, the ‘41 Concept was created. 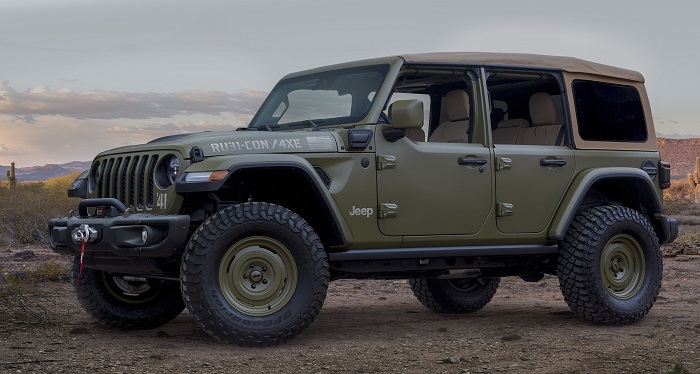 The Jeep ‘41 Concept is a new Wrangler 4xe with an array of aesthetic upgrades to give it a classic, military feel. 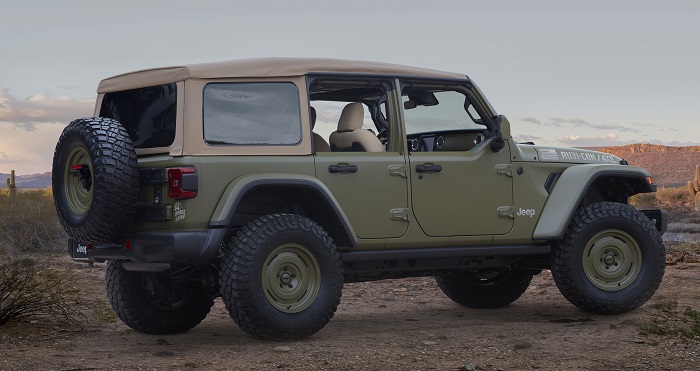 Twenty years ago, the Wrangler Rubicon was introduced as the most off-road-ready vehicle on the market. At the 2022 Easter Jeep Safari, the Rubicon 20th Anniversary Concept flexes as the latest incarnation of the best factory-built off-roader in the world. 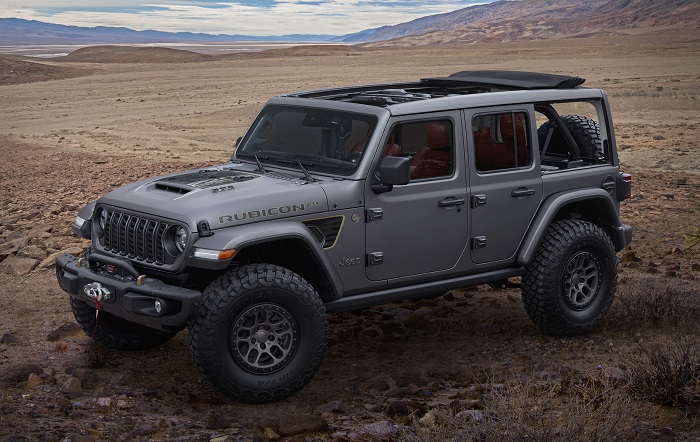 Built on a new Wrangler Rubicon 392, this 20th Anniversary Concept looks like it is ready to drive right into production. 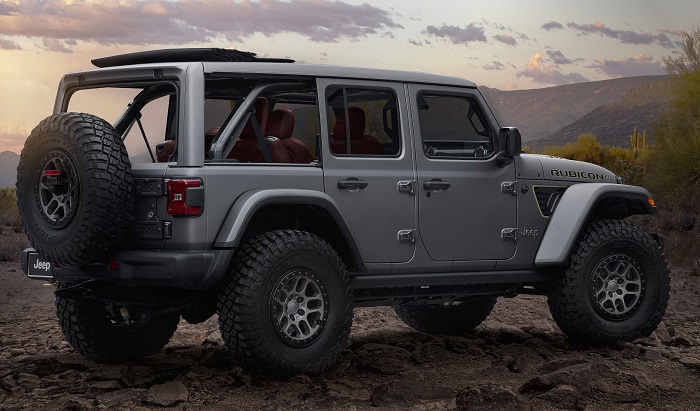 Jeep uses these concept vehicles to show off the capabilities of the various models with specific upgrades. Some of those upgrades are conceptual or custom, but there are also plenty of components on display which are presently available from either the Mopar or Jeep Performance Parts catalog. With thousands of Jeep owners coming to Moab, there is a great opportunity to market upgrades to these folks and that is where the D-Coder Concept comes into play. 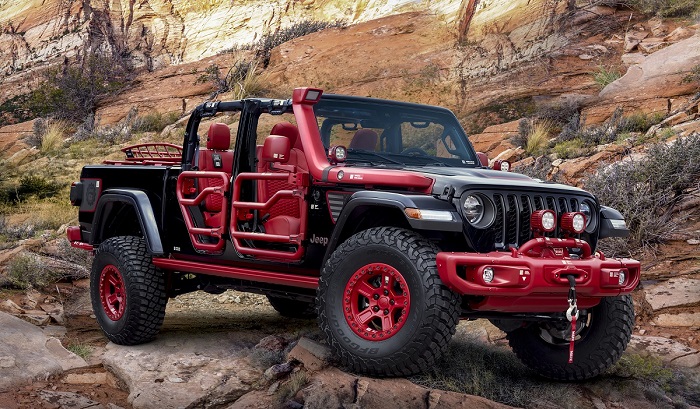 This gloss black Jeep Gladiator is equipped with more than 35 Mopar and JPP upgrades, each of which is painted Maraschino Red and labeled with a QR code. When you scan that QR, you are taken to the page on either the Mopar or Jeep Performance Parts website, where you will find all of the applicable part numbers, specifications and pricing information for each product. 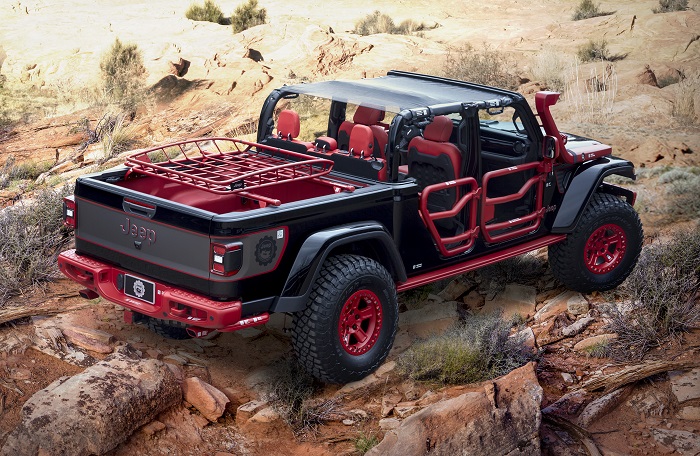 We aren’t going to run through the whole list – even the press release doesn’t list them all, but this Gladiator is essentially equipped with every upgrade that Mopar or JPP offer, inside and out, including both aesthetic and performance bits.

Finally, we come to the Wrangler Birdcage Concept, designed by the JPP team to be an extreme open-air off-road machine. This Wrangler combines the performance of the 4xe hybrid with a spread of Mopar, JPP and custom upgrades to create an even more capable machine. 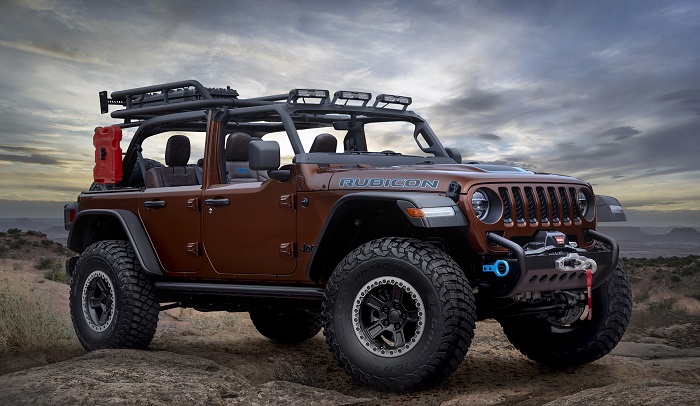 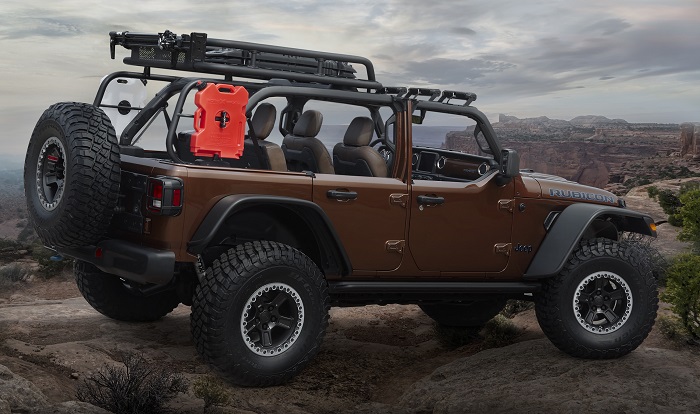