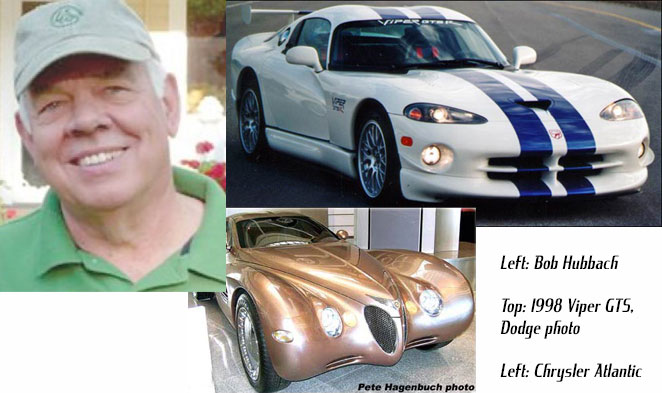 Bob Hubbach, Chrysler’s design manager from 1967 to 2001, passed away on the night of May 14 while in hospice.

Hubbach was a co-designer of the highly successful Valiant Charger, Australia’s famed “Hemi Six” powered successor to the Valiant Pacer. This car set a long-standing Australian speed record with its 265 cubic inch inline six, fed by triple Weber carburetors. He also supervised or was lead designer for the original 1984 minivan, the 1994 Chrysler Atlantic concept, the exterior of the original Viper GTS, and numerous other cars; and was in a band as a dulcimer player. Hubbach was acclaimed by his co-workers, and graciously provided a number of his Valiant Charger sketches to the writers of Hey Charger!