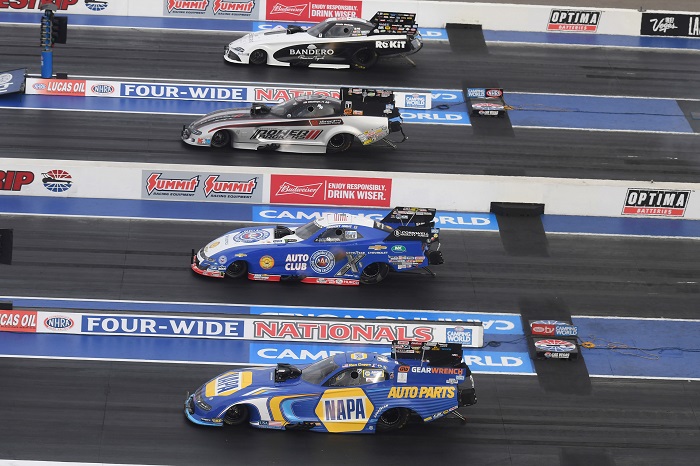 This past weekend marked a major milestone for Ron Capps, as he drove his Dodge Charger SRT Hellcat funny car to victory for the first time as a team owner. This big win for Capps occurred at the 2022 NHRA Four-Wide Nationals in Las Vegas, so in the final round, the two-time champ actually beat three other cars to the stripe – one of which was former teammate Matt Hagan. 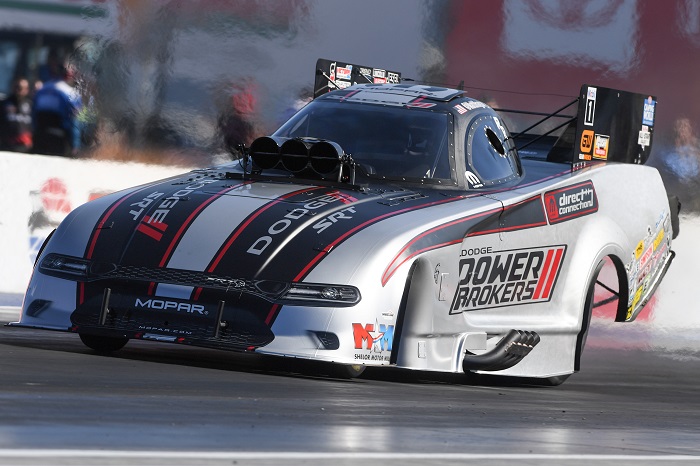 In the second round, Hagan ran a 3.92 at 332.92 to jump up into the third spot while Capps and Pedregon ran slower times. All three Dodge Charger drivers ran slower in the third round, but in the final round of qualifying, Capps ripped off a 3.883 at 331.45 to take the top spot in the Funny Car class as they headed into eliminations. Hagan started in the fourth spot and Pedregon started in the seventh position.

Keep in mind that Las Vegas Motor Speedway is one of the venue’s with the unusual four-wide layout, so eliminations take place four at a time rather than two at a time. In the first two rounds, the top two finishers in each four-car race advances to the next round and in the final, there are four cars rather than two.

In the first round, Ron Capps took on Jason Rupert, Tim Wilkerson and JR Todd, with Capps winning and Todd finishing second. Next, Hagan took on Jeff Diehl, Bob Tasca IIII and Chad Green, with Hagan and Tasca moving on. The third matchup had John Force, Jim Campbell, Pedregon and Alexis DeJoria squaring off, with Force and DeJoria advancing while Blake Alexander and Robert Hight move forward from the fourth group of four funny cars.

In round two, Capps and Hagan beat Todd and Tasca while DeJoria and Hight knocked out Alexander and Force.

In the finals, Ron Capps and his Dodge Charger ran a 3.914 at 331.2 miles per hour to win the race, followed by Hagan in a close second with a 3.924 at 324.44. That marks Capps’ first win as a team owner, having left Don Schumacher Racing after last season. For Hagan, it was another strong finish for the newly formed Tony Stewart Racing team. 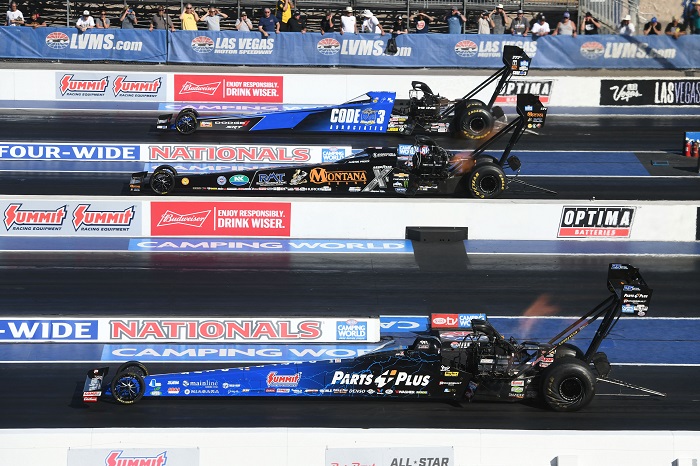 Speaking of Tony Stewart Racing, Hagan’s Top Fuel teammate Leah Pruett had a great qualifying effort in her rail car, starting in the third position. Pruett won her first round four-wide battle, advancing to the seconc round alongside Shawn Langdon. Unfortunately, she also ran against Brittney Force and Steve Torrence in the second round, both of whom advanced, ending Pruett’s day in Vegas.

With the runner-up finish in Las Vegas, Matt Hagan has moved into the top spot in the Funny Car championship, leading Robert Hight by 9 points. Ron Capps is in the third spot,40 points out of first, and Cruz Pedregon is 170 points back in fourth. 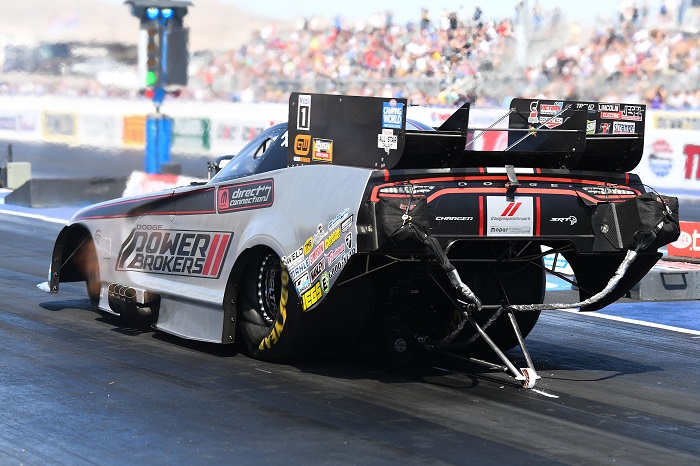 The next race for the NHRA big leagues will be the SpringNationals, held on April 22-24 at Houston Raceway Park.