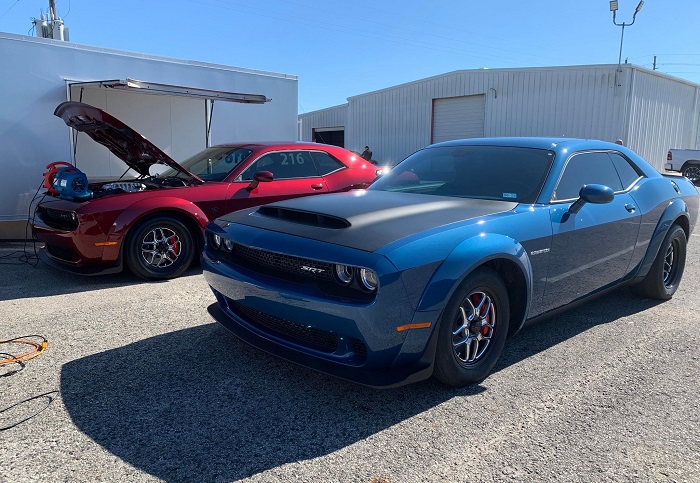 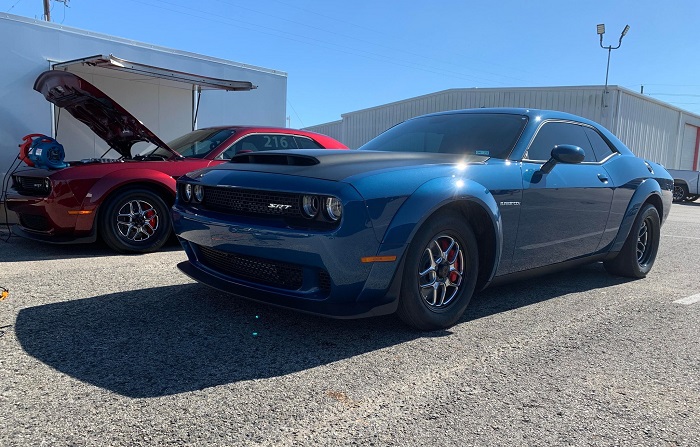 According to Dodge, the Challenger Super Stock will run a 10.5 at 131 miles per hour in fully-stock form, but truth be told, the factory-issued Nitto drag radial isn’t all that great of a track tire. It offers superior launching traction to any traditional street tire, but there are far better drag radials on the market. As a result, many owners who want to get the best possible elapsed times switch to some of the better drag radial options. 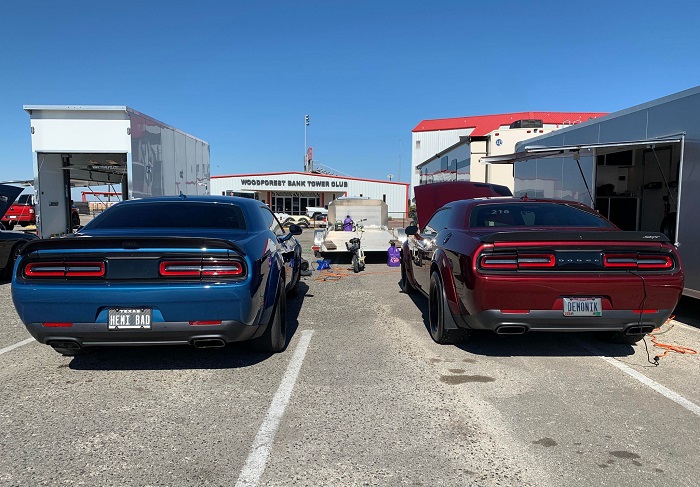 One Super Stock owner who made such a switch is Jerome Stone. While racing with the Legion of Demons this past weekend in Houston, Jerome Stone and his new Dodge Challenger SRT Super Stock turned in the quickest E.T. to date for this new track-focused package. Stone ran a 9.955, beating the previous record of 9.957, and Stone did it with fewer changes from stock. 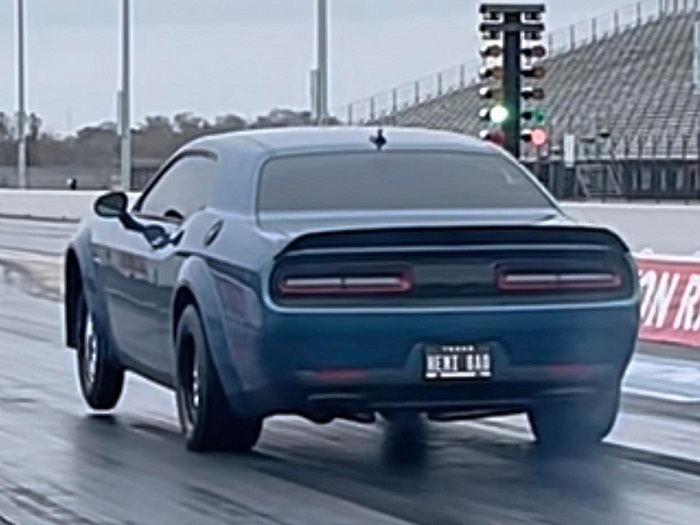 At first glance, the Frostbite Mopar muscle car here might look like a 2018 Demon, but it is actually a 2021 Challenger SRT Super Stock. Jerome Stone has added the hood from a Demon, which when coupled with the fat drag radials out back and the skinny wheels up front, makes this Super Stock look a great deal like a Demon. That being said, those who know the model well know that the Demon was not offered in Frostbite and this car has the SRT Performance spoiler rather than the smaller rear spoiler found on the Demon.

Other than the hood, wheels and tires, Stone has replaced the standard battery with a lightweight Darrel Cox battery. It is a one-seat configuration, so there is no passenger seat or rear seat, allowing this Dodge Challenger to tip the scales at 4,280 pounds when it took to the track this past weekend. That includes the Hoosier 28×10.5×17 drag radials and the 17-inch M&H DOT skinnies up front. The only other changes to this car are the custom “Super Stock” badges on the front fenders. This car still delivers the stock output of 807 horsepower. 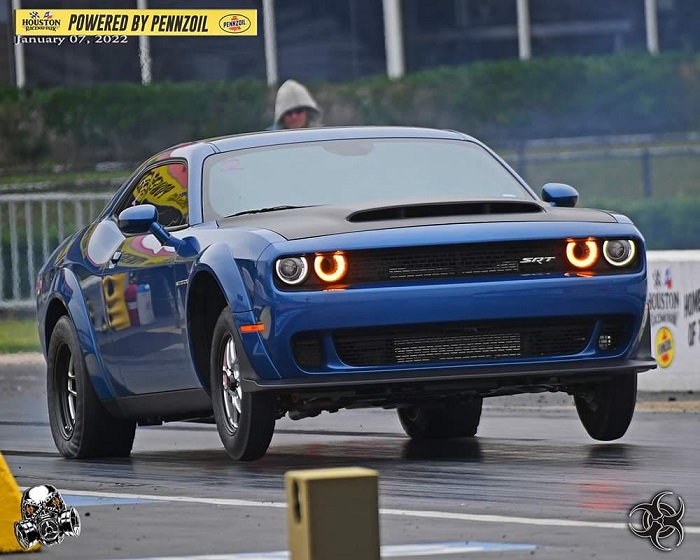 On the record-setting run, Stone’s Challenger Super Stock pulled a 1.413 60-foot time, sprinting to the 8th mile marker in 6.367 seconds at 109.68 miles per hour. As mentioned above, he stopped the quarter mile timer with a 9.955 at 136.59 miles per hour. The density altitude on this run was -1,190 feet, so he had great air for this run, and Stone credits Austin Hayward for the great track prep on the starting line. 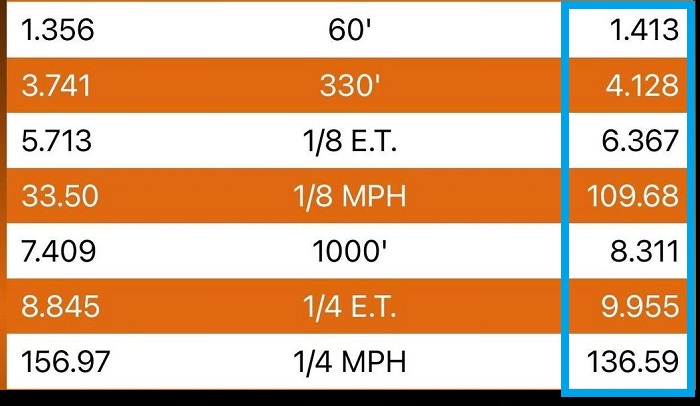 You can watch Stone’s record-setting run in the video below!