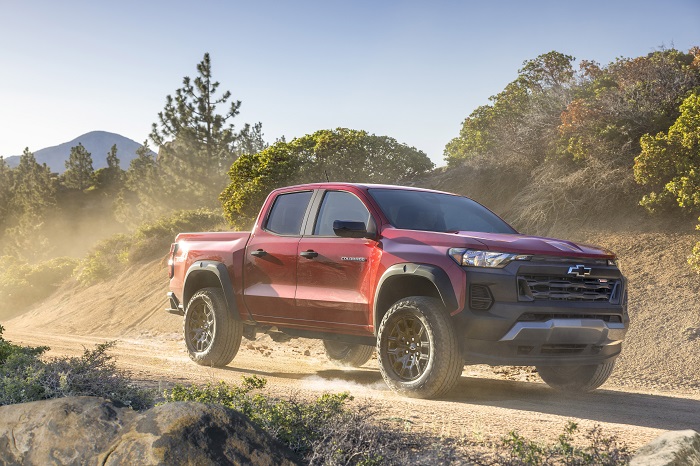 Today, Chevrolet introduced the 2023 Colorado, which has seemingly gotten a whole lot better with the generational change. The bland, boring styling of the current Colorado has been replaced with a far edgier, more aggressive design. Sure, it looks a great deal like every other new Chevy across the front end, but some people like that and in the long run, few people are going to argue that the 2022 is better than the 2023 – on paper, anyway. 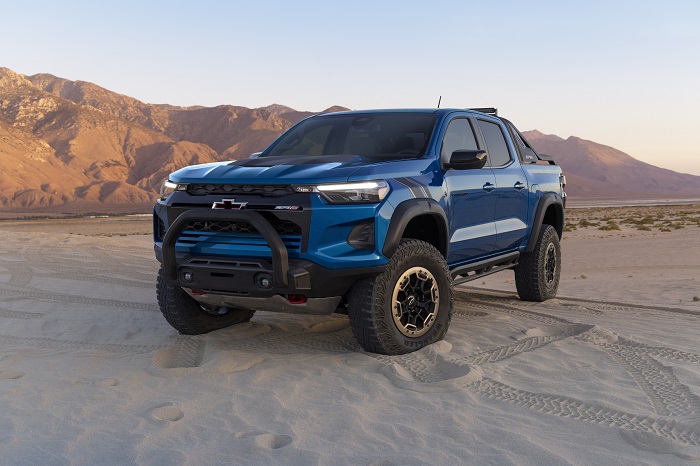 With Chevrolet stepping up their midsize pickup game a great deal, we wanted to look at how it compares to the Jeep Gladiator. Jeep has not released 2023 Gladiator information, but we don’t expect any major changes—though we wouldn’t be surprised if the 2023 Gladiator gets a slight bump in trailer towing capacity. We will talk about that later on in the piece. 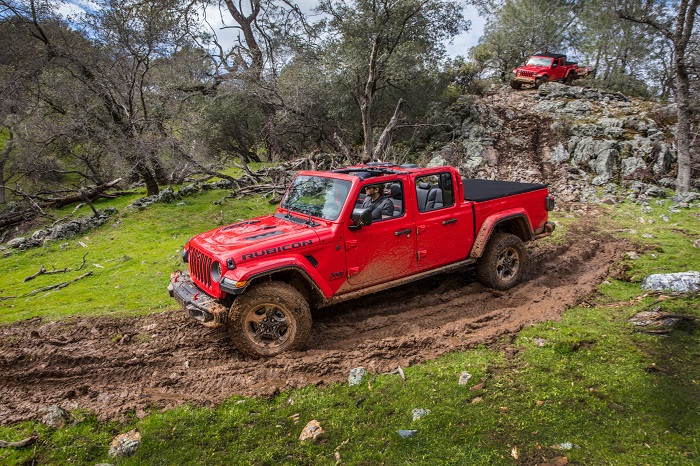 The 2023 Chevrolet Colorado has gotten bigger compared to the 2022 models, with a wheelbase of 131.4 inches and a track width that ranges from 62.8 to 66.3 inches. The Gladiator track width ranges from 62.9 to 65 inches, so the widths are relatively similar, but with a wheelbase of 137.3 inches, the Jeep is considerably longer. That difference in wheelbase gives the Colorado an advantage in breakover angle against the Gladiator, but that is the only advantage that the new Chevy has in terms of off-road metrics. 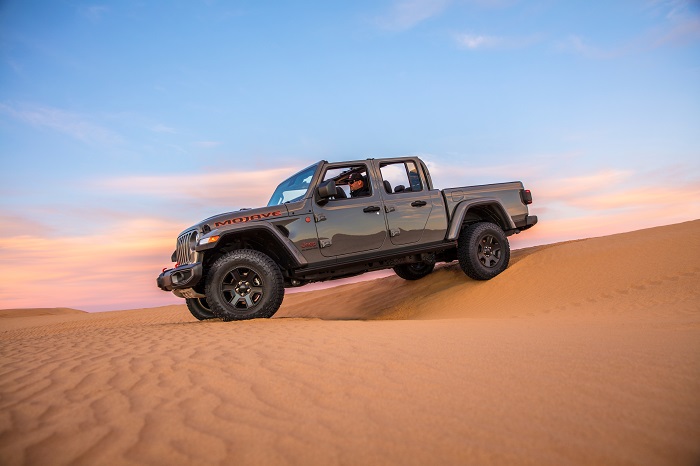 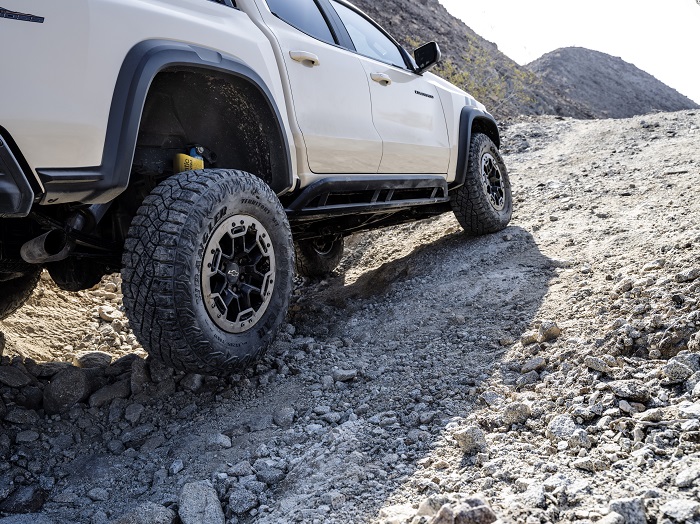 Chevrolet’s most capable Colorado seems less capable off-road, in terms of approach angles, than the base model Gladiator. Admittedly, in certain situations, the breakover angle of the Colorado would give it an advantage, but if you have spent any time playing on the big rocks, you know that approach and departure angle play the biggest role in deciding whether or not you will be able to conquer the toughest obstacles. 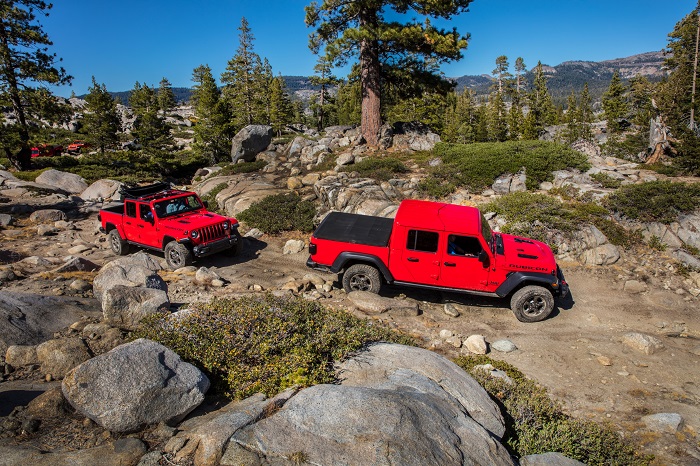 The current (2022) Chevrolet Colorado is offered with three engine options – a drab 4-cylinder, a 3.6-liter V6, and a 2.8-liter diesel. All of those engines are gone for 2023, replaced by one engine in three states of tune: the turbocharged 2.7-liter 4-cylinder engine. The WT and LT models offer 237 horsepower and 259 lb-ft of torque. The Z71 and Trail Boss come with 310 horsepower and 390 lb-ft of torque, while the premium ZR2 packs 310 horsepower and 430 lb-ft of torque. An 8-speed automatic is standard; when correctly configured, the 2023 Colorado can tow up to 7,700 pounds in Z71, Trail Boss and ZR2 models. It should also be noted that 4WD is not standard on all 2023 Colorado models. 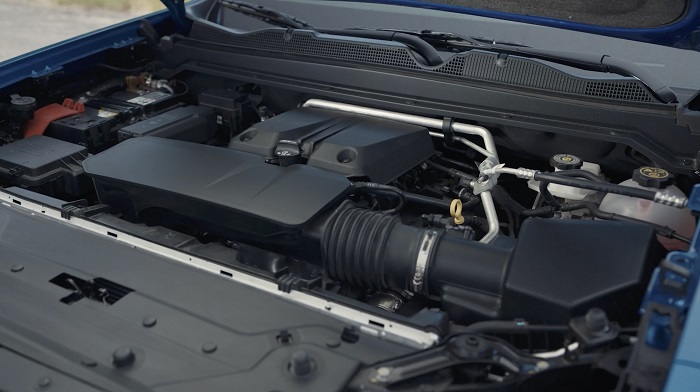 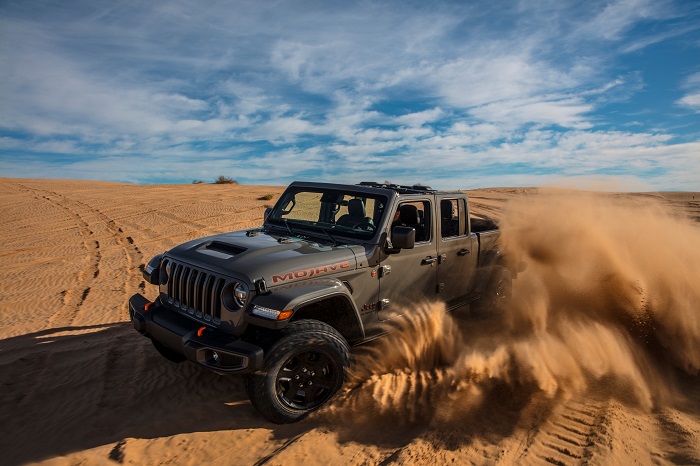 In either of the higher performance formats, the 2023 Colorado with the turbocharged 4-cylinder has a big advantage in horsepower and torque compared to the Gladiator’s gas V6. The Jeep diesel offers a significant advantage in torque over all of the Colorado engines, but based on the basic feel of a turbocharged gasoline engine compared to a turbocharged diesel engine, we expect that the Chevy will feel quicker around town than any Gladiator powertrain. That being said, the diesel Gladiator offers that big diesel torque feel and it does so with fuel economy numbers which are likely to comfortably crush the 2023 Colorado turbocharged gas engine numbers. Chevrolet has not yet announced fuel economy numbers for the new Colorado, but the odds are very good that they will fall short of the diesel Jeep. 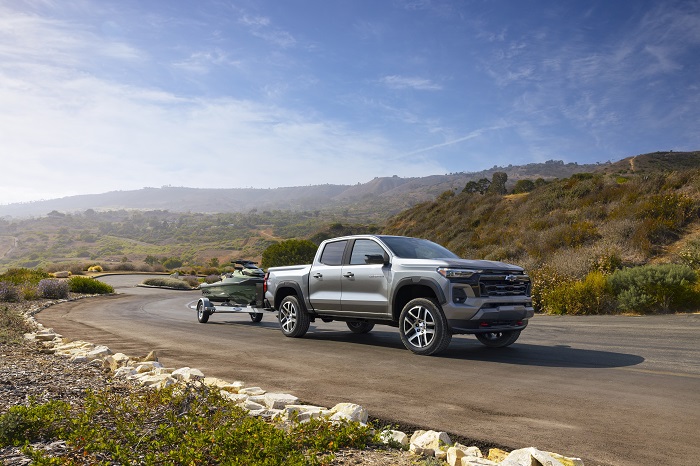 So the 2023 Colorado has a pretty substantial advantage in power, especially compared to the Pentastar V6, but we can’t forget to look at curb weight figures. The Colorado ZR2 has an official curb weight of 5,298 pounds while the top-of-the-line Gladiator Rubicon weighs under 5,100 pounds (5,050 manual transmission, 5,072 automatic). The very capable Gladiator Mojave, which offers the greatest off-road metrics, weighs 4,952 or 4,974 depending on the transmission, which are in the same range as the Colorado Z71 and Trail Boss (4,971). The low-line WT and LT have an official curb weight of 4,716, making them heavier than Gladiator Sport and Sport S models (4,650-4,672). 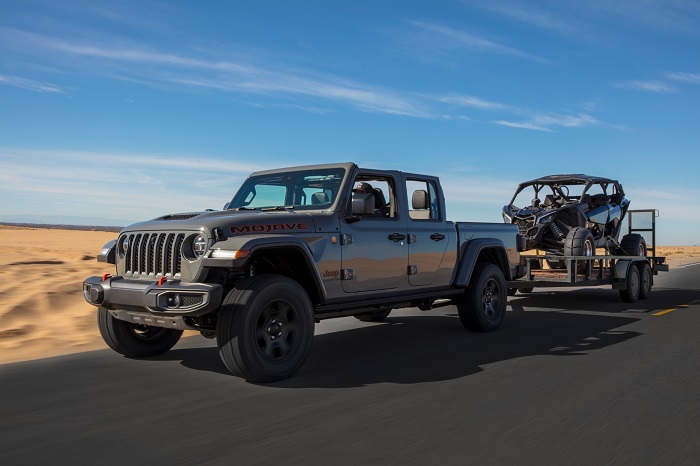 When we consider the weight difference of more than 200 pounds, the power advantages of the 2023 Colorado may not translate into much of an advantage in real world performance. However, with a towing capacity of 7,700 pounds, Chevy now has the most capable midsize pickup, besting the Gladiator’s capacity of 7,650 pounds. However, Stellantis hasn’t announced any information for the 2023 Gladiator, so there is a good chance that the Jeep will get a bump in towing capacity in order to maintain its title of the midsized truck with the highest towing capacity.

Overall, the 2023 Colorado is a more formidable rival to the Gladiator, particularly in rated engine power. It’s now up to Jeep to up its game in the next generation—though it’s only been sold for three years.

What this comparison really shows is that Ram needs a mid size pickup. Some of the features of the Gladiator while making it unique also are negatives to some buyers. A mid size Ram could keep those buyers rather than them going to the competition.

The next gen Gladiator should compete with the Colorado/Canyon by having a 2.0T I4 with six speed manual, 2.0T I4 Etorque with 8 speed, and 2.0T I4 4XE with 8 speed. The Pentastar is gutless in the low end torque department.

Or the already announced Hurricane inline 6, pushing 400hp in base form.