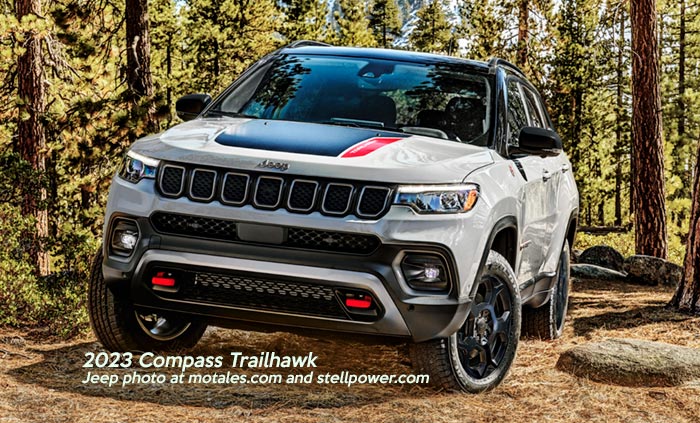 Several outlets incorrectly reported that the 2023 Jeep Compass’ 2-liter turbo engine will generate 270 hp. However, Chrysler itself reported, in three places on the press release, that it will actually generate 200 hp, with 221 lb-ft of torque. This would seem to settle the power question, but what would cause such a large difference?

These numbers are substantially better than the outgoing 2.4 engine, not to mention the Fiat 1.4 turbo and the GSE 1.3 turbo engines which have been used in the Renegade. What’s more, the four-cylinder is almost certainly tuned to maximize “the area under the line,” that is, the overall torque curve rather than the peak number. One of the criticisms of the old 2.4 was that it was tuned for marketing numbers (a high peak) rather than day to day drivability. The 2.0 should resolve that criticism.

More to the point, the 2.0 turbo used in the 2023 Jeep Compass will run on regular fuel, not premium fuel as in some other applications. That makes it a far cheaper option than it would be otherwise. Compression is set at 10:1; peak power comes at 5,000 rpm and peak torque comes at 1,750 rpm—and stays until 4,250 rpm. That is an impressive range. 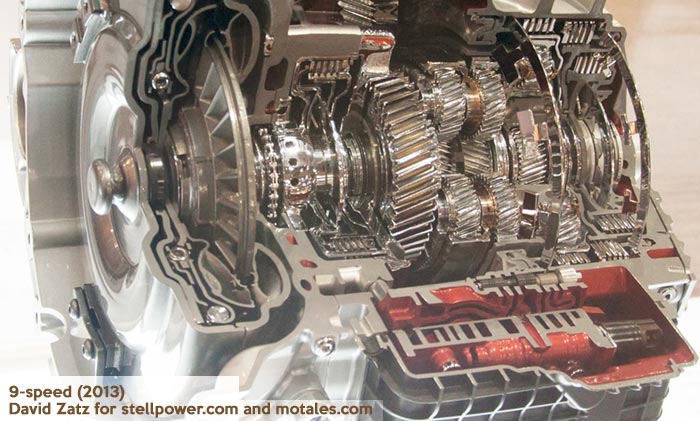 The transmission remains a bit of a mystery. The ZF nine-speed was a good match for the Compass, but many complained that they almost never reached 9th gear in either the Compass or the Cherokee, especially with all wheel drive. It seemed to be possible that the company changed the ratios and programmed the computer to ignore the mechanical ninth gear, but word from the company is that the new transmission is definitely an eight-speed, not an altered nine-speed.

That brings us to Aisin, which makes an eight-speed automatic which is quite popular in the industry. Toyota calls it the UA80F; BMW/Mini, General Motors, and Stellantis partners DS, Citroën, and Peugeot all use it (Stellantis sells it as the EAT8, or Efficient Automatic Transmission 8-speed).

These are the gear ratios for the new Compass 8F30 transmission, along with, for comparison, the Aisin AWF8F45 (and AWF8F35) used by many industry players. There are several different sets of gear ratios for the Aisin, as used by different companies, and it’s not impossible for Stellantis to have specified their own ratios rather than using Aisin’s defaults. On the other hand, there is also an eight-speed Hyundai transmission that fits perfectly. This is also in the chart; it’s called A8F27/A8MF1 by Hyundai, and is rated for up to 195 lb-ft of torque. The same transmission but with different gear ratios is rated for up to 304 lb-ft, so Jeep may have chosen the A8F42/A8LF2’s capacity with the A8F27’s gearing. (The gearing is used by the Santa Cruz, Santa Fe, and Sonata; the heavier-duty transmission is used by, among other vehicles, the Carnival and Tucson.)

The original Compass and Patriot, which were based on Mitsubishi platforms, used earlier six-speed versions of the Hyundai automatic. (Credit for this find goes to Allpar’s pbrutsche.)