Last week, we posted a story on Stellantis’ hydrogen fuel-cell electric vehicles (FCEVs), which are mainly being developed in Europe; but reader RustyDodge reminded us that heavy duty Rams have another path they can follow.

Cummins, maker of Ram heavy duty pickups’ acclaimed diesel engines, has for years been working on hydrogen, natural gas, and electric power for trucks, and even has built large-scale electrolysis systems to separate hydrogen using renewable energy in Denmark, Canada, and the United States.

Cummins announced on February 14, 2022 that it was developing “the industry’s first unified, fuel-agnostic engines,” using core components, including blocks, that can handle different “lower carbon” fuels.

Cummins declared that the B engine, used by Ram for three decades (currently 6.7 liters in Rams), will be made in forms that can burn diesel, natural gas, or hydrogen—not to mention gasoline and propane. (The engine is already made in natural gas or diesel versions.) 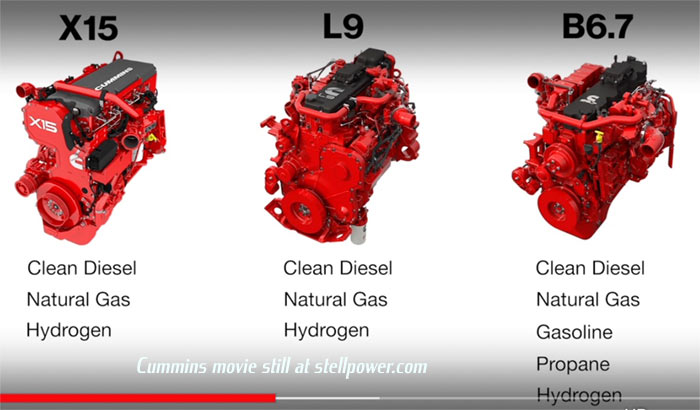 The low-carbon forms will share many parts with the diesel version to ease servicing and reduce training, tool, and inventory costs. According to the company’s head of engineering, most parts commonality will be below the head gasket, while most differences will be above it—in fuel delivery and such; the company quoted roughly 80% parts commonality between fuel versions. Cummins may even to deliver the entire powertrain as a system.

The first of the revised engines should be ready in 2024—just two years away; whether it debuts in heavy duty Rams or other applications is a matter for speculation at this point. It may not run hydrogen at first, but commercial buyers might be able to get a Ram 4500 chassis cab, for example, that runs on propane or natural gas—with hydrogen arriving later.

Because of the need for safe storage tanks, few have seriously developed hydrogen power for commuter cars (the Toyota Mirai FCEV has been sold in California and some other markets for years). Generally, hydrogen is considered most practical in trucking, mining, off-road construction, and such—either in large vehicles which have plenty of room for tanks, or which are run by professionals who can use fleet-focused refilling stations. Class 8 long-haul trucks would be a major boon, partly because such trucks gulp down hundreds of gallons of diesel in their runs; are driven by well-trained people; and can rely on a relatively small number of filling stations. 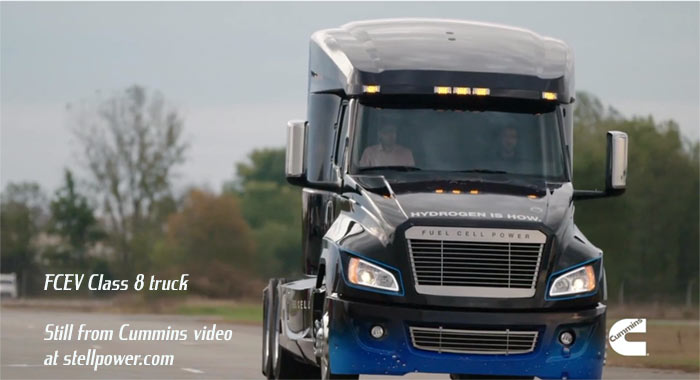 That brings us to the very different types of hydrogen vehicle. One uses fuel cells just to generate electricity; Stellantis has already developed engineering to make the same vehicle with either fuel cells or batteries, using the same motors. The second type is more traditional: internal combustion engines burning hydrogen directly. These are rather similar to the natural gas engines already used by buses and garbage trucks in many places, saving money and reducing pollution (assuming a low-pollution source of hydrogen). Internal combustion hydrogen engines are more efficient under high load, which makes them ideal for some heavy trucks; and they can use lower-grade (less pure) hydrogen than FCEVs. 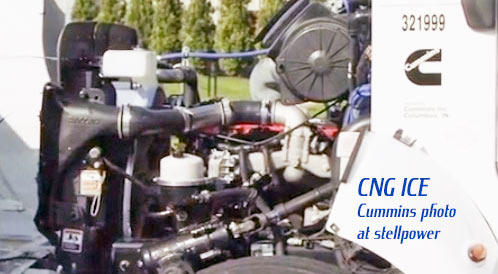 Hydrogen is usually taken from fossil fuels now, but increasingly hydrogen is being isolated from water in renewable-energy-supplied plants. Pilot projects are in place to isolate hydrogen in batches from wind turbines when their power isn’t needed for the grid, instead of simply stopping the turbines.