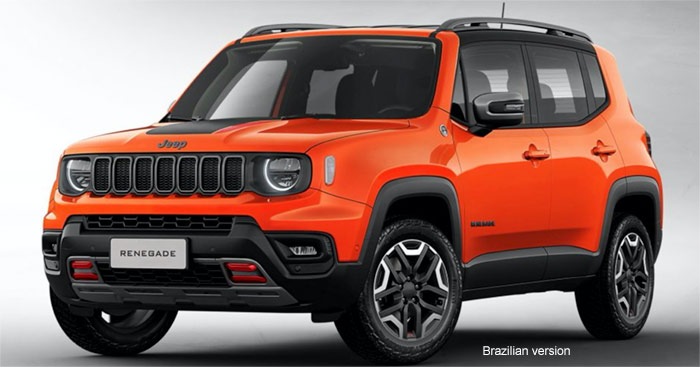 So far, there has been no official word on what awaits buyers of the North American version of the 2023 Jeep Renegade. Developed with the Fiat 500X, the Renegade can still take a pounding offroad, even if it’s not going to be winning any contests with Wranglers; for those who scoff at the Italian-made crossover’s credentials, keep in mind that its launch was held back by around two years so it could be brought up to snuff.

The Renegade’s sales in the United States were reasonably good until 2019, but it took off like a demon in Europe, quickly accounting for most Jeep sales. American sales have been fairly lackluster, but still more than all Fiats and all Alfa Romeos combined. As gasoline prices rise, the Renegade might also find more friends “stateside.”

Cosmetically, the 2023 Renegade will almost certainly adopt the changes made in the updated Brazilian version, pictured here. The front looks a bit less pop-eyed, and a bit more intense; any cartoonishness in the “face” is replaced by a certain ruggedness. The back is similar, with updated tail-lights and minor changes which add up to change its visual impression quite a bit. 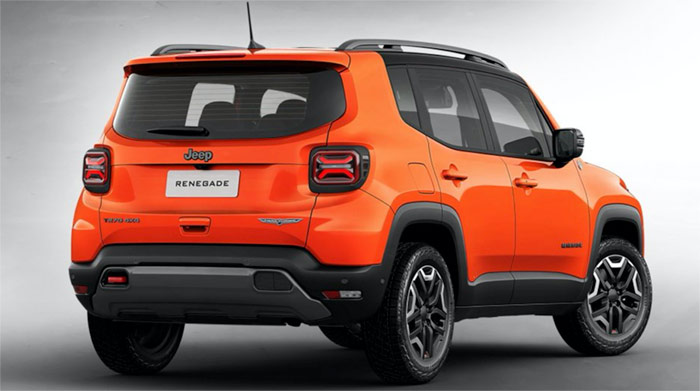 The 2.4 liter engine is already gone from the Compass, and the 1.3 turbo is most likely staying for base models. In Europe, a hybrid version of the Compass and Renegade is already being sold, with a 1.5 liter turbocharged four-cylinder engine with an electric motor. This powertrain, at roughly 200 horsepower, is far quicker and more responsive than the 2.4, and should be the most attractive feature of the 2023 Renegade—if it does come to North America. It should be a serious improvement over the existing 177 hp 1.3 engine.

Chances of the hybrid powertrain arriving in North America seem to be fairly high, given Stellantis’ stated goal of no longer funding Tesla (by buying fuel-economy credits) and customers’ attention to the price of gasoline. The vehicle is already built in Italy, so the main cost is likely to be certifying it in the United States (crashworthiness, emissions, and fuel economy).