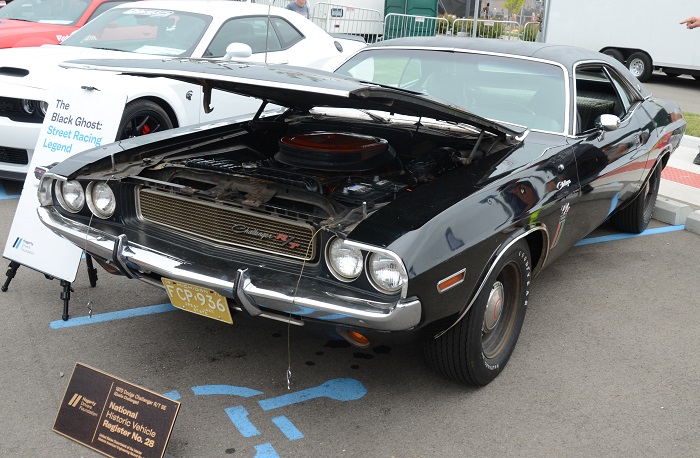 At Roadkill Nights a few weeks back, the area behind the VIP area had an array of Dodge vehicles on display, including a few new models and a few classic legends. One of those classic legends was the 1970 Challenger RT/SE known as the Black Ghost. This car was owned by a Detroit street racing legend who always managed to evade police at the hottest racing spots in the city. As it turns out, the driver of the Black Ghost never got caught because he was a police officer named Godfrey Qualls and he was familiar enough with police activity to avoid getting caught.

While the fact that he never got caught was epic, this 1970 Dodge Challenger with 426 Hemi power is famous because it was a nearly unbeatable street racer, even though it was nearly stock. Qualls family members have told Hemmings that the only modifications were the removal of the mufflers, an aftermarket coil and 11-inch-wide slicks out back. He would come out with his Challenger, win a few races on Telegraph or Woodward, then disappear for months.

His son, Gregory, owns the car today, still wearing the familiar Africa flags on the front fenders along with all of the cosmetic wear that occurred over the years. It has not been restored, but it is in remarkably good shape for a car of its age, right down to the black vinyl top. 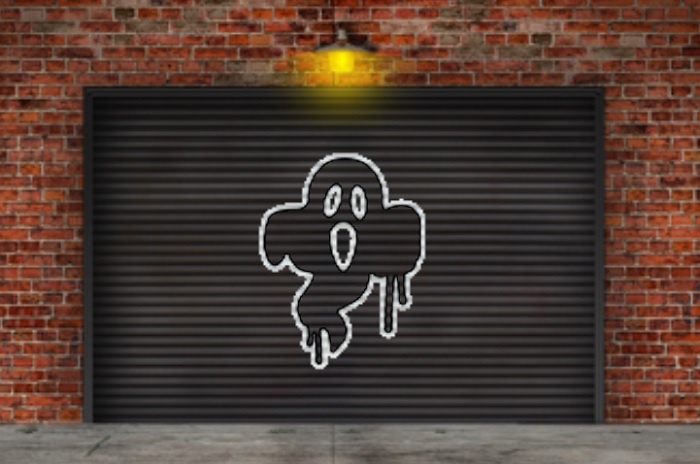 When we did our piece earlier this week looking at the upcoming buzz models of the Dodge Challenger and Charger, we showcased the image below of a Challenger under a black cover with a unique pattern. Also, the corresponding emblem on the Dodge Never Lift plan calendar is a ghost. Several commenters pointed out that the pattern on the cover looks like the vinyl roof pattern on the original Black Ghost Challenger, which happened to be one of the cars that the brand chose to display at Roadkill Nights.

Coincidence? We doubt it.

Seeing as how the original Black Ghost Challenger RT/SE was barely modified, a modern package based on that legendary street brawler could be pretty simple. The cover suggests that it will be a Redeye with the high output 6.2-liter supercharged Hemi. The odds are pretty bad that it will have a vinyl top, but a wrap that recreates the pattern would be cool, along with the African flags on the fenders.

Since Godfrey Qualls only added a coil, which wouldn’t add much power, perhaps Dodge will use the Super Stock tune with 807 horsepower rather than the Redeye tune with 797 horsepower, but I am always hoping that the company pushes out as much power as possible. They may just stick with aesthetic upgrades for all of these models, but even with 797 horsepower, the modern Challenger would make a fine modern representative of the Black Ghost story.

Unfortunately, based on the dates on the covers, this will be the last buzz model to debut, with the introduction scheduled for September 21st, so while we know what that Challenger Redeye will be called, we don’t know exactly what will make it unique.