When Chrysler developed the Plymouth Prowler all those years ago, it was mainly a way to get expertise in aluminum and to set a new style for Plymouth. That style wound up in the originally-a-Plymouth PT Cruiser, and aluminum ended up in the Ford GT and F-150 after Ford hired many of the people from the Prowler development team.

The Prowler had another trick up its sleeve, too—a pushrod suspension design which had horizontal dampers and active controls. That suspension design also appeared on the Chrysler ME-412, an incredibly potent lightweight vehicle using an AMG V12 engine which was reportedly “production intent” but angrily cancelled from Stuttgart—because it made mincemeat of the expensive Mercedes SLR. 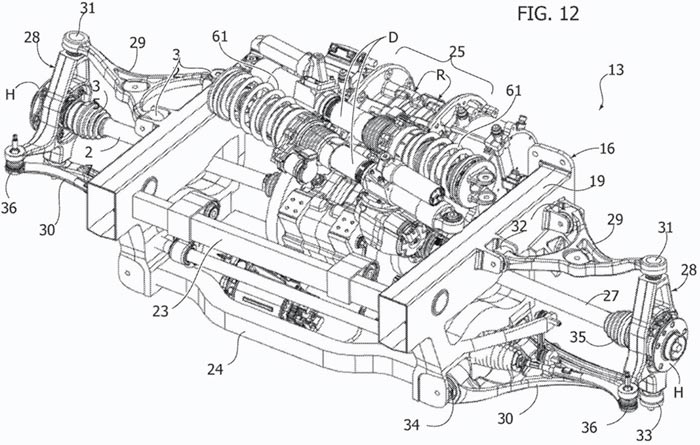 According to Muscle Cars & Trucks (cited by Mopar Insiders), Stellantis recently patented a similar design adapted for electric cars. The patent specifically describes a frame module which carries the motor and a suspension which has upper and lower oscillating arms connected to each wheel by swivel joints. The suspension would have two horizontal shock absorbers, each connected to an oscillating arm by a link. Brake discs would be connected to wheel hubs by drive shafts; one example would have two electric motors and gear reducers connected by an output shaft to the brake discs. 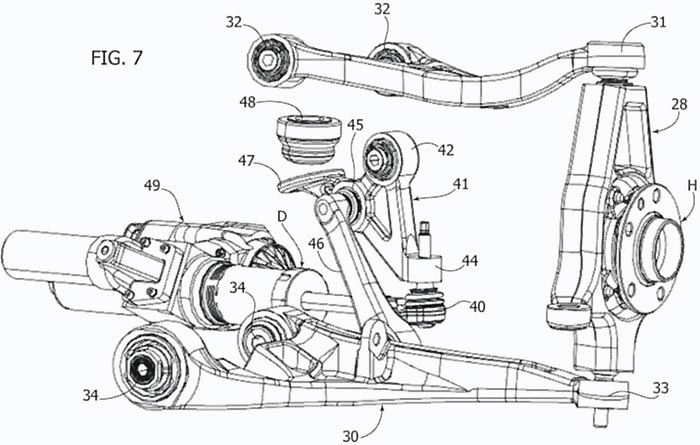 While pushrod suspensions were used in Formula One and Indy car racing because of their superior spring and damper motion ratios, they must be executed well to avoid suspension friction, which can cause a great deal of harshness. It seems unlikely most Challenger BEV owners would want the extremely firm suspension feel of a Plymouth Prowler, for example; but this is a heavily revised version of that idea, and could well be tuned for a more comfortable combination of ride and handling.

A respected suspension engineer commented that the main reason for moving the springs and shocks inboard was to help brake cooling and use different bell cranks, increasing suspension efficiency.

The patent application is now just over three years old, and it might not be current. Advance engineering teams tend to try a number of ideas early on, choosing the most practical one.