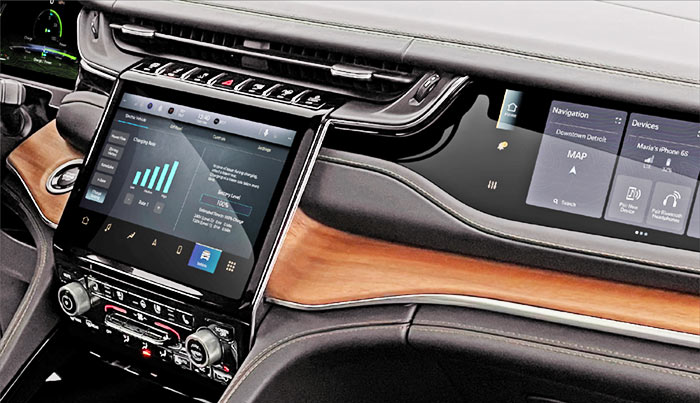 When the New Mack plant was first created (from two Mack engine plants), the plan was to make next-generation “WL” Grand Cherokees there, ramping up while the old Jefferson North plant next door pumped out the old “WK” Grand Cherokees and Dodge Durangos.

Now that the new Grand Cherokee, including the Durango-replacing Grand Cherokee L, is in full swing at Mack, Jefferson North is shutting down for eight weeks for retooling. When it is done, a $900 million changeover, which is creating 1,100 jobs, will allow for the production of plug-in hybrids and full battery-electrics.

The plug-in hybrid is already being made—the 2022 Grand Cherokee 4xe. The battery-electric will arrive by 2025, but don’t expect it this year; the first electric Jeep will be Renegade-sized and won’t launch until early 2023.

The move probably does spell the end for the old version of the Grand Cherokee, and might also mean that the Durango has reached the end of the line. That said, many believe that the Durango name will simply move over to the Warren Truck plant; a new Durango will be based on the Jeep Wagoneer, stripped of bells, whistles, and luxury gear, helping to build some volume. The original Durango was based on the Dodge Dakota pickup; the new 2023 Durango would be based on the Ram 1500 pickup.

According to the Detroit News, which provided the Jefferson closure news, the Belvidere plant will restart Cherokee production after shutting down due to lack of semiconductor-based parts.