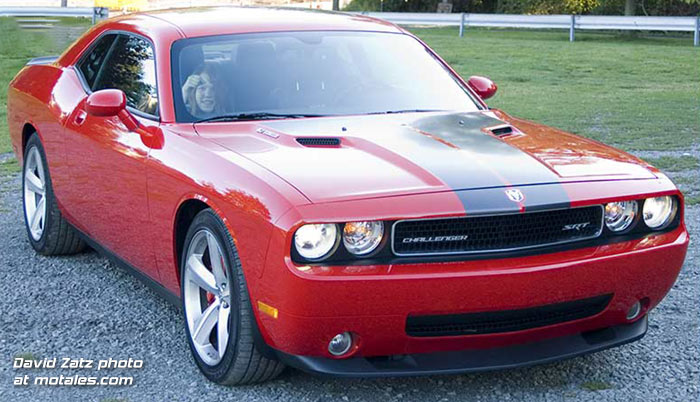 FCA issued an “urgent need for service” to recalcitrant Mopar owners who are apparently refusing to get their old and increasingly dangerous airbags replaced.

While Chrysler used far fewer Takata airbags than most other major automakers, they did use them in numerous cars. In this case, the company is urgently asking owners of 2005-2010 Chrysler 300s and Dodge Magnums, Challengers, and Chargers to let their dealers know they have the cars. The dealers will then tow them to the dealership.

FCA US LLC urges owners or custodians of certain older-model Dodge and Chrysler vehicles with unaddressed Takata driver-side air-bag recalls, to immediately stop driving them and contact the Company to obtain the required repair – free of charge.

We strongly reiterate our previous warning, having confirmed a third Takata-related fatality involving this population of vehicles. They are equipped with Takata air-bag inflators whose chemical properties may deteriorate over time, particularly if exposed to hot, humid climates.

Such conditions may cause the inflators to rupture on deployment, scattering razor-sharp debris capable of causing serious injury or death.

“Time is a critical element here because the risk increases with each day these air-bag inflators go unreplaced,” said Tom McCarthy, global head of Technical Safety and Regulatory Compliance at Stellantis. “We have the parts, and the service is free. We will provide alternative transportation, also free, to help people get to and from our dealerships, as needed.”

Affected are the Chrysler 300, Dodge Magnum, Challenger and Charger from model years 2005-2010. Owners or custodians of these unrepaired vehicles are urged to call 833-585-0144. FCA US will then arrange to have them towed, free of charge, to accommodate the free service, which takes less than an hour, on average.

“We understand the holiday season is a busy time,” McCarthy added. “But nothing is more precious than family and friends who may also be exposed to danger by further delaying service which, again, is free.”

On Dec. 16, FCA US formally advised NHTSA of the additional fatality in the stop-drive population, which comprises approximately 274,000 vehicles.

The vehicle’s owner inquired with the Company about the driver-side air-bag recall in 2018, but then declined an opportunity to schedule the free service at a dealership. FCA US continued to send urgent notifications to this owner through 2022, contributing to a total of 114 outreach attempts over a seven-year period. [Bolding from Stellpower]

In July, the owner loaned the vehicle to a family member who was subsequently killed in a crash when the driver-side air bag ruptured on deployment.

The Company extends its deepest sympathies to the families and friends of those affected by the three confirmed Takata-related fatalities. A total of 269 outreach attempts were made to owners of these vehicles.

FCA US implores owners and custodians of the vehicles listed above to join the customers who have responded to warnings over the years and helped us replace 6.1 million defective Takata air-bag inflators. Since the recall was launched, we have reached out to those affected nearly 210 million times using standard and first-class mail, courier service, e-mail, text messages, phone calls and home visits.

Air bags of the variety subject to this recall have not been used in FCA US vehicle production since 2016.