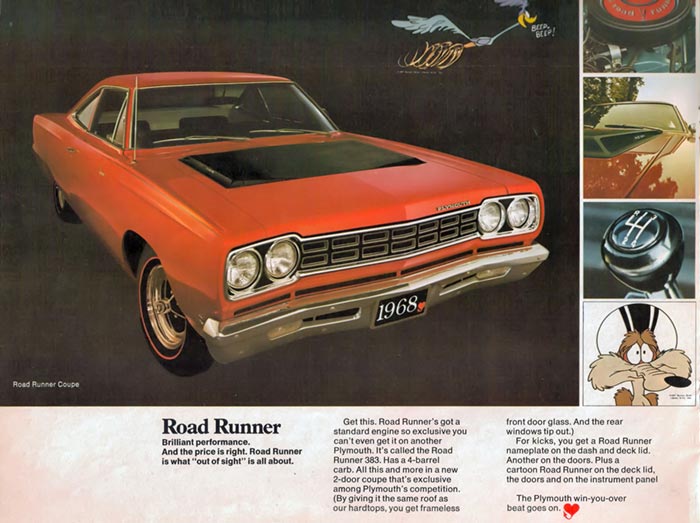 FCA US, the American arm of Stellantis, recently applied for a trademark on the name Road Tripper (two words), for “passenger automobiles and structural parts therefor.”

While we don’t know whether Road Tripper will be a trim package, option group, or an actual car model, Stellantis does seem to be on the verge of coming out with a fairly large number of new cars. The new “electrified” platforms to be made in Brampton and Windsor promise new cars and replacements of existing ones. 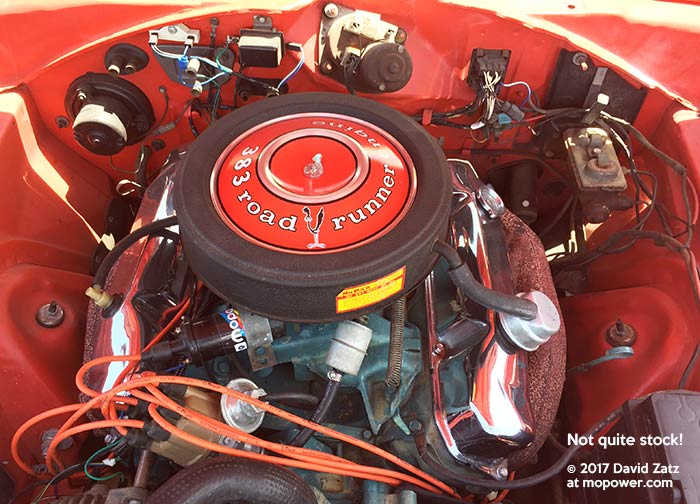 The original Plymouth Road Runner was a clever package which provided the most performance for the fewest dollars—stripping out everything it could, including carpeting, to reduce weight and cost (for 1968, the bird decal was black-and-white!). The 383 cubic inch engine was bolstered by parts from the big 440, making it more powerful—but it had a single four-barrel rather than twin or triple carbs so it wasn’t too hard to keep in tune. For the 1968 model year, the Plymouth Road Runner had that engine all to itself. (For the full Road Runner history, see motales.com)