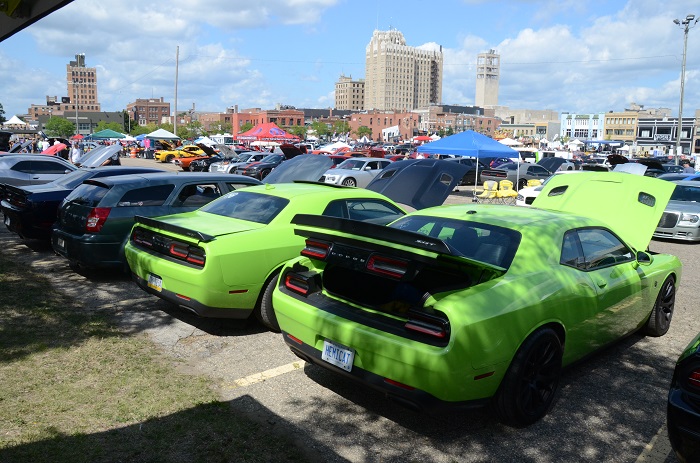 The Woodward Dream Cruise is an amazing event, with tens of thousands of muscle cars cruising up and down Woodward Avenue in Metro Detroit and all sorts of displays in the parking lots along the way. For Mopar fans, the Modern Street Hemi Shootout parking area in Pontiac, along the Dream Cruise route, has been the best place to watch the cruisers and to check out some amazing vehicles in the lot. That parking area is part of the Modern Street Hemi Shootout HEMI’nsanity event which begins the day before at Milan Dragway, with the best modern Mopar drag racing in the world. 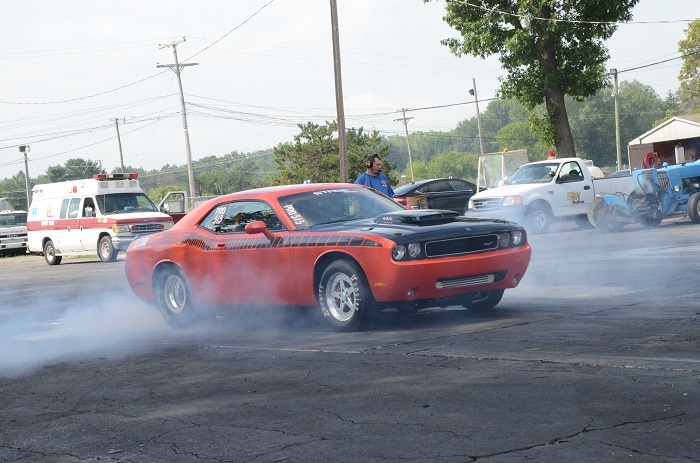 Whether or not you have a modern Hemi-powered machine to go drag racing, if you are a Mopar fan, the MSHS race on Friday and the Woodward parking area on Saturday will make for the best Dream Cruise experience possible. Spend a day at the track, watching the quickest modern Mopar drag vehicles in the world, followed by a day of hanging out with the people from the series in the Dream Cruise parking lot, complete with great barbecue lunch. 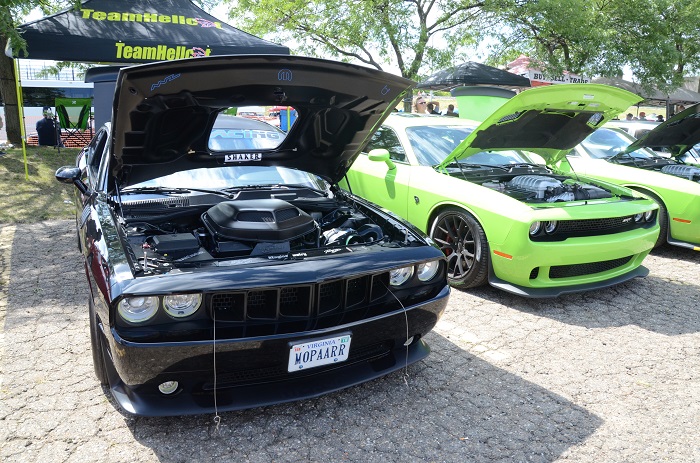 While the Modern Street Hemi Shootout has held their HEMI’nsanity event in Metro Detroit for the past five years – and every year has been great – there have been some changes over the years. At first, the series raced at Milan Dragway and parked in the Pontiac Loop portion of the Woodward Dream Cruise route. The racing images here come from the MSHS Milan event back in 2017. 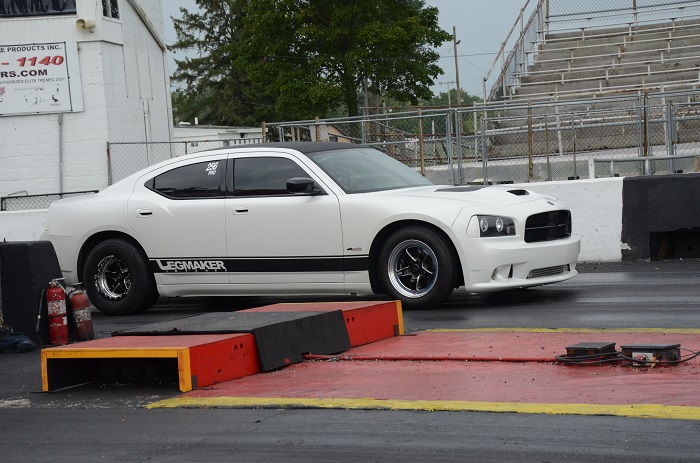 If you are interested in racing with the Modern Street Hemi Shootout series on Friday, August 19th, you can also register for the pre-event track rental on Thursday the 18th. Racer registration for the event costs $120 and includes two classes – the East Coast Moparts Bracket class and the index class that applies to your vehicle. If you haven’t been to an MSHS event before, they do a fantastic job of getting cars into the lanes and down the track, providing plenty of test runs ahead of eliminations. Also, the winners of each class go head-to-head for the King of the Hill title. 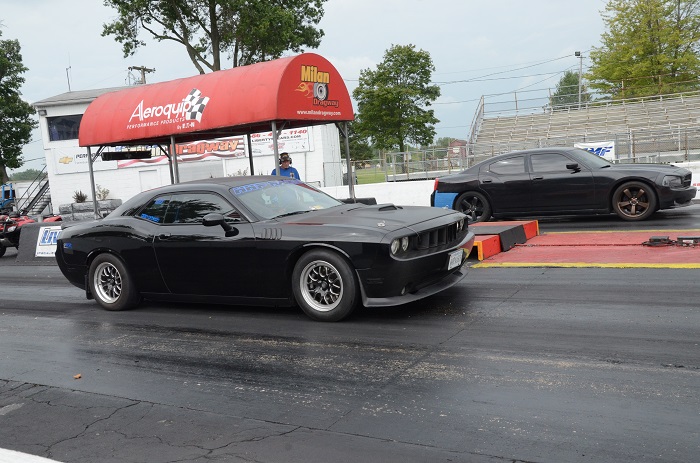 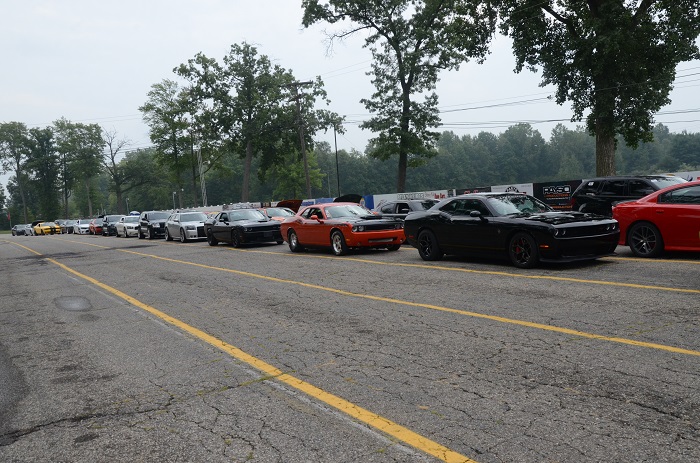 If you have never participated in an MSHS event before, you can enter the free Rookie class, sponsored by TC2 Motorsports. This is a bracket-style class, open to just 8 first-time racers and the top 4 finishers get a plaque. As this piece goes live on the website, there are still some openings left in the rookie class.

If you want to go racing with the MSHS and hang out with the series at the Woodward Dream Cruise, you can buy the “Full Package” ticket for $180. That includes racing on Friday, come-and-go parking on Saturday and a meal ticket for one person. You can purchase additional meal tickets for $25. 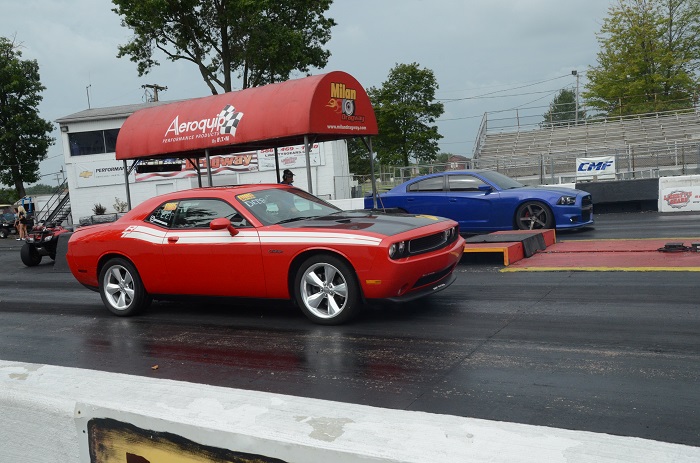 Finally, if you really want to get your modern Hemi powered machine dialed in for the HEMI’nsanity racing, the pre-event track rental costs $130 and includes open track time from 10am to 5pm.

It should be noted that Milan Dragway is under new ownership and management this year. A few years back, while under different ownership and management, the track acquired a fairly poor reputation, but those are a thing of the past. The new owners refinished the track surface and many all sorts of improvements around the grounds, so people who have avoided Milan in the past should give it a shot under the new supervision. 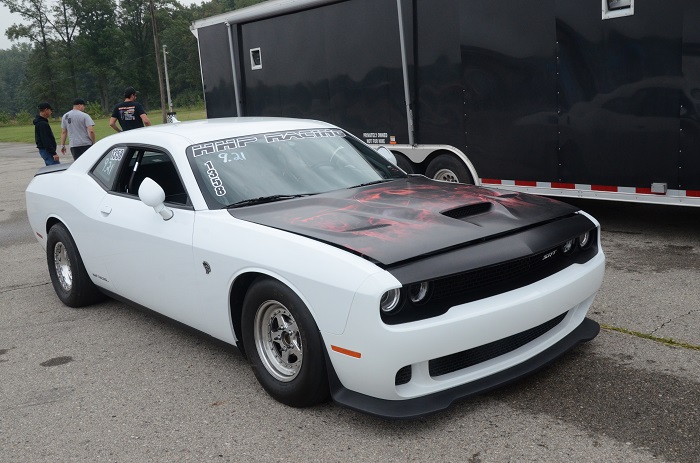 If you do not have a vehicle to take drag racing with the Modern Street Hemi Shootout, but you would like to park your Mopar with the series racers at the Woodward Dream Cruise, you can buy a parking ticket for $60. That includes a meal ticket for one person and additional meal tickets can be purchased for $25. 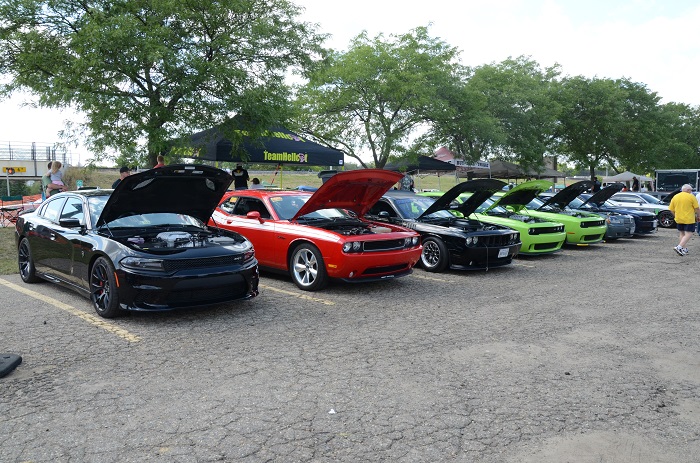 Aside from being a great parking location with great food, the crew from the LX & Beyond Nats runs a car show during the Dream Cruise with plaques for a variety of classes.

As mentioned above, Dodge will have their official display in the same area as the Modern Street Hemi Shootout, so if you pay to park with the series, you will have the best seats in the house to check out the Dodge display. Dodge is planning some big announcements around the Dream Cruise, so there could be some cool new things to check out from the automaker. If nothing else, the brand should have their latest models currently on sale on display. 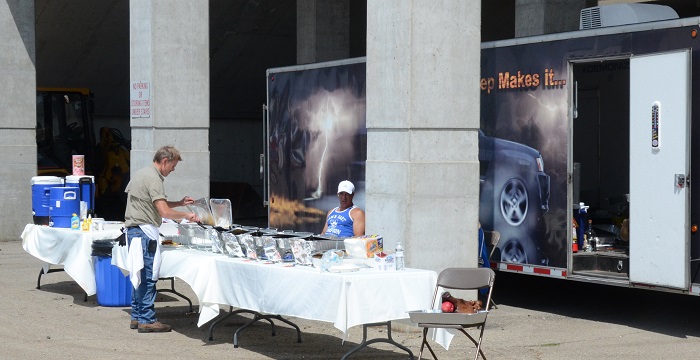 In short, if you want to show off your Mopar along the Woodward Dream Cruise route, the Modern Street Hemi Shootout will offer the best experience – from the official Dodge display to the quickest modern Mopars in the world.