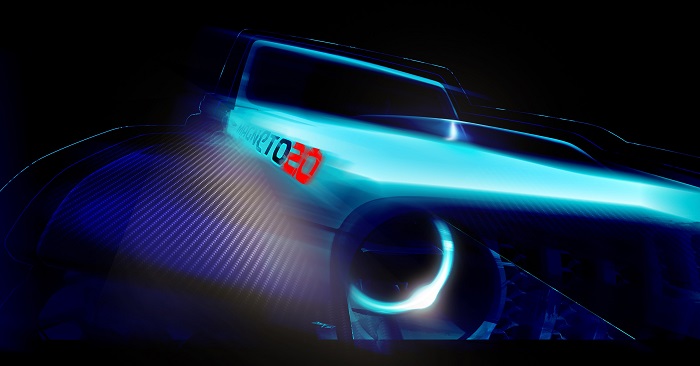 Today, Stellantis issued the sixth teaser image ahead of the upcoming Easter Jeep Safari in Moab, Utah and this time, the vehicle shown is somewhat familiar. We can clearly see the name “Magneto 2.0” and the short bit of information suggests that this is a new iteration of a previous model. In this case, the Magneto 2.0 is likely a beefed-up version of the Wrangler Magneto Concept that debuted at the 2021 Easter Jeep Safari.

“Like all good comebacks, do you stick with the proven blueprint in all of its mind-boggling electrified glory or do you push the limits on legendary Jeep 4×4 capability and off-road development even further? Fair to say the enthusiasts already know the answer. The story continues…”

The image shows the passenger’s side front corner or either a Wrangler or Gladiator with a hood scoop and the name “Magneto 2.0” on the side of the hood. It also appears to have much wider fender flares, but that could may just be an aspect of the teaser that is accentuated for the artwork.

As for the Magneto name, it was introduced as a Wrangler Concept at the 2021 Easter Jeep Safari. The key feature of that concept was a low-speed electric motor with 285 horsepower and 273 lb-ft of torque – up from the standard V6 specs of 285 horsepower and 260 lb-ft of torque. Best of all, it is mated to a 6-speed manual transmission, providing a much more natural driving feel than many shift-free EVs. Thanks to the smoother torque curve, this electric motor makes the Magneto Concept nearly a second quicker than a standard V6 model. 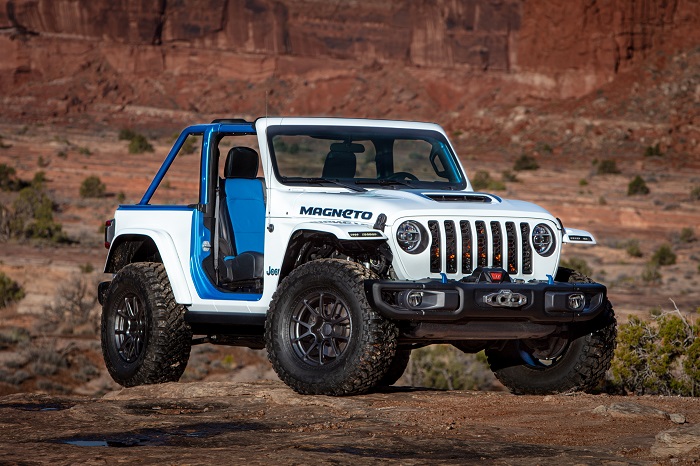 In addition to the electric drivetrain, the original Magneto Concept had a 2-inch Mopar lift kit, 35-inch off-road tires, a roll cage and a blue-and-white paint job. 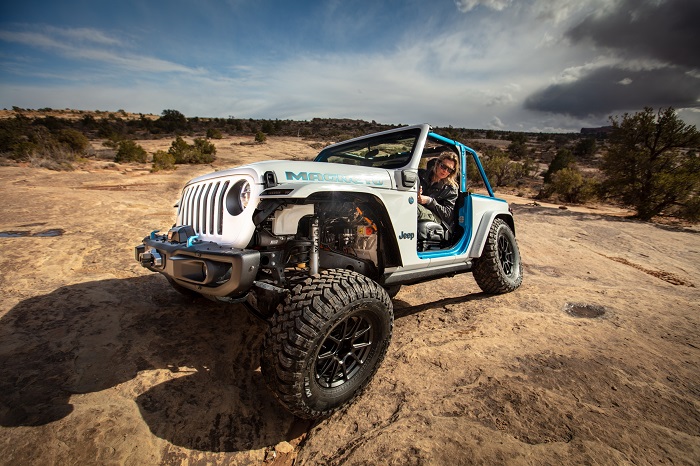 So how does Magneto 2.0 “push the limits on legendary Jeep 4×4 capability and off-road development even further”? Our guess is that they added more electric power or a more elaborate off-road suspension setup, both of which could make this concept more functional on any driving surface. There is also the possibility that the 2.0 version is a Gladiator whereas the original was a Wrangler, but we will have to wait 2 weeks to find out when this new concept debuts in Moab, Utah.