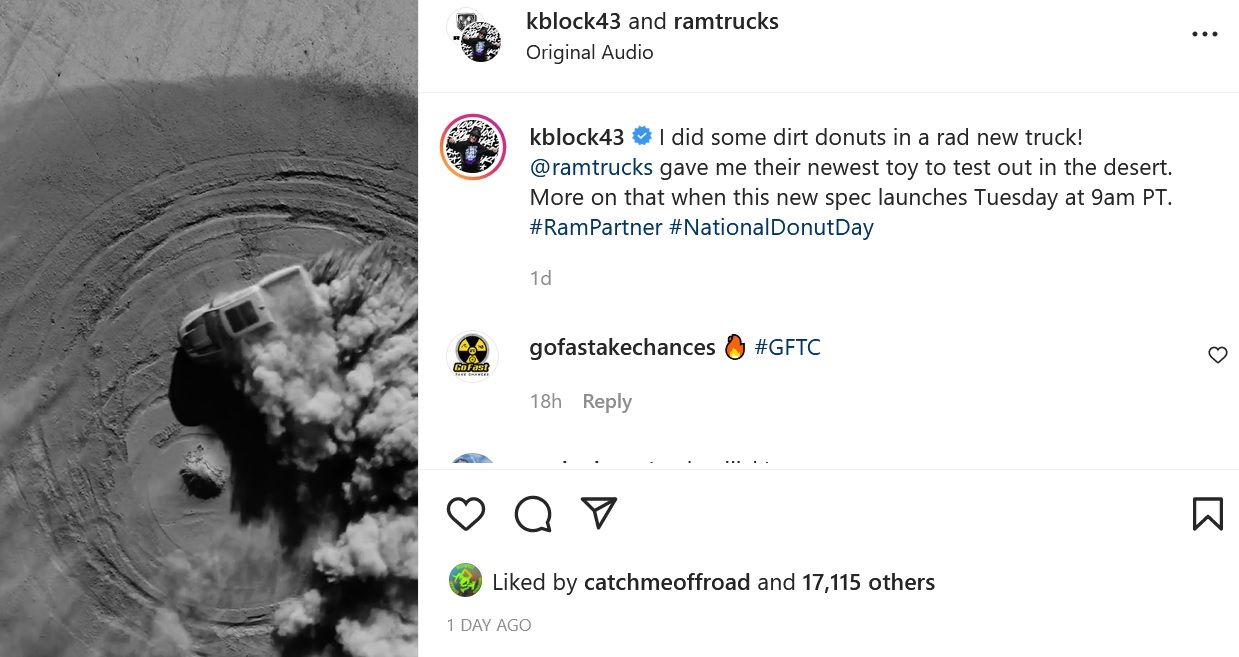 On Friday, off-road racing legend Ken Block shared a video on social media showing a truck doing donuts in the sand from a bird’s eye view. The details with the post were limited, but Block stated that he was testing a new truck from Ram.

“I did some dirt donuts in a rad new truck! @ramtrucks gave me their newest toy to test out in the desert. More on that when this new spec launches Tuesday at 9am PT.”

While the overhead video is shot from far away, we can see what appears to be the unique hood of the Ram 1500 TRX and based on the roar of the engine, we are guessing that the truck in question packs the supercharged 6.2-liter Hemi.

When some people see Ken Block talking about a “rad new truck” from the Ram brand and we see/hear TRX-like attributes, they get excited about the rumored Redeye Ram, packing closer to 800 horsepower. Sadly, we don’t think that the Ram 1500 being teased by Block is that spicy, as earlier this week, the Ram Trucks consumer site briefly shared information on a new Ram 1500 TRX trim level. That information was quickly removed, but not before we got a screenshot.

As you can see in the image below, there is a 2022 Ram 150 TRX Sandblast Edition on the way and based on the unique color, we believe that this is the truck that Ken Block was testing in his Instagram video. The information from the Ram Trucks website states that the Sandblast Edition features an “exclusive exterior color, signature interior styling and the capability you’ve been dreaming of”. 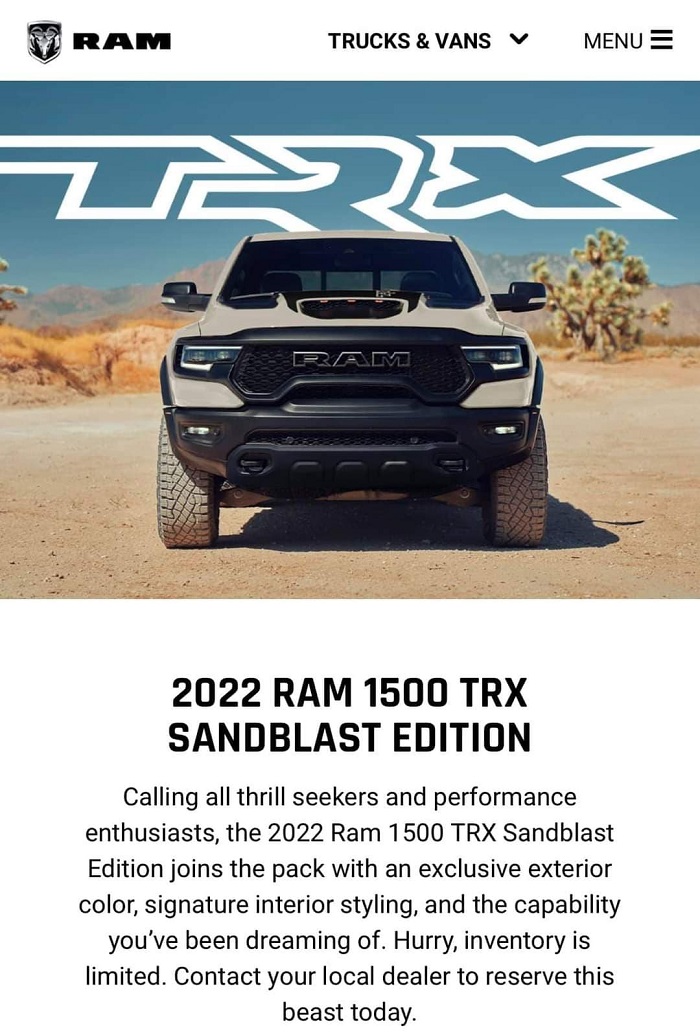 We do not have a list of features for this truck, but we were also sent a handful of images of a Sandblast Edition Ram 1500 TRX, including the plaque on the center console. We do not know where those images originated, so we are not publishing them, but from those images, we can draw some key information. Most importantly, the plaque from the center console clearly states that the Sandblast Edition has 702 horsepower with 11 pounds of boost pressure, so sadly, this is not the rumored Redeye Ram. We know that the truck comes in Mojave Sand Clearcoat exterior paint and that it rides on Goodyear Wrangler all-terrain tires measuring 325-65-18, wrapped around beadlock-capable wheels.

Now, there is a chance that the TRX Sandblast Edition will feature some sort of unique suspension tuning or traction management system adjustments specifically for high speed sand driving, but with regard to the nuts and bolts, we believe that this will be mechanically identical to the other TRX models already on the street.

According to Ken Block’s post, this new Ram truck will be revealed on Tuesday at 9am Pacific Time, so we won’t have to wait much longer to see if our early information proves to be accurate (as usual). [Update: See the reveal page.]