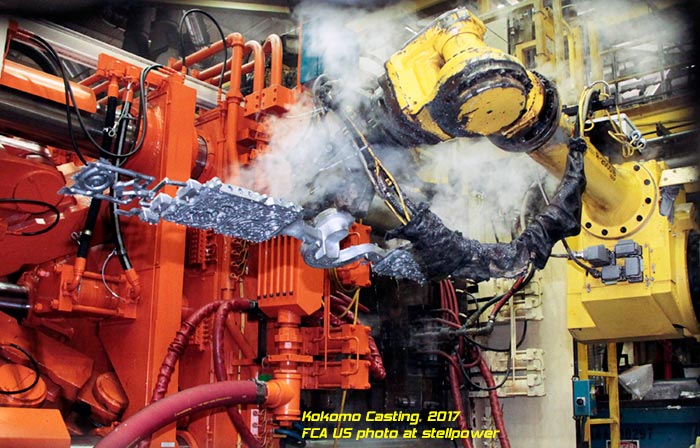 Kokomo Casting employees at UAW Local 1166 are striking for repairs to the heat/vent/air conditioning systems, movement on health and safety issues, clean uniforms (which are provided to workers in other plants), and work rule adjustments.

The union issued a statement noting that Stellantis claimed to have no money to fix these issues even as it built a new battery plant in the same area. So far, Stellantis has not issued a public statement.

Kokomo Casting was built in 1965; it is the largest die-cast facility in the world.

Update: An agreement has been reached.

Story via UAW as cited at Allpar