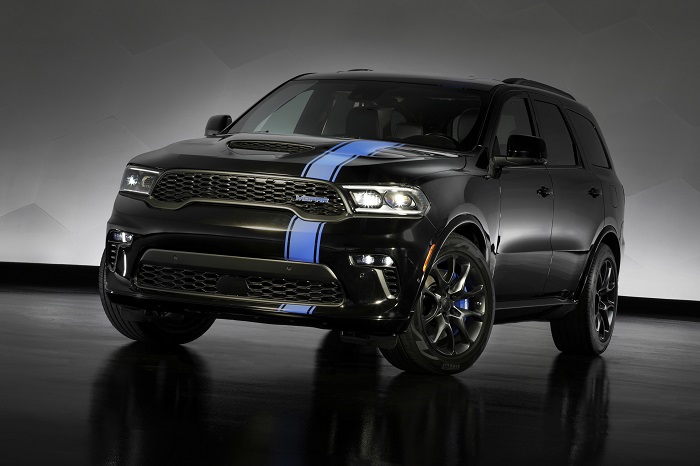 Earlier today, Mopar introduced the 12th edition of their in-house branded vehicles featuring an array of aftermarket parts on a company, with the Moparized Dodge Durango being transformed into the Mopar 22. Based on the Durango R/T AWD, this SUV features unique appointments inside and out, creating an an aggressive, menacing package that is limited to just 250 units in North America.

“Our new, limited-edition Mopar ‘22 Durango features exclusive Mopar performance parts and accessories.’” said Mark Bosanac, North America vice president, Mopar Service, Parts & Customer Care. “Unlike any other aftermarket offerings, our performance parts and accessories are jointly developed and quality tested with the product engineering team and they are backed by the factory.”

Here is a look at what makes this Dodge Durango the Mopar 22.

As mentioned above, the Mopar 22 is based on the 2022 Dodge Durango R/T AWD with both the Plus Group and the Tow N Go Package, in either DB Black or White Knuckle. 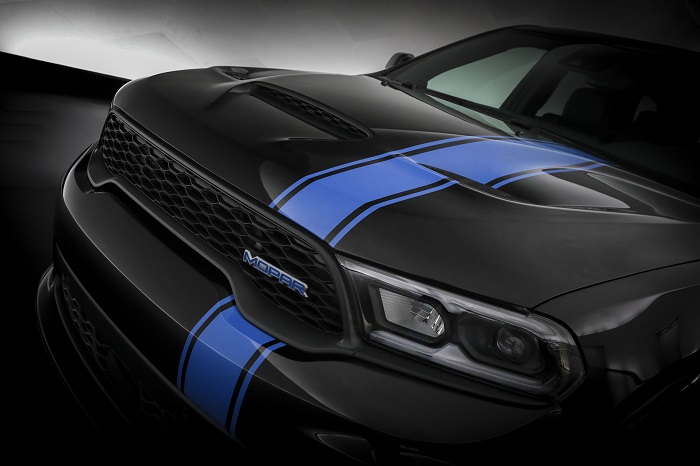 On the outside, the Mopar 22 package starts with an offset Mopar Blue stripe that runs from the front fascia, up over the hood and roof to the rear fascia. The package also includes a Mopar Blue “Mopar” badge on the grille, Mopar Blue Brembo brake calipers and black 20-by-10-inch Lights Out wheels wrapped in Pirelli performance rubber. 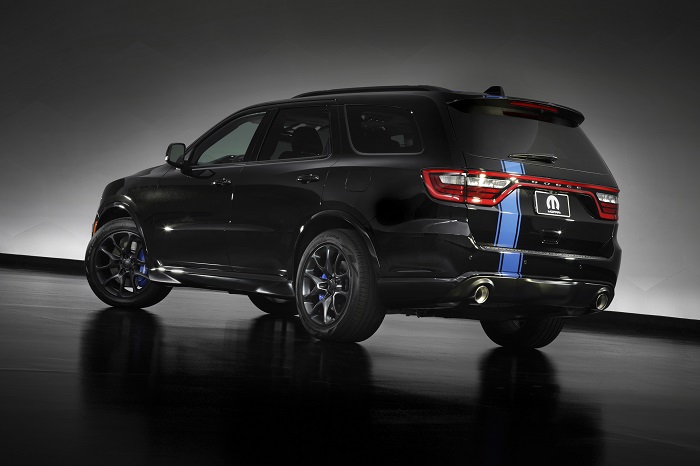 Inside, the Mopar 22 Durango comes with a badge on the dashboard with the vehicle serial number, leather-and-suede seats with a two-tone Mopar logo embroidered on the seat back, Mopar Blue accent stitching throughout the cabin, Mopar bright pedals and all-weather floormats. The Mopar 22 also includes the Performance Pages app on the infotainment system along with the active noise cancelation system from the SRT models. 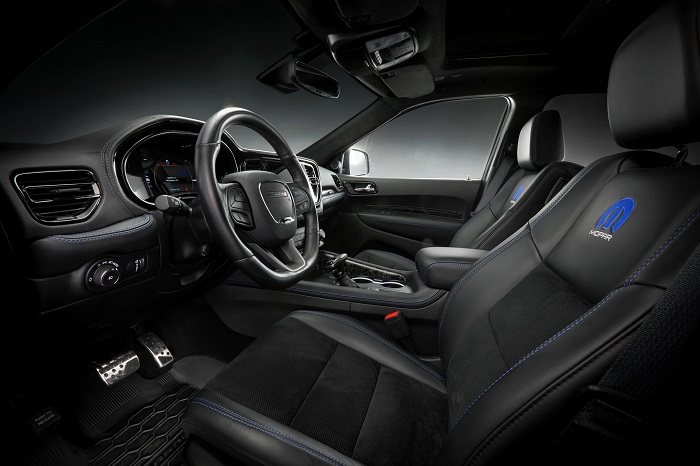 Like all Durango R/T models, the Mopar 22 comes with the 5.7-liter Hemi, delivering 360 horsepower and 390 lb-ft of torque, but the addition of the Tow N Go Package increases the top speed to 145 miles per hour while offering 8,700 pounds of towing capacity. The Mopar 22 also comes with a specially tuned SRT performance exhaust system, an electronic limited slip differential and SRT active damping suspension. 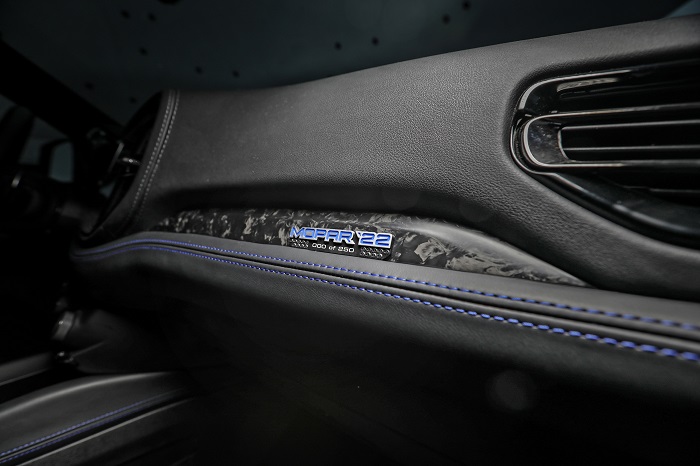 There will be just 200 examples of the Mopar 22 Durango built for the United States with another 50 heading to Canada. Every Mopar 22 buyer will get an owner’s kit with a personalized metal certificate of authenticity with the serialized build number and a special rendering of the vehicle from the Mopar Design Team. The MSRP for the Mopar 22 package in the United States is $3,995 and they are currently being built, so they will soon be available in select dealerships around the country.