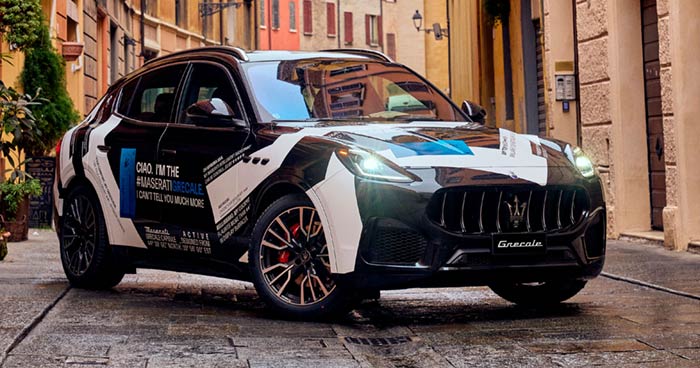 Back in 2020, we wrote that “Maserati is getting two cars, the MC20 sports car originally created for Alfa Romeo, and the Grecale crossover”—in 2021.

The Grecale is finally set to be unveiled on March 22, delayed by the chip shortage. It will be made in the Cassino plant which pumps out Stelvios and Giulias. (The MC20 was unveiled in September 2020.)

One Maserati Grecale is already running around with minimal camouflage and a decal saying, “I’m the Maserati Grecale. I can’t tell you much more.” Maserati issued a blanked-out press release which claimed more leg room than competing SUVs, “superior performance in terms of driveability and handling,” and the Maserati Intelligent Assistant. It is named after a wind, a trend which Maserati started in 1963 and which Volkswagen copied in the 1980s.

Powertrain options will include gasoline-only, hybrid, and “in the future” full-electric.