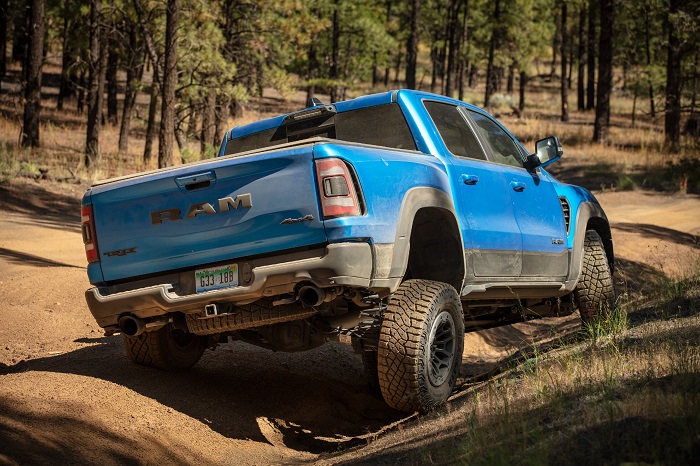 How did Q1 2022 help or hinder Ram in their race for sales and market share?

Ram actually beat Chevrolet with 127,116 sales, after falling 15% from the same quarter last year. However, like Ford, Ram isn’t anywhere near GM as a whole. By brand, Ram was #2 in the USA; by company, Stellantis was #3. If you were wondering, Toyota Tundra sales totaled just 22,643—and they were up by 18%.

What about smaller pickups? That’s the province of Jeep for the moment, with 17,912 Gladiators sold. The Gladiator is a relatively limited edition, and sales were down by just 5% from the prior year; its high cost really makes it unfair to compare it to the Ford Ranger, Toyota Tacoma, and Chevrolet Colorado, which we will do anyway.

The Jeep Gladiator shouldn’t be expected to keep beating the Ford Ranger, but doing so for just one quarter is something of a triumph.

What of the other Rams? The ProMaster is down by 14%, though both retail and commercial sales are up; presumably rental fleet sales have fallen. That’s a good position for profitability, and it’s likely Amazon’s choice of ProMasters as their big van of choice has influenced many smaller businesses to look away from Ford, which is still the leader.

ProMaster is doing quite well for the quarter, though how much of that is due to demand and how much is due to production is hard to judge. The last two ProMaster updates certainly make it a more attractive vehicle, inside and out—under the skin and in the skin, as well.

Finally, the poor little ProMaster City, an import only, squeaked by with a 47% drop to 1,709 sales.  That compares poorly to the Transit Connect’s 7,357 sales (down 4%), but GM and Nissan dropped their comparable small vans, leaving only the City, Connect, and Mercedes Metris. We have been unable to get numbers for the Metris at this time.