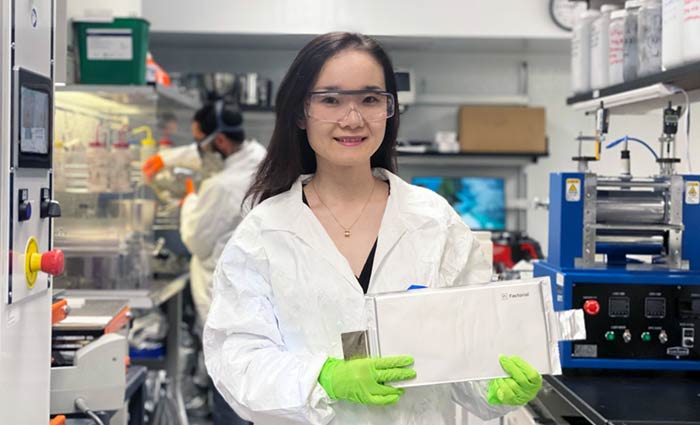 Lithium-ion batteries, despite their almost miraculous ability to store and deliver energy, have some issues when used in cars, most notably the difficulty of dealing with (rare) fires. Many believe the next generation of batteries will use solid electrolyte material, which increases safety and range.

Stellantis had already set up an agreement with “solid state” LiOn battery maker Factorial Energy, where they funded commercialization of Factorial’s design. That agreement took another step this week.

According to Detroit News, Stellantis’ battery supplier, Samsung, bought a plant in Massachusetts with the intent of starting pilot production of Factorial’s batteries. The investment, at $45 million, furthers Stellantis’ goal of using Factorial batteries in 2026. The technology may be needed to achieve STLA’s 500-mile range goal for the STLA Large and Frame platforms. Factorial was the first company to reach the 40 amp-hour benchmark with solid state technology, which allows range to be extended by up to 50% at similar cost, and, again, with less risk of fire.

Factorial co-founder and CEO Siyu Huang said when the first deal was signed, “It is a great honor to partner with Stellantis, a leading global mobility player, which has some of the most iconic auto brands in the world.”

Factorial also has agreements with Mercedes and Hyundai-Kia. Samsung has multiple battery customers.

The Factorial Electrolyte System Technology should be a drop-in replacement for existing lithium-ion technologies.

In other news, researchers have developed aluminum-based batteries which eject lithium entirely and can store more energy per pound at much lower cost, with faster recharge times (e.g. 18 minutes for a car); however, the technology requires maintaining a temperature of at least 90°C during use at this time. If the research pans out, working batteries may be years away, but could be a major leap in affordability and recharge times—especially if the 90°C requirement can be worked around. Even with the 90°C, the aluminum-based batteries could help with automotive affordability by filling the utility-scale battery niche, which would reduce demand for lithium-ion battery materials.