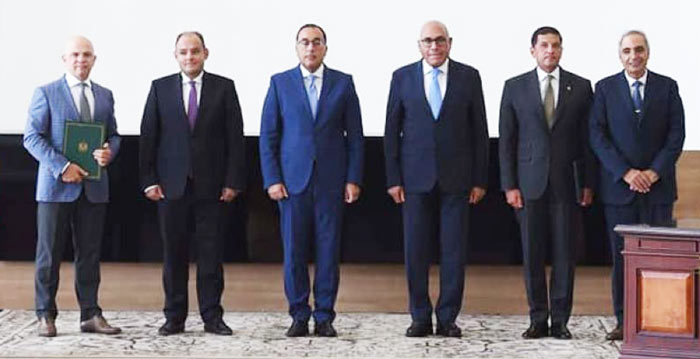 Samir Cherfan, leader of Stellantis’ Middle East and Africa regions, reported today that the company was in talks with Egyptian government leaders to expand Stellantis’ manufacturing in the country.

Cherfan reported on social media: “Today, I was honored to meet with his Excellency Egyptian Prime Minister, Dr Mostafa Madbouly, Engineer Ahmed Samir, Minister of Industry and Commerce and General Mokhtar Abdellatif, Chairman of “AOI” during a ceremony to sign a Memorandum Of Understanding between Stellantis and The General Authority for Investment & Free Zones (GAFI).”

The memorandum of understanding will kick off studies of increasing Stellantis’ “industrial footprint” in Egypt, continuing a 50-year tradition. Jeep has long assembled vehicles in Egypt, including one designed for governments and NGOs. Vehicles made in Egypt are sold in other countries, including neighboring Israel, where Stellantis as a whole has an 8.9% market share—up by 1.3 points over last year.