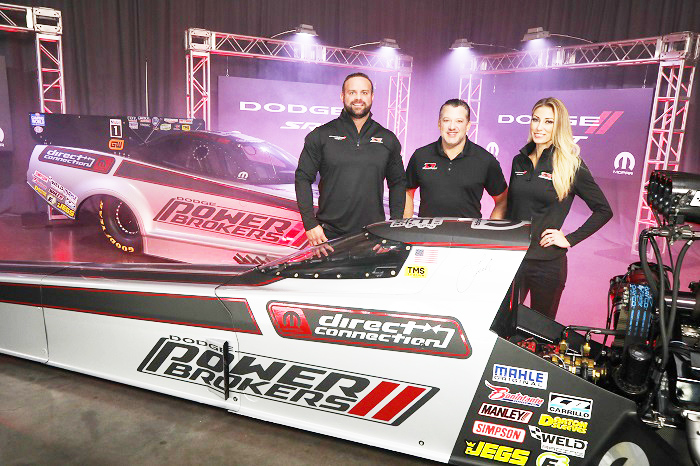 After the community of Mopar drag racing fans has collectively held its breath for a few weeks, the announcement that we were all hoping for came through from Stellantis this morning – Tony Stewart Racing has partnered with Mopar for his new drag racing team. This means that Leah Pruett and Matt Hagan will continue to fly the Team Mopar colors as they head into the 2022 NHRA season with their new team.

It was announced late last year that Leah Pruett and Matt Hagan were leaving Don Schumacher Racing to drive for the newly formed Tony Stewart Racing team. When that announcement was made, there was no mention of brand affiliation, leaving some question as to whether Pruett and Hagan would be driving for Dodge/Mopar in 2022. For those who don’t know, Stewart owns a NASCAR team that uses Ford products and he recently spent time testing the Ford Racing Cobra Jet, leading some Mopar racing fans to worry that Pruett and Hagan would be pilot Ford-backed race cars in 2022. 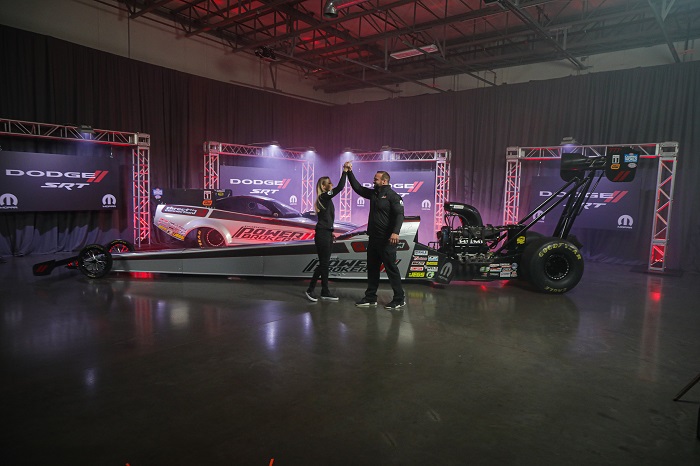 Fortunately, that isn’t that case, as both drivers will continue to race for Team Mopar as part of the new Tony Stewart Racing team. Needless to say, Mopar drag racing fans are both excited and relieved to hear that not only are Hagan and Pruett staying, but the introduction of Stewart’s passion for motorsports should only lead to great things for both drivers going forward.

“The Dodge brand has a long history of competing in and supporting motorsports.” says Tim Kuniskis, Dodge Brand Chief Executive Officer – Stellantis. “For nearly a decade, NHRA drag racing has been our primary motorsports focus, helping deliver products like the Dodge Demon, 1320 and Super Stock; cars that resonate with the Brotherhood of Muscle. These vehicles will hold a place in muscle-car history for years to come. The Dodge brand embodies the philosophy of the ‘last tenth,’ and we are not done pushing the performance envelope.  So, we are extremely excited to partner with Tony Stewart and his drag racing team to help take Dodge to the next level. Tony is a racing legend with an attitude, personality and competitive drive that aligns perfectly with our goals.”

Stewart has been successful at every level of motorsports in which he has competed as a driver and team owner, and we don’t expect that to change with his entry into the NHRA – especially considering the quality of drivers he has on his roster. 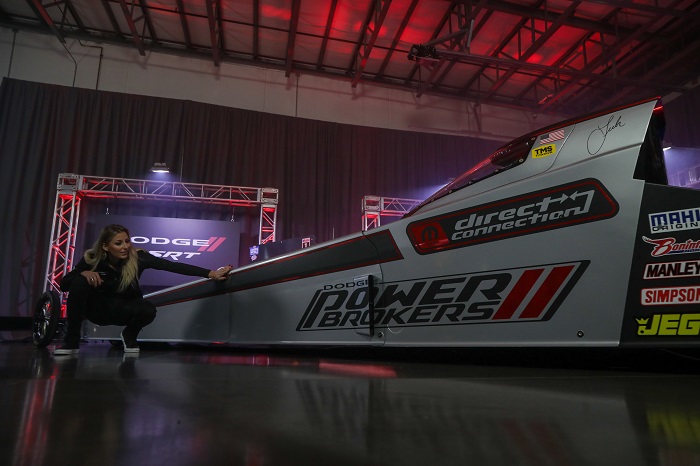 “I’m really pleased to have Dodge//SRT and Mopar as partners with our new NHRA venture as manufacturer and sponsor for our two entries in Top Fuel and Funny Car with Leah and Matt,” says Tony Stewart, TSR team owner. “It shows confidence in your program when an OEM wants to be on your team and for you to help support their program as well. They have obviously had a great relationship with both drivers for the last few years and to be able to continue that association is key to this team’s success and a huge benefit to the continuity for everyone involved. Having that kind of history definitely helps flatten the learning curve while raising expectations for our inaugural NHRA season. It’ll be nice to work with Dodge and Mopar again after sharing success together in USAC and the World of Outlaws nearly two decades ago. We are certainly setting the bar high and look forward to being competitive from the start.”

Pruett’s Top Fuel dragster and Hagan’s Dodge Charger SRT Hellcat Funny Car will be begin the season with a livery that highlights the Dodge Power Brokers and Direct Connection program. The press release states that these will be the sponsors throughout the season, but based on past years, we wouldn’t be surprised if the cars got new looks throughout the season. 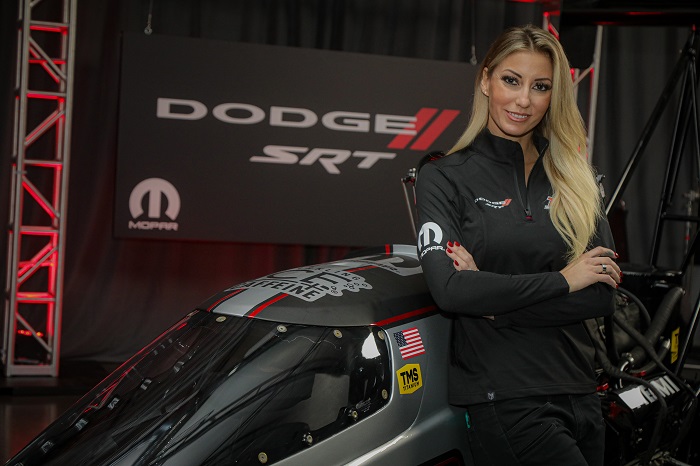 “It was very important to me to continue the close relationship I’ve had with Dodge//SRT and Mopar in this new journey with Tony Stewart Racing,” says Pruett. “I’m appreciative of the support that Dodge and Mopar, and all their fans, have shown me these past few years and I’m proud to fly their colors as we move forward together and work to bring home wins and a championship in 2022. Having Direct Connection branding on my dragster this season is really exciting because it has such a rich history of success at the drag strip with racers like Don Garlits, and it’s amazing to help continue to build on that legacy and introduce it to a new generation of Dodge enthusiasts.” 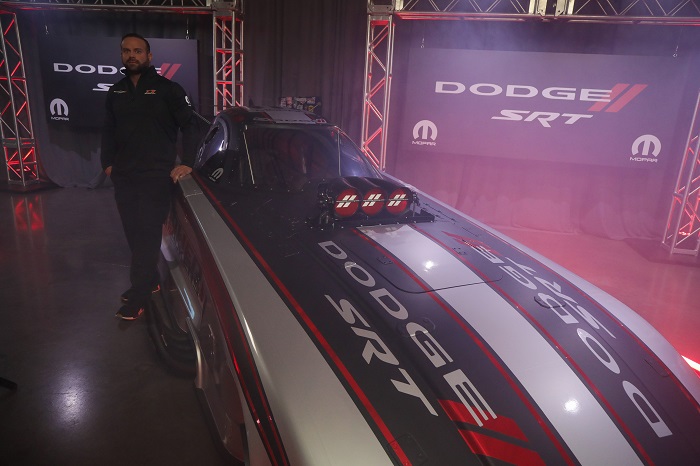 “I’m so grateful to have represented and shared so many successes with Dodge//SRT and Mopar for most of my career and to say I’m excited to continue our relationship in this next chapter with Tony Stewart Racing is an understatement,” said Matt Hagan. “I’m looking forward to the challenge ahead and introducing our passionate fans to a new-look livery featuring Dodge Power Brokers and Direct Connection. My family has been a Dodge dealer since 1979 and we’re really proud of that. We’re also ready to celebrate Mopar’s 85th anniversary this year as we battle for a championship with a few wins along the way.”

The 2022 NHRA season begins on the weekend of February 17-20 with the Lucas Oil NHRA Winternationals at Auto Club Raceway at Pomona, California. We aren’t sure right now what the rest of the Mopar drag racing program will look like when the season begins, but for the time begin, we know that Pruett and Hagan will still be competing for Ma Mopar and that is fantastic news.