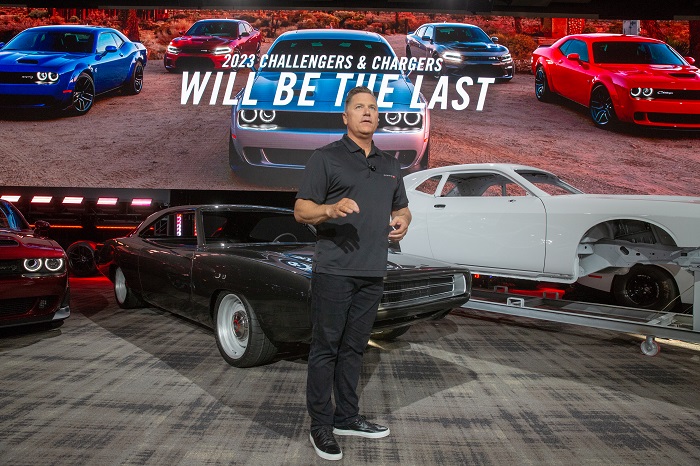 When Dodge introduced the first details for the 2023 model year of the Challenger and Charger at Speed Week, Tim Kuniskis showed us the Challenger convertible, body-in-white and Drag Pak Rolling Chassis, along with the promise of seven additions to the lineup over the next few months. Now that the six buzz models have been introduced – leaving only the big SEMA Show debut – we wanted to take a look at the 2023 Challenger and Charger lineups.

The Dodge Charger didn’t get much attention during Speed Week, but three of the six Last Call models are based on the bestselling big sedan in the North American market. We also learned that the 2023 Charger will be offered in three returning colors, including B5 Blue, Plum Crazy and Destroyer Grey. You can read about the full color palate for the 2023 model year by clicking here. 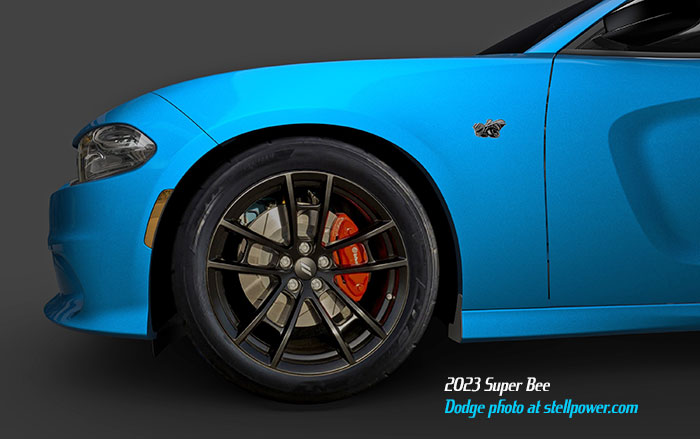 The first Last Call buzz model announced for the 2023 Charger was the Super Bee, which is essentially a Challenger 1320 in sedan form. It is based on the R/T Scat Pack and comes with drag strip-tuned suspension, drag radials and an array of unique appearance upgrades inside and out. Click here for a closer look at the details of the 2023 Dodge Charger Super Bee. 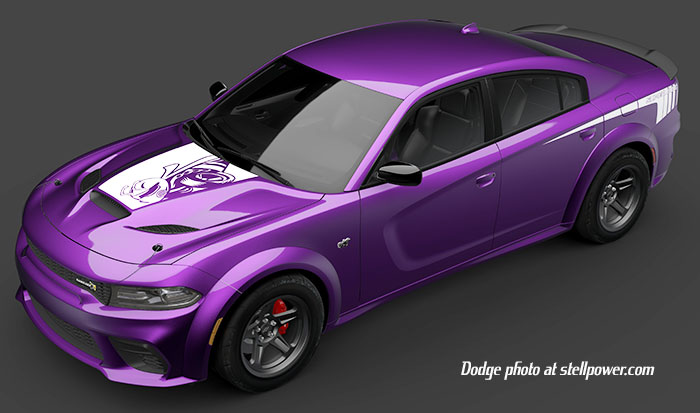 The second Charger Last Call model announced was the Swinger, which is also based on the R/T Scat Pack, but it is more of an appearance pacakge, with unique badges on the outside and green trim throughout the cabin that matches the green stripe out back. Click here for all of the details on the 2023 Swinger models. 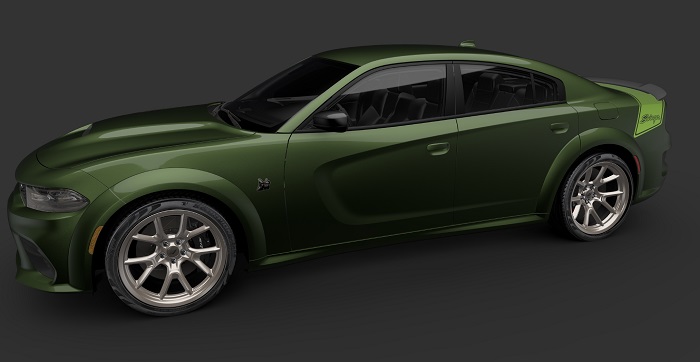 Finally, the last – and most powerful – Last Call Charger is the King Daytona model. Designed to pay tribute to LA street racer Big Willie Robinson, this Go Mango sedan is based on the SRT Hellcat Redeye, but it comes with 10 extra horsepower for a total output of 807 horsepower. It also comes with unique appearance features inside and out, all of which can be viewed by clicking here.

As mentioned above, there was some big Speed Week news for the Challenger, including the first modern convertible that you can order from your local dealership, the Drag Pak Rolling Chassis and the Body-in-Whte. The 2023 Challenger also benefits from the same color palate as the Charger as well. 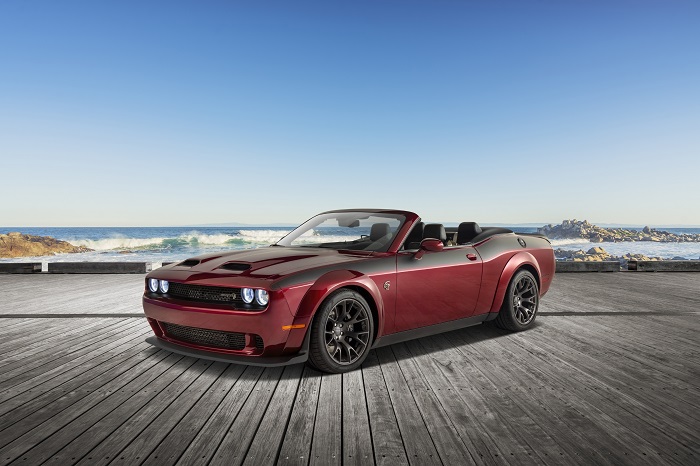 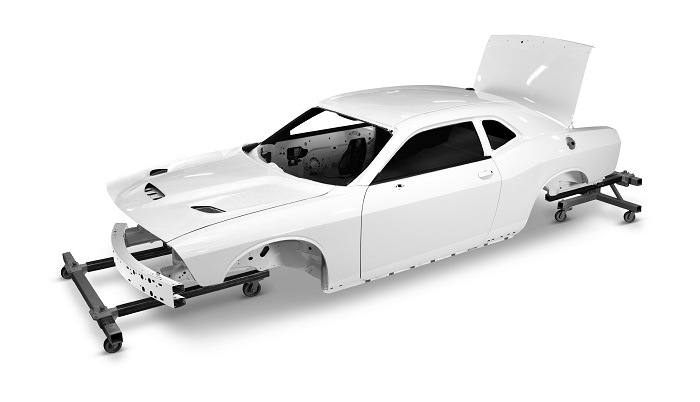 The second Last Call model for the Challenger was the Swinger, which shares the classic gold-and-green design of the Charger. Click here for more details on the new Swinger packages. 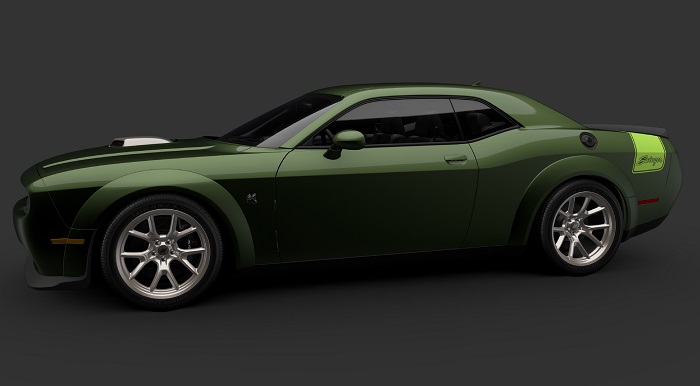 The final “buzz model” and the sixth of the seven Dodge Last Call models to be introduced for 2023 is the Challenger Black Ghost. This car packs 807 horsepower, lots of bright silver trim and a gator skin-style vinyl roof treatment to make it look like the 1970 Challenger R/T SE that dominated the Detroit street racing scene in the 1970s. Click here for a closer look at the 2023 Challenger Black Ghost. 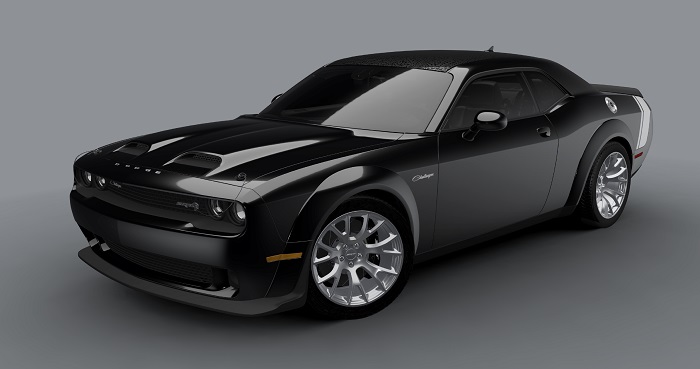 There is one more Last Call model planned to debut at the upcoming SEMA Show in Las Vegas. We expect that this car will be based on the Dodge Challenger and it will be far more than a buzz model with a bunch of appearance upgrades. We believe that this car will be like a Redeye on steroids, with a 3.0-liter supercharger that lifts stock output up over 900 horsepower. 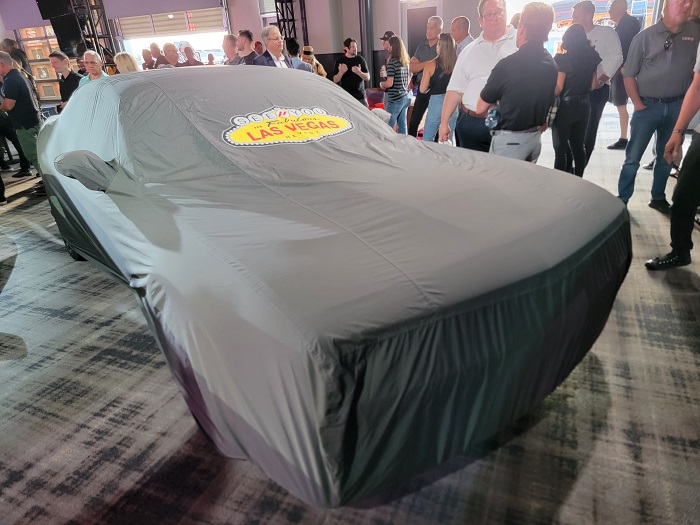 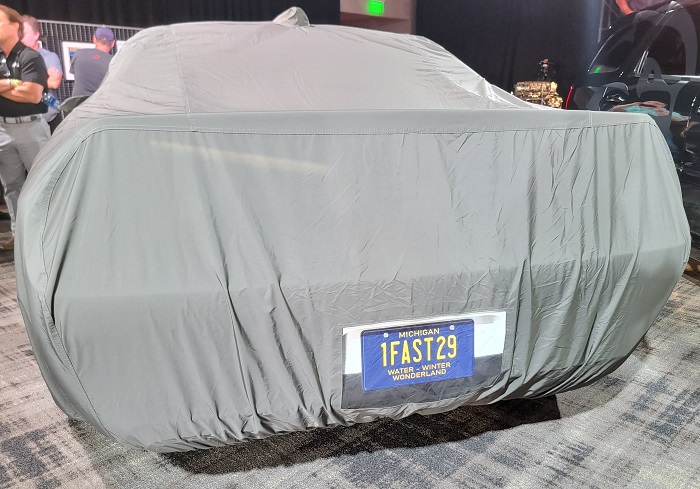