Chrysler’s revival is due in mid-to-late 2024 with a series of electric and possibly “electrified” (hybrid-electric) vehicles. That makes the marque’s recent Facebook post all the more puzzling:

The range of explanations includes a special-edition Chrysler 300C, powered by the 392 engine—an engine whose displacement intentionally replicates that of the biggest and most powerful of the first-generation Hemi V8s. The company still makes 392-powered Chrysler 300s, but only for export. Making a last run for North America would be expensive because of crash, emissions, and economy tests, but it would not be a real engineering problem—especially since there is already a 392-powered Dodge Charger. 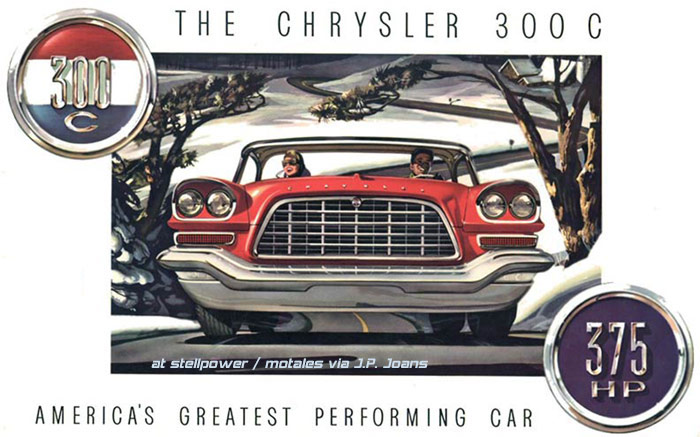 The other likely explanations could be reveals of other battery-electric cars. Indeed, it’s possible that the company will show off prototypes or concepts of its 2024-calendar-year cars in 2023, just as it showed the Airflow concept already in 2022.

Update: Chrysler has announced a reveal of a “special edition Chrysler vehicle” on September 13, at 6 pm at the Spirit of Detroit plaza (press pass required). The presentation will be made by Chris Feuell, Chrysler’s chief executive. This makes a revival of the 300C most likely; and the most faithful rendition of a 1957 300C, if not the 21st-century comeback, would have a 392 Hemi.