Back in the 1970s, full-sized cars practically disappeared as fuel efficiency became more important and manufacturers started packaging their vehicles better—so that the outside of a car could shrink by a foot or two, while adding interior space. In the 1990s, Chrysler brought the segment back to life with the exciting LH cars, which added good handling, comfort, and efficiency to cars with enormous interiors. 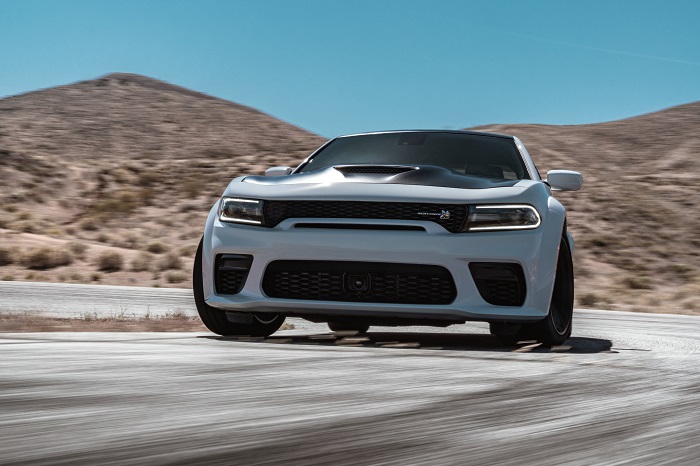 More recently, crossovers have been stealing away at both minivan and big-car sales. The 300’s been hit hard, as has the now-discontinued Toyota Avalon and many other cars. So what’s left?

First, let’s look at the top selling sedans overall. There’s only one surprise there:

In contrast, incidentally, Toyota sold nearly 400,000 RAV4s. That was enough to clobber all of Dodge and Chrysler combined, with Fiat and Alfa thrown in—but not quite as high sales as the Ram pickup/chassis-cab line, with 468,344 sales. Of course the RAV4 is sold in two basic formats while “Ram pickup” includes light duty, heavy duty, and medium duty pickups and chassis cabs, essentially three different models.

Back to sedans, though. FCA US sells three sedans: the Giulia, 300, and Charger. The Gliua’s 5,092 sales can be dismissed easily enough. The 300 was down to 14,087 sales, with fewer models and options to choose from; that was barely enough to beat the Avalon, but it did beat the Avalon. Finally, there’s the Charger, with a respectable 80,074 sales. (We already covered the muscle-car race, incidentally, including the Challenger’s win.)

The Charger does count as a large car, and competes against other large cars—basing this list on EPA classes:

Some of these are true niche players, and some are in rather different classes. Eliminating some of these, we get:

While the Charger does not dominate large cars, it does come in at a respectable #2—behind the  Honda Accord, but well ahead of all other competitors. The K5 plus the Sonata, admittedly, are well ahead of the Charger plus the 300.

In fairness to the Charger, too, not many people would seriously include all the above cars as competitors—certainly not the Hyundai Sonata and Kia K5, and probably not the Honda Accord, either. Both are smaller, for one—not true “large cars.” The Tesla 3 probably comes close, but it’s not even on the EPA list. The Charger does command respect in the large car world, still—though it’s not one of the top five sedans.

2023 will be the final year for the current Charger, Challenger, and 300. The next generations are to be on STLA Large, reputedly in both battery-electric and gasoline-hybrid forms.

Your blaming the 300 for it’s own demise? I will say this to the end the new 2018/plus? 300 was killed in house by Sergio back in 2017 Allpar clearly reported the new upgrade to the 2015/2016/2017 and 2018? models was killed do to money saving. This upgrade was called the most beautiful 300 ever by the dealers that seen it at the FCA/dealer meetings. my point is the 300 did not kill itself it was left to die with no upgrades! the car was selling almost 50k plus till about 2018 you cant have the same body style since 2011 with a mild front face upgrade, and rear lights, for 2015 and say well its a dying car, and sedans are dying, this sedan had an opportunity to be king! had FCA actually gave it any resources but all they did is kill the luxury (300C) version, took away car colors, and most interior colors, and options! then blamed it on sedan sales going down? they did not even look at what they could of took over! with Buicks large car cancelled! only one Large Caddy! no Fords! no chevys! no Lincolns! all cancelled! just think what a freshened 300 could of done! Chrysler what’s left of it has lost a customer in me and many other 300 owners that wanted an upscale sedan at about 50k plus. those low sales numbers are because the car was neglected since 2015 that’s 7 years now 8! of nothing new! then they bring back the 300C 6.4/392 and wham it sells out! but mostly to collectors, or profiteers hoping to resell it for higher cost? will we see a Chrysler BEV sedan? not holding my breath! and yes I seen the so called pics of a BEV sedan, as far as that ugly cookie cutter Chrysler Airflow? that concept does nothing for my soul! if I go BEV sedan or go what’s left of Ice powered upscale sedans when our 2017 300c gets too old guess I wont be in a Mopar? as Chrysler will have nothing! and the Charger? which I love! but I’m 60 and elegance in a sedans looks rules my decision making! the Charger says drag race me standing still! with it’s looks! We go to Church, and go out to elegant dinners, etc. and we want to do it in and elegant sedan! sad because in a short time now it wont be a new designed Chrysler sedan! and no time soon in the future, again the 300 died at the hands of it’s creator not lack of customers! they killed the customers with no upgrades! your post seems to blame the car itself!

I leased a 300, it was outstanding and equal to many luxury imports, loved it, bought it off lease and sold it for a nice sum. I agree with everything you said, they made an awful decision on the 300, are too narcissistic to admit it and I agree the sedan market is far from dead and the 300 and Charger could dominate this segment.
There is time to reverse that decision since the Charger can and should be spun off as a 300. The following is there, the segment is there and as a stylish near luxury sedan, the formula for success is still there. New leadership, new thinking, build a 300 since I believe the cookie cutter, bland Airflow will not sustain Chrysler. Save Chrysler by eating crow.

There has been much speculation about the next generation Charger. It will be all electric only. It will be a two door fastback. All Chargers will feature the Banshee front hood spoiler. Nope. Sorry speculators, but maybe not completely. Stay with me on this. With sales numbers like these and it’s reputation as a value and sporty sedan, no way the next Charger will be anything but a gas powered, rear wheel drive, four door sporty sedan. Look for the base Charger to be Turbo 4 powered and all others Hurricane powered and topped off with a hybrid Hurricane with an electric motor and all wheel drive. Demon anyone?
Will there be a Banshee? Yes in deed as a stand alone model minus the rear doors with an all electric, all wheel drive, hatchback design and yes, that awesome front hood spoiler.
This makes for a Charger lineup that keeps the value and practicality alive and goes beyond anything before to top it off. This may be off too, but the four door sedan is not dead at Dodge. Dodge will shock everyone with these Chargers I’m betting.

I would agree with pretty much all of your predictions, but I believe the EV Charger will also me a four door.
I figure the Challenger will continue as the only large two door from Dodge. I to may be way off, but as you I think people will be blown away by these new cars, they have to be because Dodge has to go big to make up for the loss of the Hemi engines.

IT makes sense. Dodge buyers would generally reject an all electric line up and the Hurricane engine was not developed for short term use. Keeping my growling, exciting Hemi Challenger long term, but I am open to a Hurricane, even a hybrid version. Many true Dodge fans might be open minded too, but some might never. Let’s not forget the pro electric buyers who my be attracted to this level of performance electrification not in the fold as yet. As you said, these new muscle car Dodges better be really special and out perform and be really top shelf inside to keep Dodge on top. Hope we have called it right here. Cautiously optimistic.

Use the Disqus box to weigh in with your thoughts! (It may take a moment to appear)
wpDiscuz
7
0
Would love your thoughts, please comment.x
()
x
| Reply