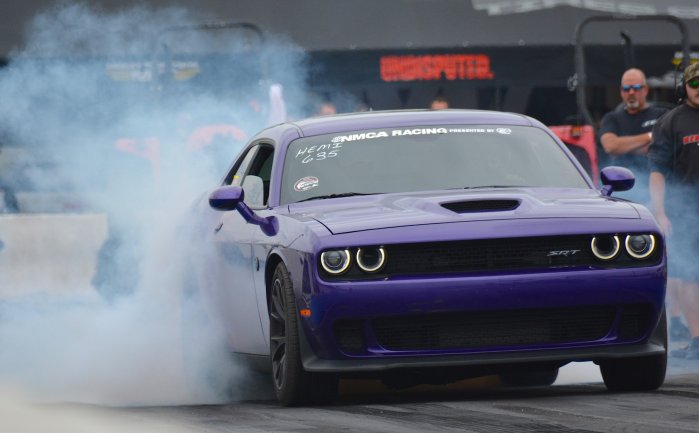 For the fourth-straight year, Mopar and Dodge are teaming up to present the Hemi Shootout at all six of the 2021 National Muscle Car Association (NMCA) events. The first NMCA event is the 19th annual Muscle Car Mayhem at Bradenton Motorsports Park in Florida, March 18th through the 21st.The class is open to all 2005-and-later model year Jeep, Chrysler and Dodge models which feature some form of the Gen III Hemi, be it a 5.7, 6.1, 6.4 or the 6.2-liter Hellcat. 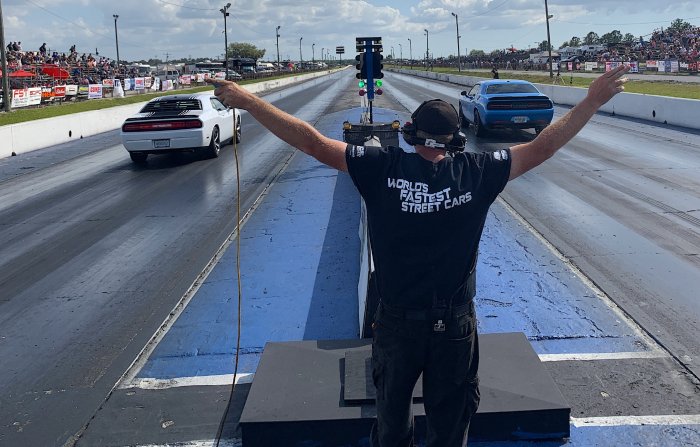 Best of all, the first 75 vehicles to register for the Hemi Shootout will get to race for free, courtesy of Mopar and Dodge. If you aren’t one of the first 75 to sign up for a given event, the 4-day racing pass will cost you $175. There are on-track test sessions on Thursday and Friday, while the actual Hemi Shootout is held on Saturday. There will also be a dedicated tent for Hemi Shootout competitors to register, receive their gift bag and hang out with other Mopar enthusiasts.

While the vehicles in the Mopar Dodge/SRT Hemi Shootout go down the track side-by-side, they aren’t actually head-to-head races. The class works based purely on elapsed times and each driver’s average of three runs. Reaction times do not matter and it doesn’t matter which of the two vehicles gets to the finish line first. The drivers whose elapsed time average of three runs is closest to 9, 10, 11, 12, 13, 14 and 15 seconds will win $100 and an unspecified award. There is also an overall winner and runner-up in the Hemi Shootout, which we imagine awards the two quickest cars in the field. The overall winner gets $250 and an NMCA class winner trophy while the overall runner-up gets $100. 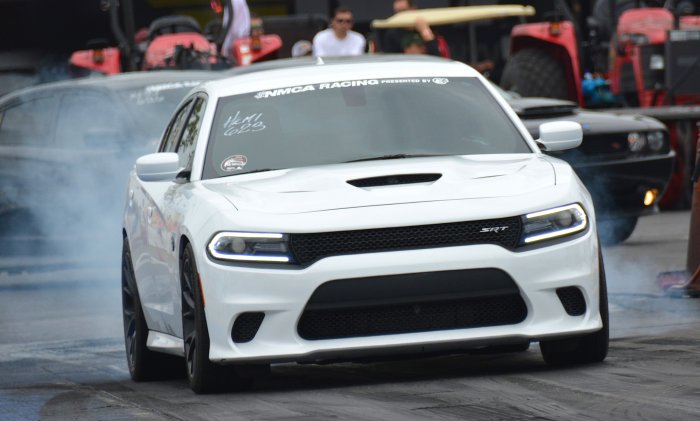 The field is open to 2005-and-newer Dodge Challengers, Chargers and Magnums, Chrysler 300s and Jeep Grand Cherokees, all of which are required to have one of the Hemi V8 engines. Oddly, the V10-powered Dodge Viper is also included, but the Hemi-powered Ram pickups are not. Vehicles must be licensed, insured and street-driven and all vehicles must be on “street type tires”, so either street tires or DOT-approved drag radials. 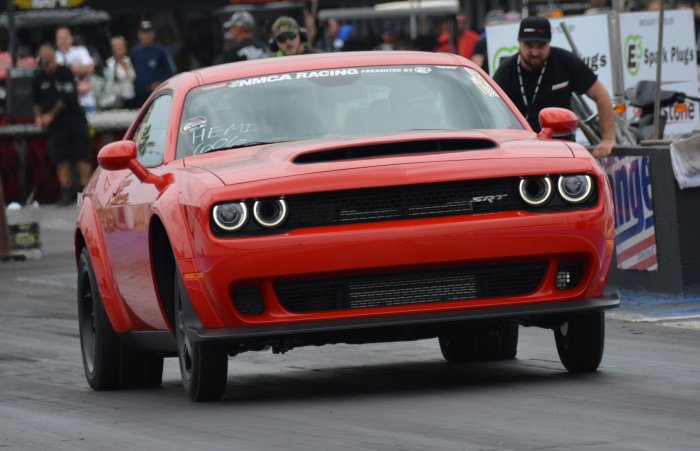 The idea of the class is to give Hemi-powered Mopar owners who haven’t gone racing a chance to push their vehicle to the limit. However, we have spoken to quite a few people who have participated in the Hemi Shootout in past years and it is not all first-time racers. That being said, it is still a great program for free, whether you have raced before or not. Since you are racing against the clock, you only have to worry about being consistent – not about beating someone who has loads more racing experience.

If you have never gone drag racing before, the NMCA officials will be on-hand to provide personalized instruction on how to safety use all of your Hemi horsepower. The Mopar and Dodge//SRT tent will also have tablets available with DIY videos that explain how to do a burnout, stage the car at the starting line and how to use specific vehicle features of some of the Dodge and Jeep vehicles which have track-ready options.

If you have a Hemi-powered Dodge, Chrysler or Jeep vehicle and you want to go drag racing for free, check out the NMCA schedule for 2021 and sign up for the Mopar Dodge//SRT Hemi Shootout. Click here for more information.