Many Jeep vehicles have changed their shape a great deal during their existence, but the Wrangler has always a boxy, go-anywhere SUV. When Jeep picked the Wrangler to be the brand’s first vehicle sold in the U.S. with the new 4xe electrified drivetrain, there were two key questions from critics. Can the Wrangler really serve as a functional hybrid or EV and will electrification water down the legendary Wrangler? 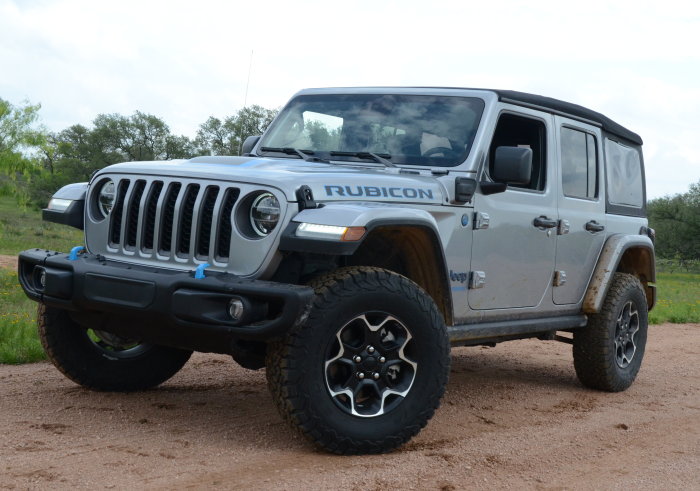 To answer those questions quickly, the Wrangler makes for a very unique all-electric vehicle while also offering the performance advantages of electrification, including instant torque application on the road and on the trails. 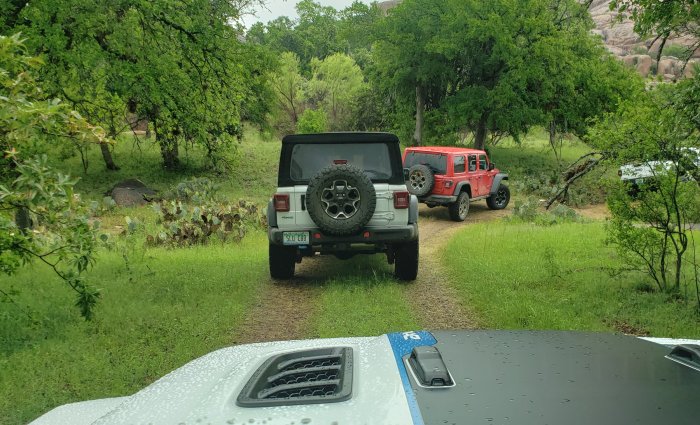 I traveled to Austin, Texas with the folks from Jeep to drive the new Wrangler Rubicon 4xe and I was very excited to experience this vehicle. Jeep made big promises with the Wrangler 4xe and I was curious to see how this vehicle performed as a daily driver and an off-roader. If done incorrectly, it could be insufficient in both categories, but the Jeep engineers hit a home run, creating a Wrangler that couples all-electric driving with uncompromised Jeep off-road abilities. 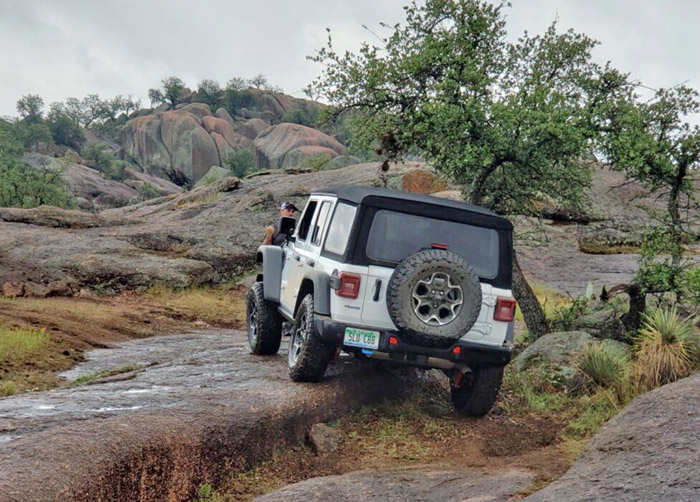 My drive time in the Jeep Wrangler Rubicon 4xe began in downtown Austin with a fully charged battery, allowing me to use the Electric drive mode. As you might guess, that mode provides almost entirely electric driving. Technically, if you really hammer the throttle hard, the gasoline engine will kick in to provide the needed power, but in 20 miles of driving in fairly dense traffic, the gasoline engine only turned on one time. That was on a long, steep uphill climb around 18 miles into the drive route, but the engine went off once I crested the top of that hill and it stayed off until the 20.9-mile mark. While I wasn’t driving the Wrangler 4xe very hard, I also wasn’t driving gently to try to get especially good mileage, yet I fell just short of the expected range of 21 miles. 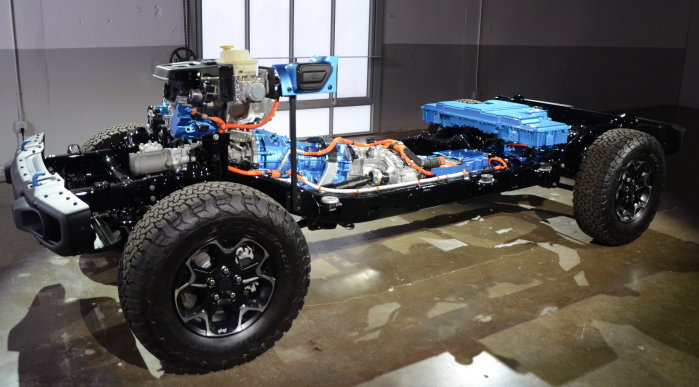 In all-electric mode, the Wrangler Rubicon 4xe offers strong acceleration with the instant torque delivery that is a popular trademark of electric drive systems. The amount of acceleration is clearly linked to the speed of the vehicle, since there is no need for the engine to rev up to a certain speed and level out, leading to a nice, linear acceleration process.

During all of my seat time in the Wrangler 4xe, I used the Max Regen Braking system, which takes some getting used to for those drivers who haven’t used such a system before. In the EV world, some companies call systems like this one-pedal driving, because as you lift away from the accelerator, the brakes begin to apply right away. This automatic braking force helps to maximize the efforts of the regenerative braking system without any driver input and once you get a feel for the system, it is very handy in dense city traffic. When traffic slows, you simply let off of the throttle and the vehicle applies enough brake force to quickly slow the vehicle, but coming to a full stop requires you to use the brake pedal. 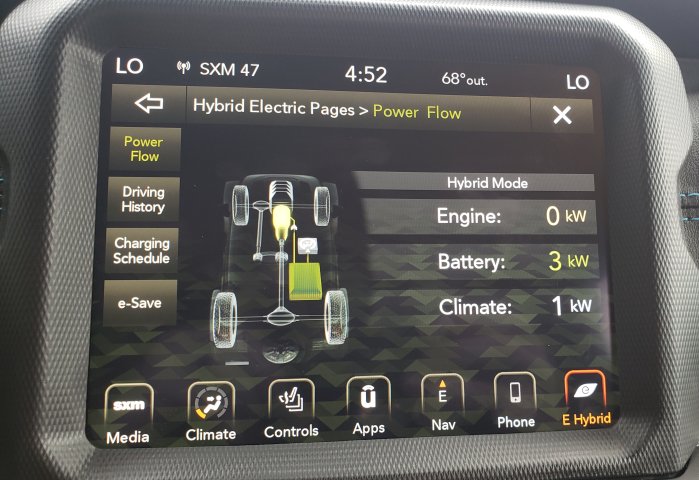 Other than the instant power delivery, the lack of engine noise and the regenerative braking system, the Wrangler 4xe drives very much like the non-4xe models. The combination of the unique tires and suspension setup of the Rubicon trim level leads to an expected high, stiff ride, but it isn’t intolerable for a daily driver. Frankly, if you don’t like how the Wrangler Rubicon drives, whether or not you pick the 4xe package won’t make any difference, but that is a good thing, as the Wrangler Rubicon is the most capable SUV in the world. Credentials like that come with expectations of an off-road-ready ride quality and this electrified Jeep delivers that perfectly. 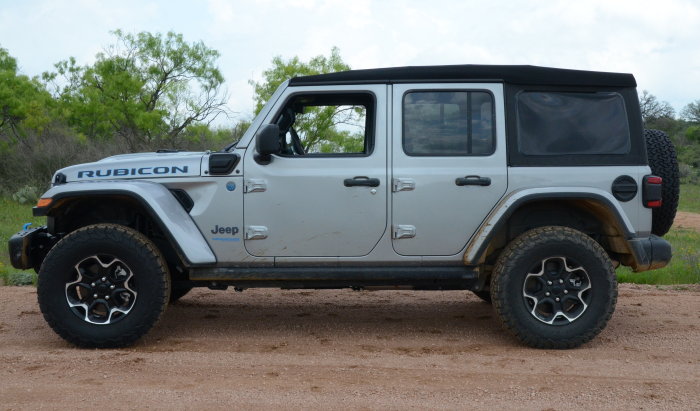 Meanwhile, it really is an interesting experience to drive a Wrangler on all-electric power. It feels like a typical Wrangler in every way, except it is quicker than most of them and it is completely silent. I have tested many Wranglers over the years and the modern JL Rubicon is one of my favorites, as the most capable. Adding the 4xe package doesn’t require any compromise from the characteristics of the non-4xe models. 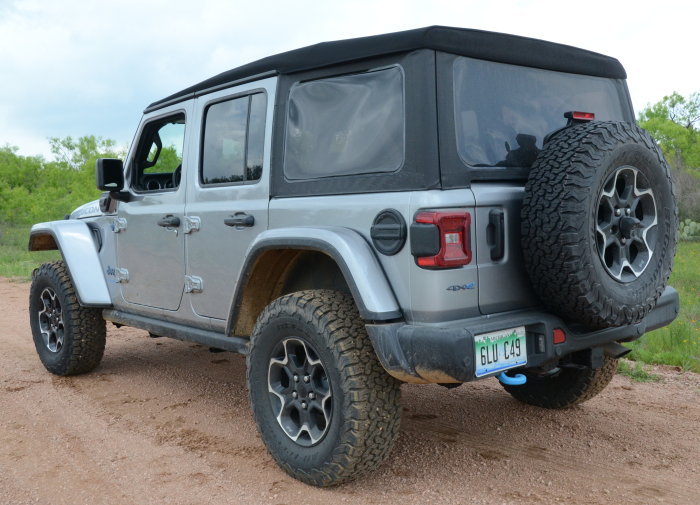 After spending a couple hours driving out of and away from Austin, Texas, we arrived at our off-road testing facility, where we were greeted by the cool Jeep-branded solar-powered charging station. While I ate lunch, the Wrangler had time to charge a bit after my road drive, allowing me to tackle the off-road portion of the program in all-electric mode. This was really the most interesting application of the electric drive system for several reasons.

First, the instant torque delivery of the electric drive system affords the Wrangler Rubicon 4xe sharper throttle response when climbing a steep hill. There is no need to wait for the engine to rev up to make the power needed to climb, as the electric drive supplies instant torque with a very flat curve, so you don’t need to feather the throttle when climbing a steep, slick slope. In fact, early on during the off-roading, I had to get a feel for the responsiveness of the throttle compared to a non-electrified model, being careful not to overpower the situation with the lack of the lag from a gasoline engine. 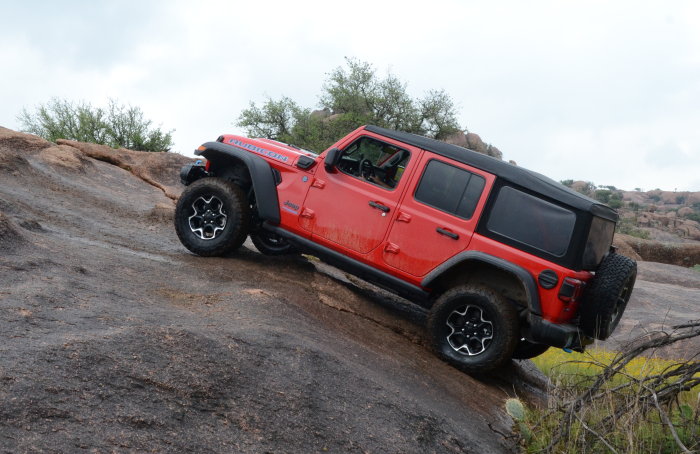 Other than the instant torque delivery, the most significant difference with the Wrangler 4xe was the lack of engine noise. Typically, when you are climbing up a muddy trail or a steep rock formation in 4-low, you are listening to the high RPM roar of the engine and that prevents you from hearing much else. On the other hand, the Wrangler 4xe conquered every off-road obstacle without making any engine sounds. This allowed me to hear every sound made by the Jeep pushing through the deep water, along the muddy path and over the slippery rocks, which really is a cool aspect of the package. You don’t realize how many different sounds the tires make when off-roading until those are the only sounds.

In the end, the Jeep Wrangler Rubicon 4xe is every bit as capable as the non-4xe models while offering the sharper torque delivery. Really, the 4xe package doesn’t cause any major changes from the Wrangler, so if you love the Wrangler and you are looking for a low-mileage, all-electric daily driver that will conquer most off-road situations, this is the vehicle for you. 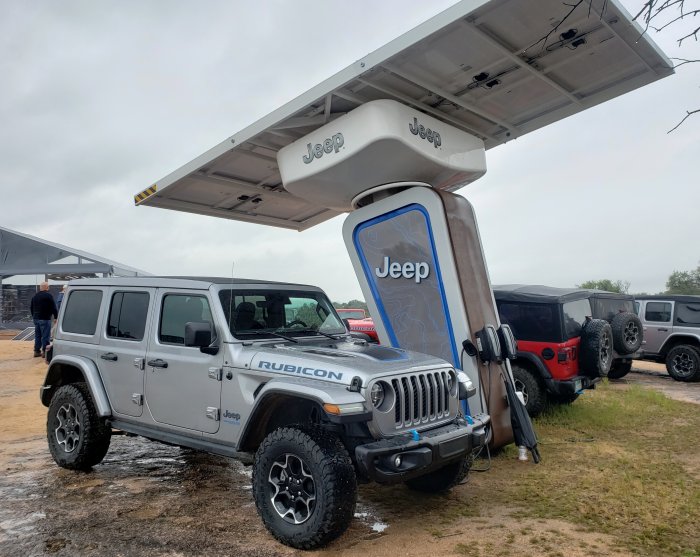 If you drive less than 20 miles a day for your commute to work, you will be able to go to and from work every day without using any gasoline and without charging. If your workplace has a level 2 charging system, you can have a fully charged battery when you leave work at the end of the day, effectively leading to a round-trip range of more than 40 miles. The average American commute is 16 miles each way, so the vast majority of Americans who drive to work every day can stay within the range of the Wrangler 4xe if there is any charging infrastructure on hand. 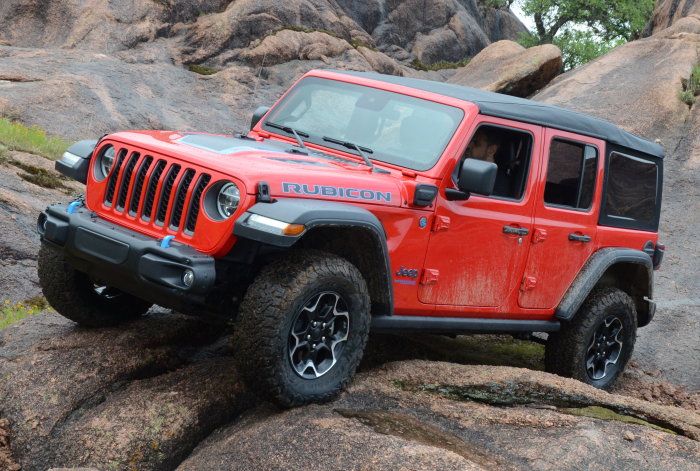 Now, you might be thinking “this all sounds great, but how much does this cost?” The 4xe package for the Wrangler Unlimited Rubicon adds $6,000 to the bottom line, but keep in mind that this vehicle applies for the $7,500 federal tax credit. There are also state tax credits in many places, but just with the federal tax credit, you can effectively pay less for the Wrangler 4xe than you would pay for the same vehicle without the electrified drivetrain. 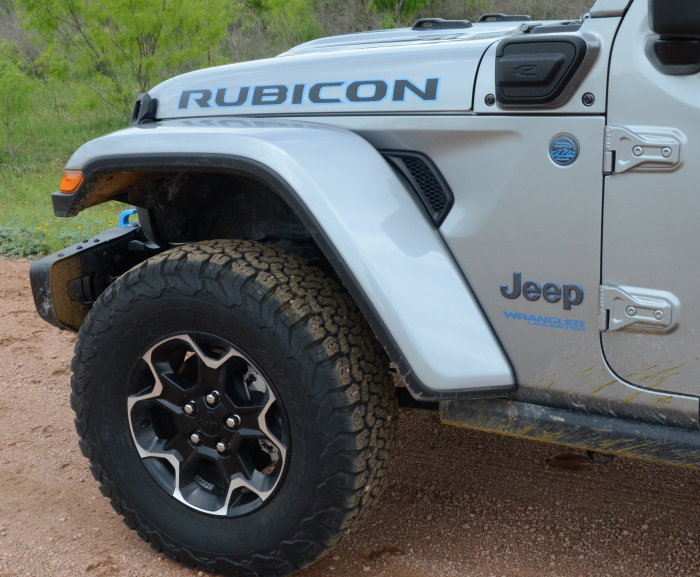 In short, if you are buying a new Wrangler Unlimited Rubicon, the 4xe package is a great option for anyone who doesn’t have an incredibly long daily commute. When you take into account the final price after tax credits, there is truly no downside to this package compared to the other non-V8 Wrangler models. 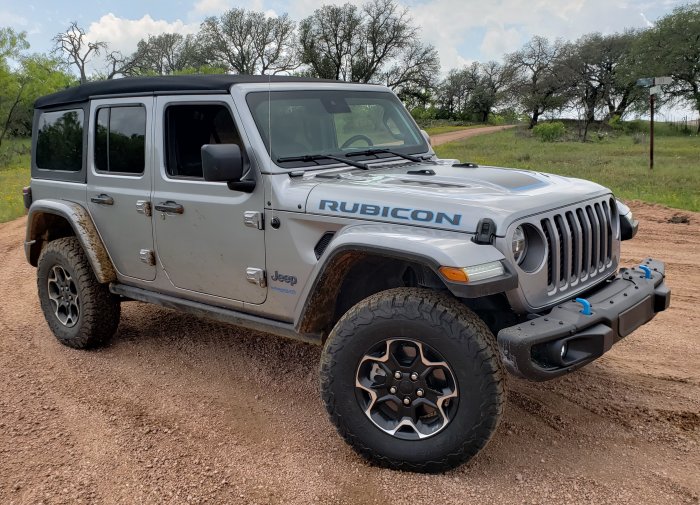