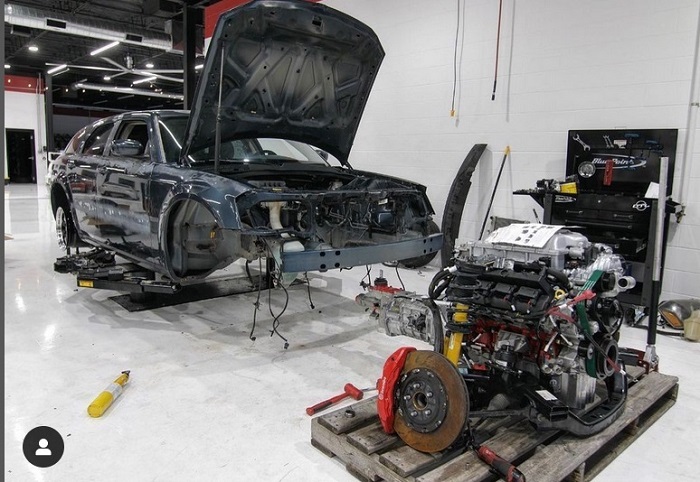 For the second year in a row, the Roadkill Nights by Dodge event in Metro Detroit will include a celebrity grudge match program, but this year, there is a major rule change that will have a big impact on the outcome. All of the racers are required to use a 6-speed manual transmission behind the 797+ horsepower Hellcat Redeye crate engine, which will put their driving ability to the test far more than the automatic transmissions that all of the competitors used last year. 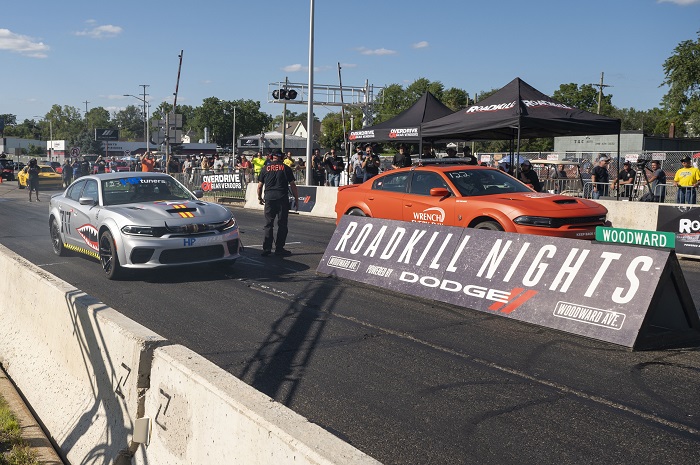 Today, we look at the significance of that rule change, along with an early look at the 2022 grudge match race cars.

When the 2022 Roadkill Nights by Dodge Direct Connection Grudge Match program was announced earlier this month, it focused mainly on the competitors and the supercharged Hellcrate Redeye Hemi. However, at the end of a quote by Tim Kuniskis, the biggest rule changed was briefly mentioned.

“The Grudge Match was a hit last year, so we’re bringing it back to Roadkill Nights. But this time, we’re giving competitors Direct Connection parts to use as building blocks in assembling their race cars,” said Tim Kuniskis, Dodge brand chief executive officer – Stellantis. “It’ll be fun to see if Alex can defend her crown against a mix of returning racers and new blood. Last year, everyone learned that getting traction is the key to street racing on Woodward Avenue. So this year, we’re upping the ante. All competitors will be running a Direct Connection crate engine that they can modify however they want, but they will all have the added challenge of competing with a Direct Connection six-speed manual transmission.”

I have had the pleasure of logging plenty of miles on a Hellcat Challenger with the manual transmission on the street and on both straight tracks and tracks with turns. I have also gotten to watch many other members of the media attempt to launch Hellcat Challengers with the M6. The 6-speed manual Hellcat is a whole lot more difficult to launch than the 8-speed automatic, and although the ability to feather the throttle can make it a bit easier to moderator the amount of power going to the wheels, having more than 700 horsepower makes it very easy to roast the tires with a touch too much power too soon.

The rules of the Dodge Direct Connection Grudge Match allow the competitors to modify the supercharged 6.2-liter Hemi, so they will all be making way more than the standard 797-horsepower output. The Direct Connection Stage 2 kit for the Redeye cars yield 885 horsepower, so it seems that the drivers could all be packing upwards of 900 horsepower – and they will be trying to launch with a manual transmission on Woodward Avenue. Seeing as how most of these YouTubers spend their time driving cars with built automatic transmissions, it should be very interesting to see them trying to get traction on a hard street launch.

Here is a list of the competitors for the 2022 Roadkill Nights Dodge Direct Connection Grudge Match. They all have varying claims to fame, but in the long run, they are all popular YouTubers. The new racers for 2022 are led by Herman Young – better known in the modern Mopar community as Demonology. We have done some digging through the social media accounts of the competitors and made a list of the vehicles being Hellcrate Redeye-swapped for Roadkill. Some of them have not shown off their race cars yet, but based on comments and hints, we believe that this is an accurate list with images, when possible. 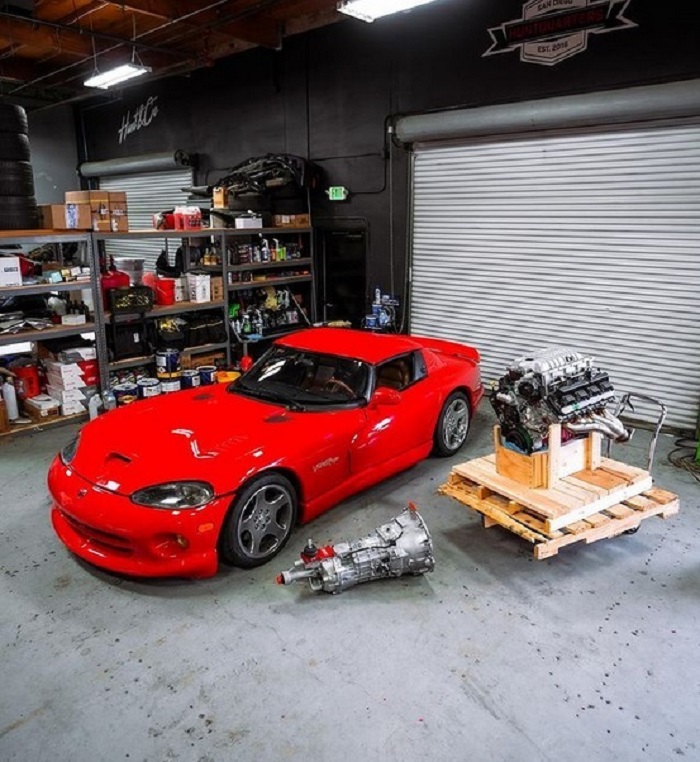 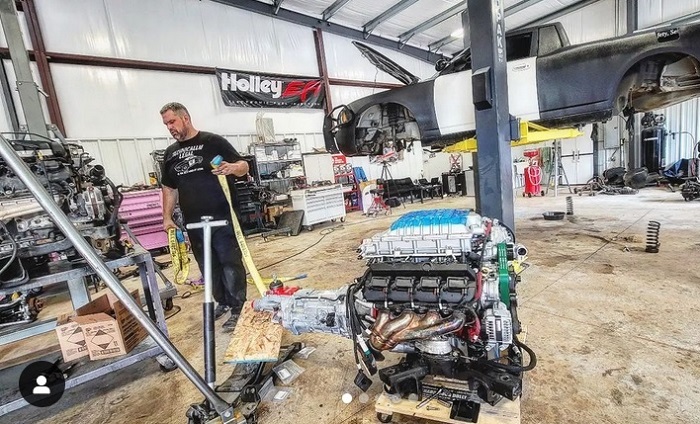 Westen Champlin – Update: We have confirmed that Westen is bringing a Dodge Challenger this year, but we have not seen any pictures of it yet. Last year, his Tim Barth-tuned Charger Hellcat was painted like a fighter jet, as shown below. We don’t know what his Challenger will look like, he we expect that it will have the horns on the grill. 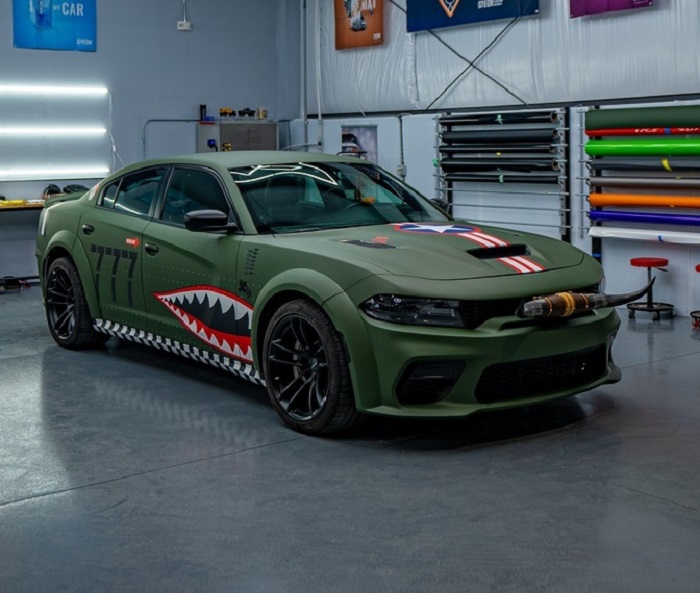 Alex Taylor – She mentions that her Redeye crate engine is going in a “Savoy”, which we assume is a classic Plymouth Savoy, but with everyone else using a Dodge, is would be odd for someone to race a Plymouth – especially with Taylor being the returning winner from 2021. We do know that the teams from 2021 had to give the vehicles back, so she isn’t likely to have a car like the one shown below from last year. However, this is sole image from last year’s competitors included in their year’s press release. 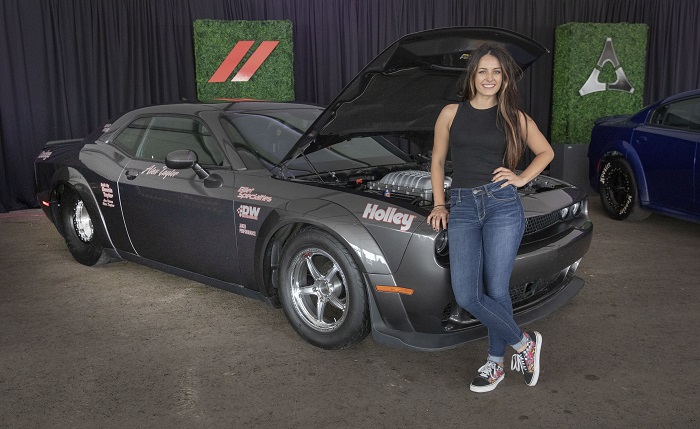 Update: We were sent this image from Instagram, showing Taylor’s Savoy. 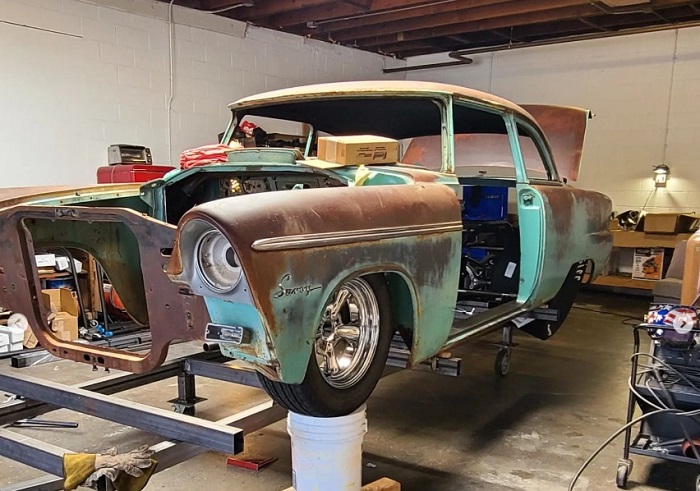 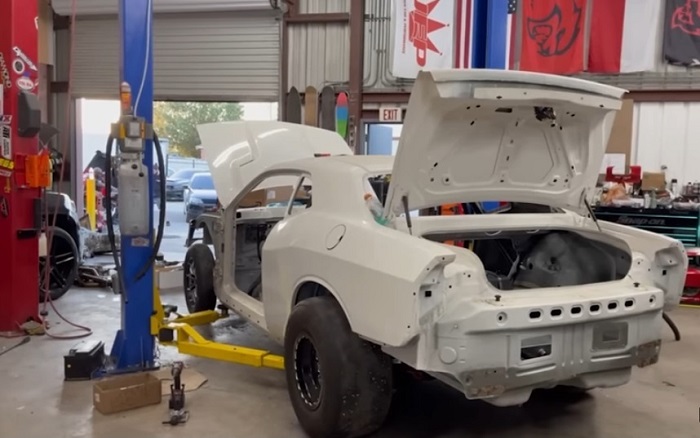 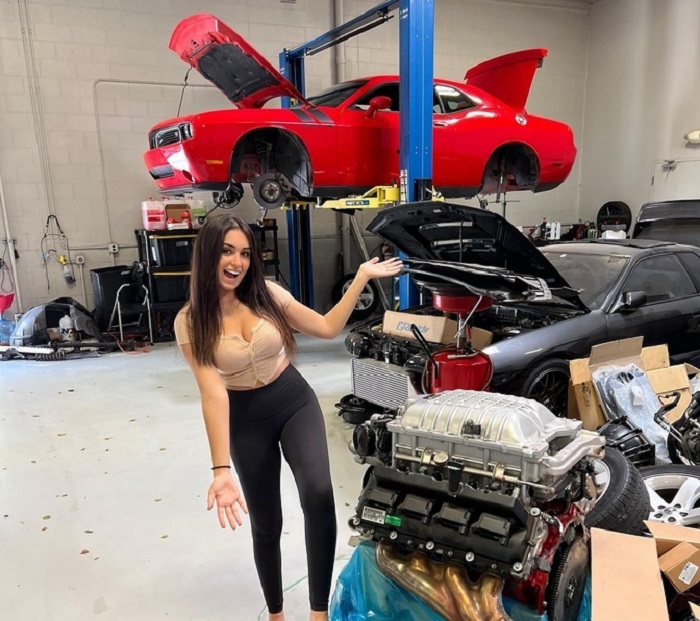 Collete Davis – 1960s Dodge Lancer (see it behind her in orange) 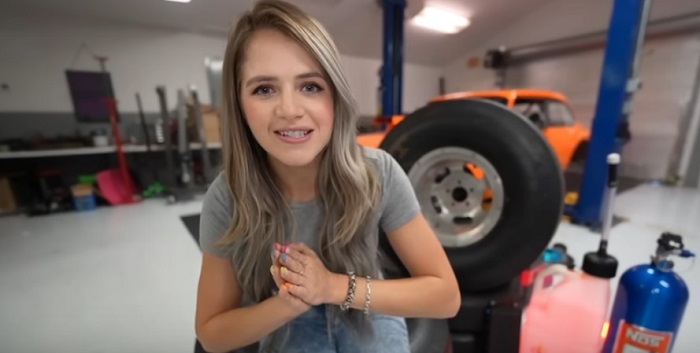 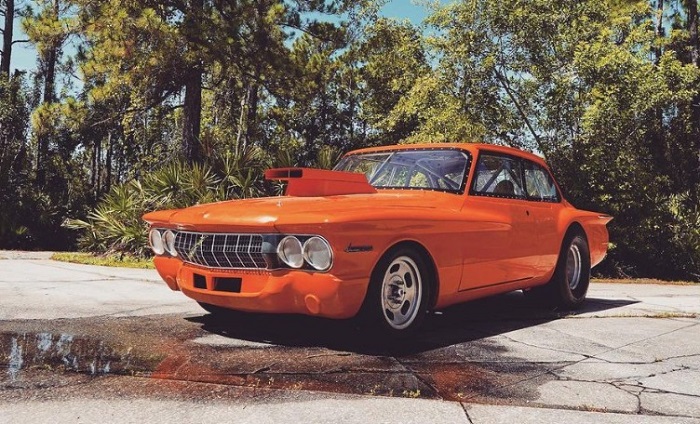 Based on his experience with the modern Dodge Challenger platform, Herman Young should have an advantage over the competitors, but he races a Demon with a specially prepared automatic transmission – so launching his Roadkill race car with a manual is a whole different ordeal. Meanwhile, I suspect that a few of these competitors have never tried to make a drag strip pass in a rear-drive car with 800+ horsepower with any transmission, so hopefully they just keep the cars pointed down track.