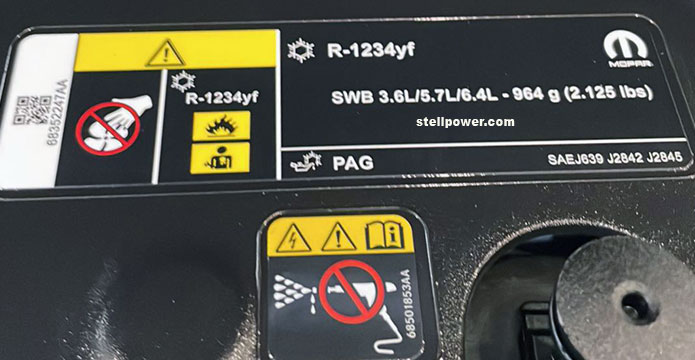 Before the Jeep Wagoneer was released, some believed that the Grand Wagoneer would not simply be a higher-trim version with a much bigger engine, but that it would be longer, as well. That would fit the tradition of Grand Caravans, Grand Voyagers, Grand Cherokees, and, of course, Grand Wagoneers (though the last one was complicated—see below).

Could we still see a long wheelbase Grand Wagoneer? Here’s a hint, from an existing Wagoneer:

That’s the air conditioning label from a 2022 Jeep Wagoneer, sent in by long-time reader Matt K, and you may have noticed two points of interest already.

First, the list of engines is preceded by “SWB,” which almost invariably means “short wheelbase.”

Second, the list of engines includes the 3.6L, which is almost certainly the Pentastar V6.

We did check out the part number on the label, and it does indeed correspond to the Jeep Wagoneer. That suggests one of many possibilities:

Matt did check with friends at the Warren plant, and it seems so far no prototype long wheelbase Wagoneers have been made. Jeep, if you’re reading this and have a long wheelbase Wagoneer up your sleeves for 2023, here’s a thought: instead of Wagoneer L, call it Super Wagoneer. That’s a name Jeep has used before, albeit for a high-trim model, rather than a long-wheelbase model; it rolls off the tongue a little easier than “L.” 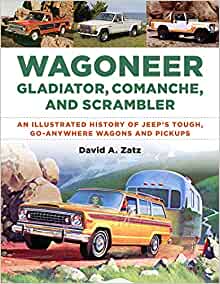 Even the Grand Cherokee story is a little complicated; it was originally just meant to be a replacement for the old XJ Cherokee, but when Chrysler bought Jeep, there was suddenly enough factory capacity to make both the old version and the new one. Jeep made the new vehicle with a higher level of trim and inserted the word “Grand,” and kept selling the old Cherokee. They finally came out with a new-new generation Cherokee, but hoping to repeat the same feat, renamed it (in the U.S.) to Liberty and kept selling the old model. The formula did not work as well this time, and the XJ was finally retired a few months later.